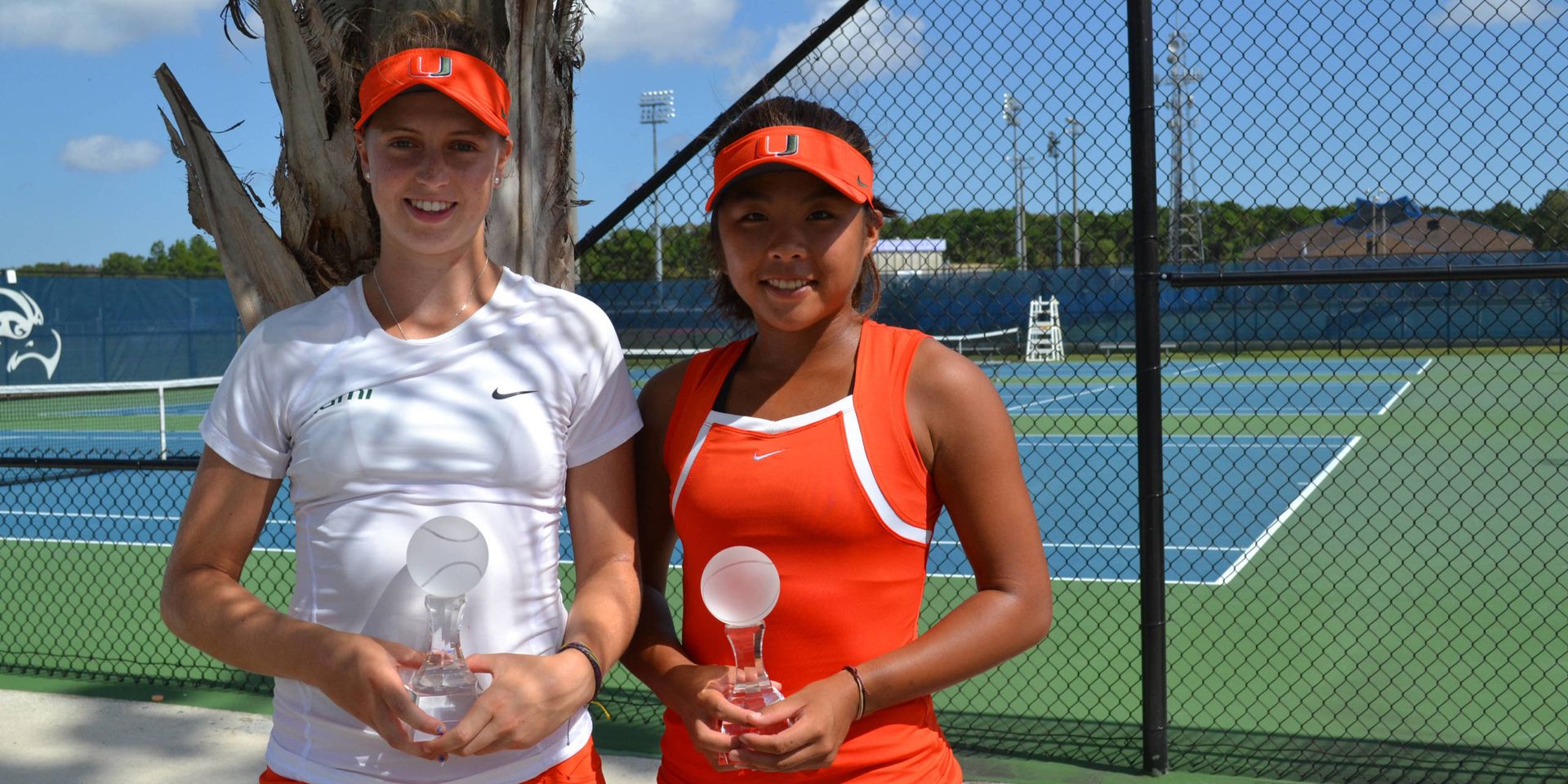 JACKSONVILLE, Fla. – The University of Miami women’s tennis team freshmen finished their weekend at the Bedford Cup with a bang, securing the singles and doubles championships.

Sinead Lohan opened the day facing UF’s Peggy Porter in the final of the Flight A singles bracket. Lohan captured the crown in straight sets, 6-2, 6-4.

Despite playing and winning three matches a day earlier, the freshman was able to overcome fatigue Sunday afternoon and displayed the characteristics of a veteran.

Vallverdu is hoping Lohan’s focus this weekend can translate into practice during the week.

“We need to get her at that level Monday through Friday on the practice courts,” she explained. “She is on the right path and understanding our philosophies. We are very happy for her and the program.”

But, Lohan’s afternoon was not done just yet.

She returned to the courts and joined teammate and fellow freshman Wendy Zhang in the final of the Flight A doubles bracket to take on Florida’s Stefani Stojic and Belinda Woolcock.

Lohan and Zhang were able to defeat the Gator pair, 8-6, giving the Hurricanes the championships in both the singles and doubles Flight A brackets.

“We are happy with the representation of our freshmen at the Bedford Cup and especially happy we were able to bring both the singles and doubels titles to Miami,” Vallverdu said. “Wendy has the ability to play fearlessly on the doubles court. With work she will develop into a great doubles player.”

The Hurricanes return to action next weekend at the ITA Regionals in Atlanta, Ga.