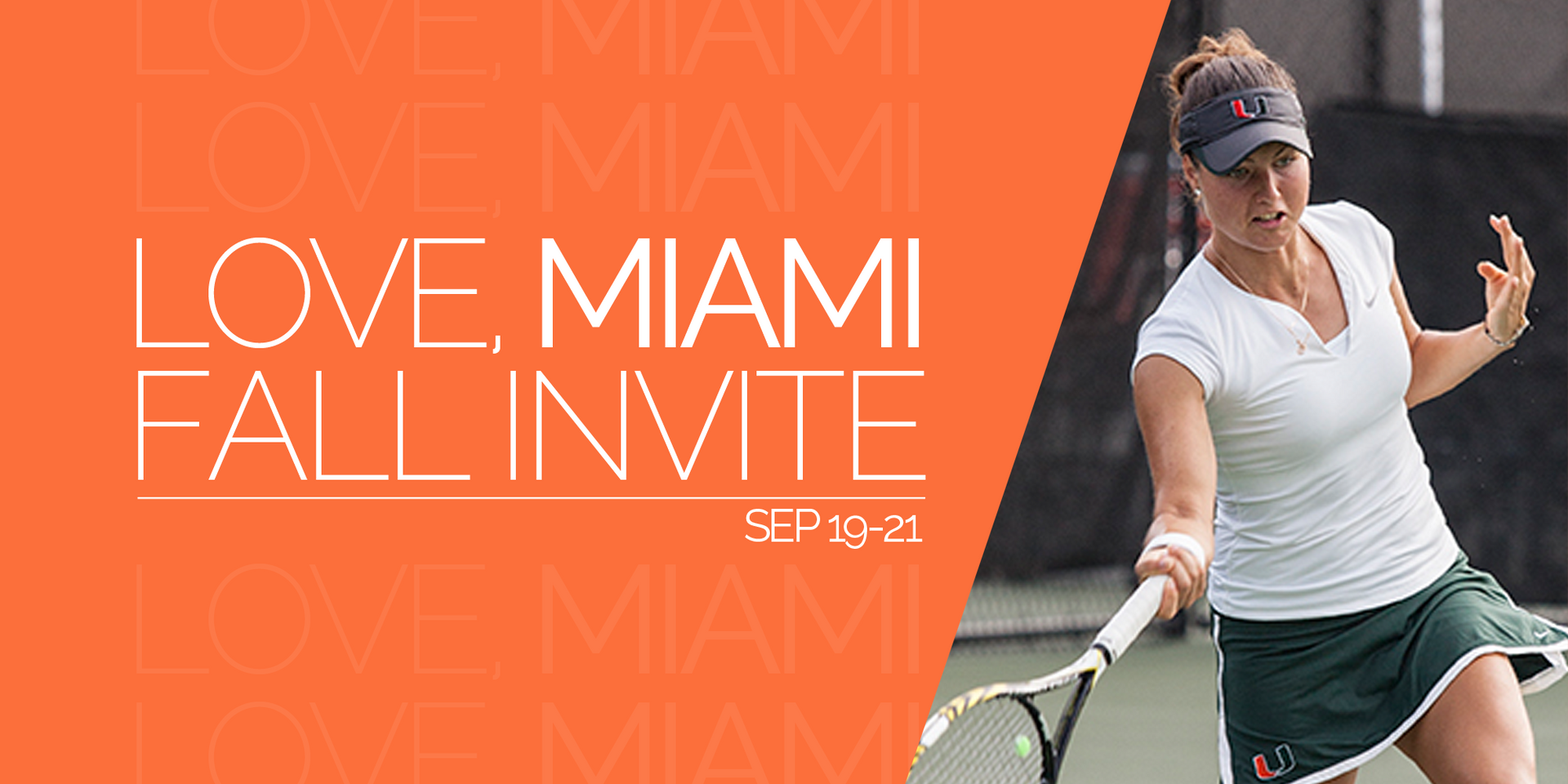 The final day of the tournament began with a continuation from Saturday’s doubles matches that were cut short due to rain.

In their second win against a top-10 doubles team in two days, Wagner and Lileikite handed Miami’s top doubles team an 8-5 loss. In the green doubles bracket, freshmen Wendy Zhang and Sinead Lohan fell to Reka Muller and Jennifer Pfeifler in the final by a score of 8-6. In the consolation third place match, USF’s Laura Argente and Hailey Grillo defeated Canes’ freshman Silvia Fuentes and Judith Bohnenkamp 8-6.

Moving into singles, Wagner defeated Auburn’s Paula de Man and Riobueno took down Flickinger to set up a Miami vs. Miami match in the orange semifinal. In both of their final singles matches of the tournament, Wagner bested Riobueno 6-3, 6-1.

Albuquerque defeated Auburn’s Andie Dikosavljevic in straight sets to advance herself to the semfinal of the green singles draw. There, she found herself down 4-0 in the opening frame to USF’s Olga Martinez. The senior from Brazil battled back to win the first set 7-5 before cruising to a 6-2 win in the second.

Lileikite finished her final day of the tournament in even better fashion than she started it. The junior picked up a 6-2, 6-1 win against Auburn’s Michala Kucharova to earn a spot in the bottom half of the orange semfinal. Up against 36th-ranked Pleun Burgmans, the Latvia native won a tight first set 7-5 before finalizing a 6-4 win in the second frame.

Miami’s freshman Zhang finished off the tournament with two impressive singles victories. In the quarterfinal of the orange singles bracket, Zhang defeated Pitt’s Amanda Wickman in straight sets 6-2, 6-0. Later on in the afternoon, she handed Auburn’s Jennifer Pfeifler a 6-1, 6-0 loss.

Another Hurricane freshman, Judith Bohnenkamp, was taken down by Pittsburgh’s Katherine Castro 6-0, 6-3. In her second match of the day, Bohnenkamp fell in a tough match 6-4, 7-6, 7-5 against Auburn’s MK Lewis. Miami’s other freshman, Sinead Lohan, was defeated by Auburn’s Burgmans in her only match of the day.