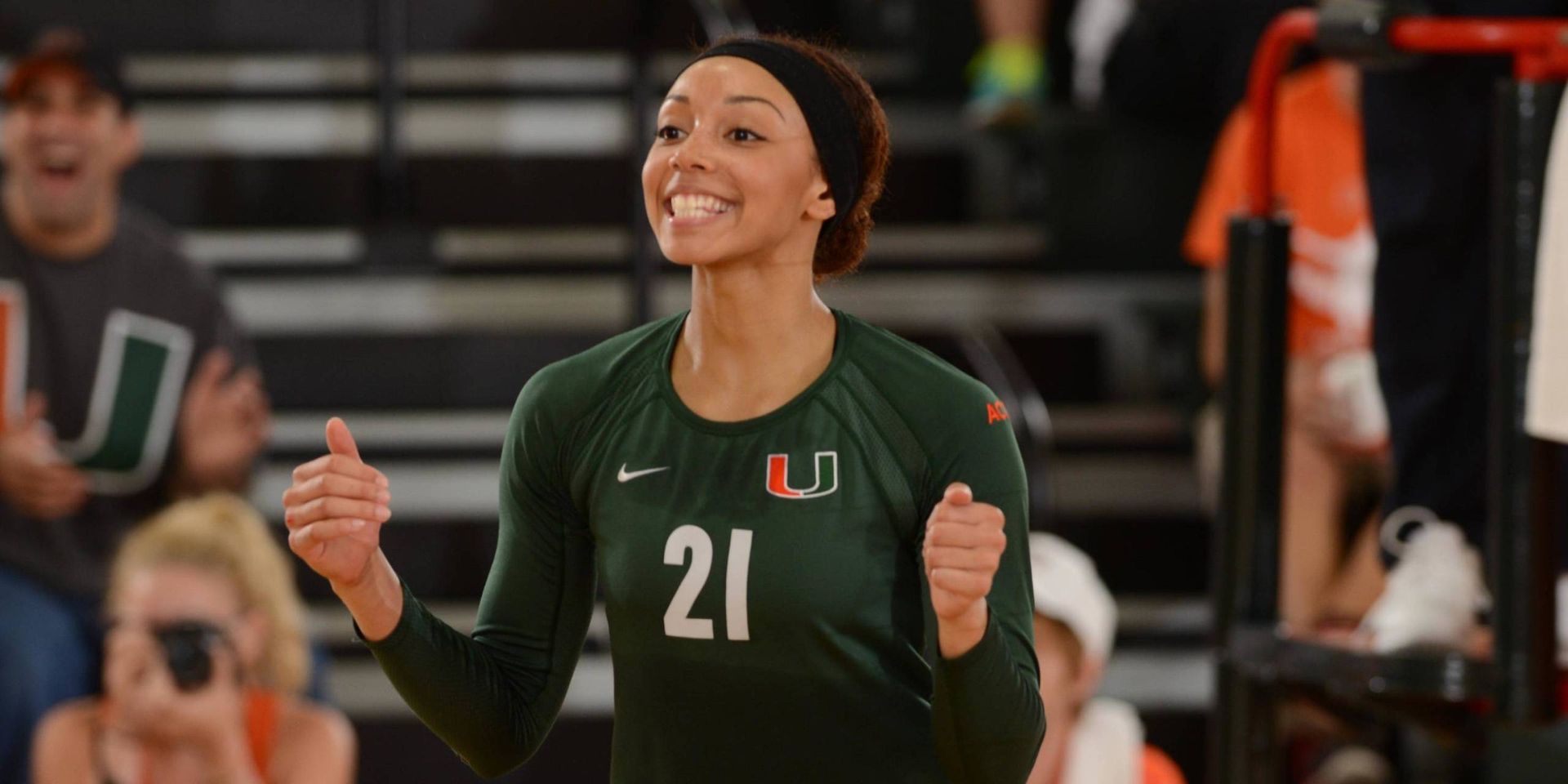 Savanah Leaf celebrated her birthday with a big performance, leading Miami with 11 kills. The junior outside hitter also tallied 13 digs and three blocks in the win over Wake Forest.

Middle blockers Emani Sims and Alexis Mourning made a difference at the net. Sims added eight kills and a team-high seven blocks, while Mourning had 10 kills and five blocks to go with her team-best .500 attack percentage.

Blair Fuentez was a force with her power serve, collecting ­three aces against Wake Forest. The junior setter also distributed 34 assists and had three blocks against the Demon Deacons.

Next week, the Canes will host their final two home matches of the season. Miami will welcome Georgia Tech on Wed., Nov. 27 at 7 p.m. Two days later, the Hurricanes will honor seniors Johnson, Shaffer and Julia Giampaolo prior to the 7 p.m. match against Clemson.