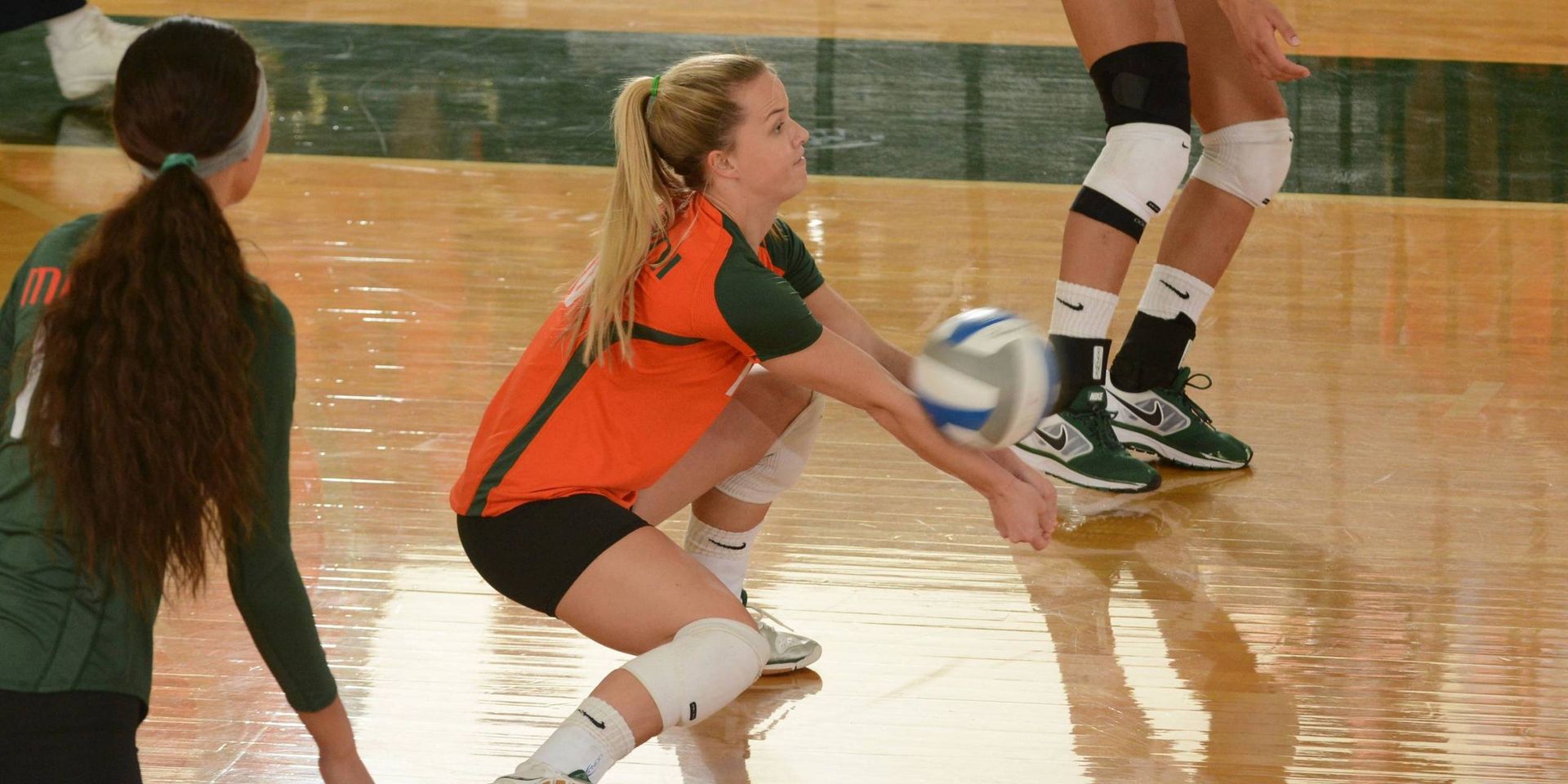 The Canes (16-10, 9-7 ACC) started strong, taking the first set 25-20 thanks to a balanced attack. Savanah Leaf led the Canes with five kills in the first set, while Alex Johnson (four kill) and Misty Ma’a (three kills) were also key hitters for Miami.

“Wins are always good,” Miami head coach Jose “Keno” Gandara said. “It was good to play well. We took advantage of some stuff we had been working on. We served well. We took care of the ball.”

The Hurricanes kept their strong play going in the second set, beating the Irish 25-14. Miami took a 2-0 advantage into the intermission, but that was not the only positive to come out of the second set.

“It’s exciting. I think it’s cool and I’m happy, “Shaffer said. “It just means that I’ve been doing my job. I wasn’t really concerned about that. I’d rather get wins, but it’s a good thing to have.”

Miami wrapped up the victory with a 25-22 win in the third set. The Hurricanes had three hitters finish the match with double-digit kills thanks in part to Blair Fuentez’s 42 assists. The junior also had six digs and a block against the Irish.

Leaf and Ma’a recorded double-doubles, with Leaf tallying 17 kills and 10 digs and Ma’a collecting 11 kills and 13 digs against Notre Dame. Johnson, who had 10 kills, seven digs, four blocks and two aces, was Miami’s third hitter with at least 10 kills.

“That’s what we try to do most of the time,” Gandara said of Miami’s balanced attack. “I think we got some easy opportunities to move the ball around. We got a lot of free balls as balls came back a lot. We served well. It was nice to get some people involved.”

Middle blockers Emani Sims and Alexis Mourning were also active at the net, combining for 13 kills and six blocks. Mourning also added an ace, while Sims led the Canes with a .667 attack percentage.

Shaffer, who entered the match with 2,000 digs, led the Canes with 17 on the night to bring her career total to 2,017. She will look to add to that number over Miami’s final four regular season matches.

“Any kid that goes to college wants to leave a mark and she has done her job,” Gandara said. “It is neat to be a part of it, even though I just got here. It’s been great to meet her and coach her. She’s worked hard and deserves it for sure.”

The Canes are back in action next weekend when they will host Duke and Wake Forest in the second of three consecutive home weeks. The match against Duke is scheduled for Friday, Nov. 22 at 7 p.m., while the Wake Forest match is schedule for 1 p.m. on Sunday, Nov. 24.