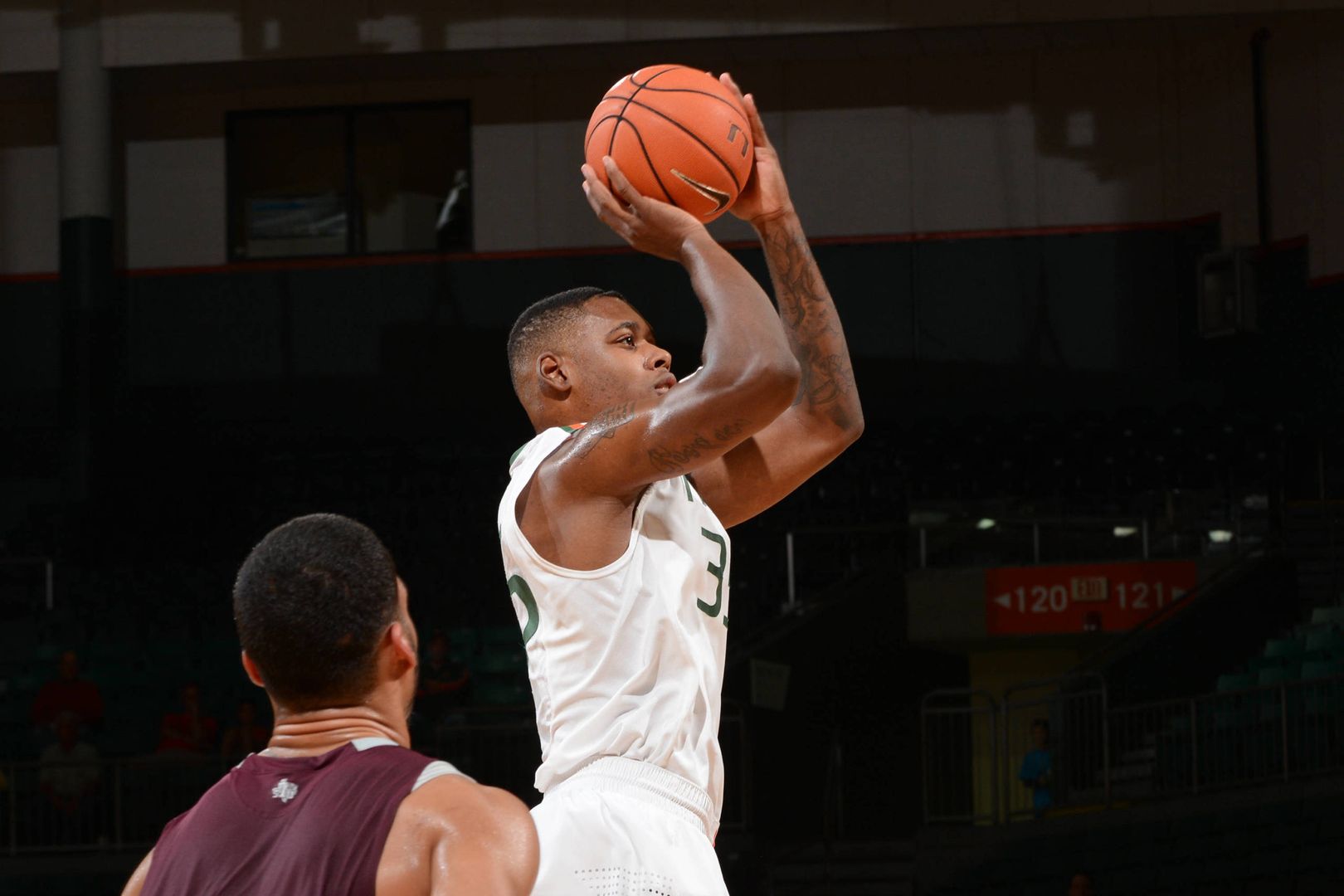 The Hurricanes recovered from a 12-0 deficit 5:17 into the game and shot 18-of-28 from the field the rest of the first half. Miami missed its first eight shots.

Davon Reed hit three 3-pointers to key the Miami comeback. Reed’s third conversion from behind the arc gave the Hurricanes a 30-22 lead with 4:10 remaining. Reed had nine of his 11 points in the first half.

Donnavan Kirk scored 15 points and Rion Brown finished with 13 points and 10 rebounds and had nine assists for the Hurricanes (2-1).

The Hurricanes had their first double-digit lead, 41-29, on Garrius Adams’ 3-pointer with 1:04 left.

Kelly’s 3-pointer with 24 seconds remaining gave Miami a 44-32 lead at halftime. The Hurricanes finished the first half shooting 8-of-13 from behind the arc.

Miami had its first 20-point lead on Donnavan Kirk’s tip-in with 12:06 left in the second half for a 63-43 advantage. Kirk’s three-point play with 9:40 remaining gave the Hurricanes their largest lead at 73-49.

Miami sophomore center Tonye Jekiri suffered an undisclosed injury to his right knee with 3:56 remaining in the first half. Jekiri, who needed assistance to leave the court, did not return to the game.

Miami has made 16 three-pointers over the last two games after making zero in the opener against St. Francis Brooklyn.

Miami’s 44-32 halftime lead was its largest of the season.

Texas Southern called their first timeout 54 seconds into the game; the score was still tied at zero.

Miami started 0-8 from the field before making their first shot at 13:51 of the first half. Donnavan Kirk made a 7-foot runner in the lane.

Newcomers were a factor in the comeback, scoring 13 of the Canes’ first 15 points.

Rion Brown was one assist from notching a triple-double, recording 13 points, 11 rebounds and nine assists. He also had three steals.

James Kelly hit the first three of his Miami career, and ended with a trio from long distance.Kelly set career highs in two statistical categories in just the first half, scoring eight points and grabbing five rebounds. He finished the game with 17 points and seven rebounds.

Donnavan Kirk recorded a block for the third game in a row.

In his past two games, Manu Lecomte has recorded five assists, two steals and zero turnovers. He also has seven rebounds and 24 points.

Raphael Akpejiori scored his first points of the 2013-14 season, a put back with 2:15 left in the second half.