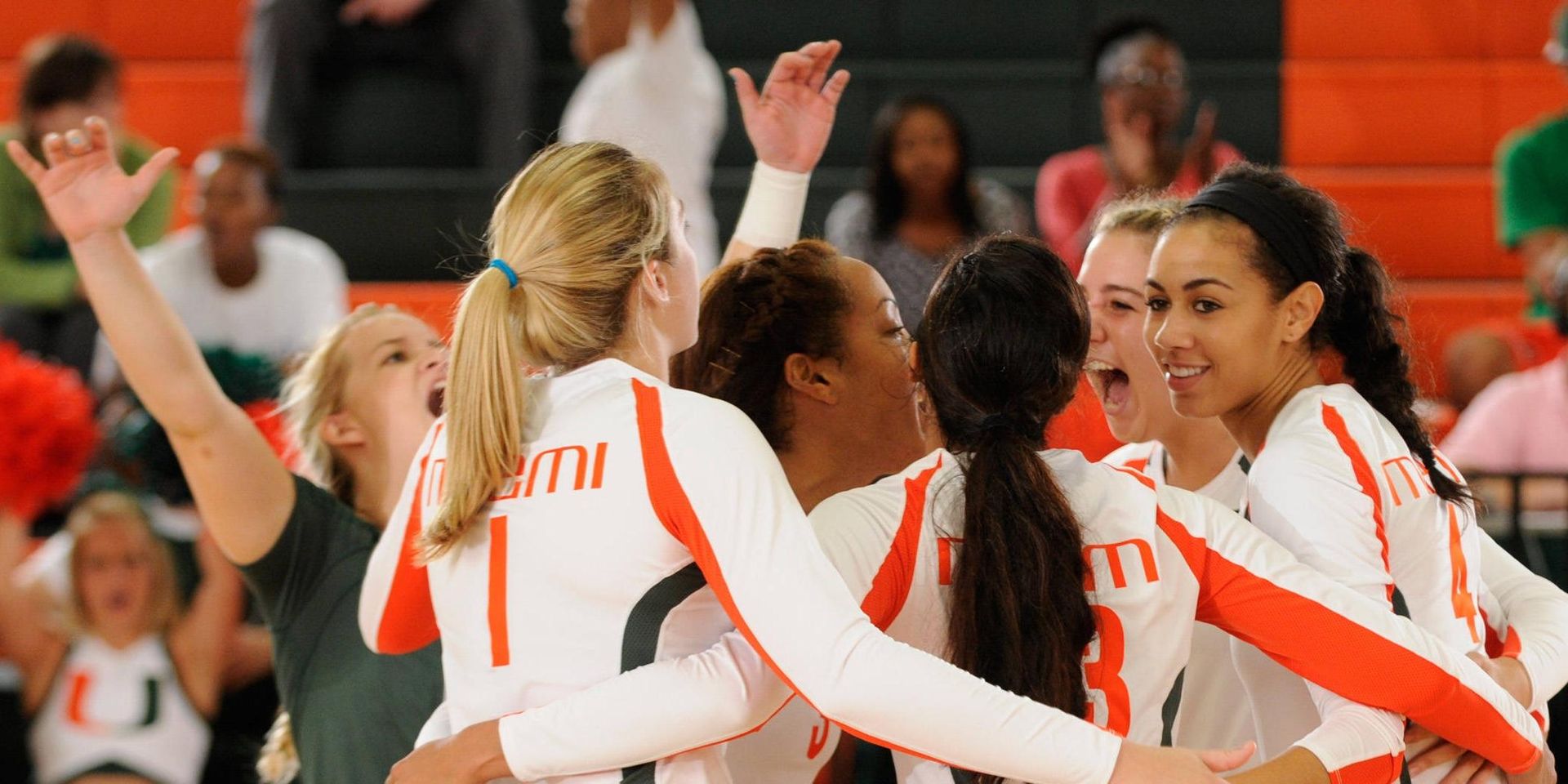 CORAL GABLES, Fla. – The University of Miami volleyball team hosts a pair of key conference matches this week against No. 22 Florida State and Notre Dame.

The Canes will face in-state rival FSU at 7 p.m. on Wednesday, Nov. 13. All Canes fans are encouraged to wear orange in support of their favorite team as they take on the Seminoles at the Knight Sports Complex. Any fan wearing orange will receive $1 off admission and University of Miami students who show a valid student ID will receive an orange volleyball T-shirt while supplies last.

Two days later, Miami will host Notre Dame at the Knight Sports Complex in their first trip to Coral Gables since joining the ACC. First serve against the Fighting Irish is set for 7 p.m. on Friday, Nov. 15. There is a special 2-for-1 promotion available for Friday’s match that will grant anyone who attends the volleyball match with free admission to the women’s basketball game that night against Middle Tennessee. The women’s hoops game is scheduled to tipoff at 8 p.m. at the BankUnited Center.

The Hurricanes will look to several hitters to be active against the Noles and Irish this week. Savanah Leaf, who combined for 31 kills against FSU and Notre Dame this year, is Miami’s kills leader and will be a key player in this week’s matches.

Senior Alex Johnson and sophomore Misty Ma’a will factor into Miami’s plans as the two versatile players can contribute in a variety of ways for the Canes. Johnson, who has 10 double-doubles on the season, ranks second on the team in kills, service aces and digs. Ma’a ranks among the Top 5 Canes in kills and digs.

Middle blockers Emani Sims and Alexis Mourning are key components of Miami’s attack and defense at the net. The two juniors are Miami’s most efficient hitters with Mourning leading the Canes with a .337 attack percentage and Sims ranking second at .333. Defensively, Sims leads the Canes with 119 blocks and Mourning has added 102 blocks this season.

The back row defense is anchored by senior Ryan Shaffer. The defensive specialist leads Miami with 414 digs this season and sits just 32 digs behind Miami’s all-time digs leader, Cassie Loessberg (2,008). Shaffer will try to best the Noles and Irish, as well as Loessberg’s career digs record, this weekend.

Following this weekend’s matches, the Canes will host Duke and Wake Forest in the second of three consecutive home weeks. The match against Duke is scheduled for Friday, Nov. 22 at 7 p.m., while the Wake Forest match is schedule for 1 p.m. on Sunday, Nov. 24.