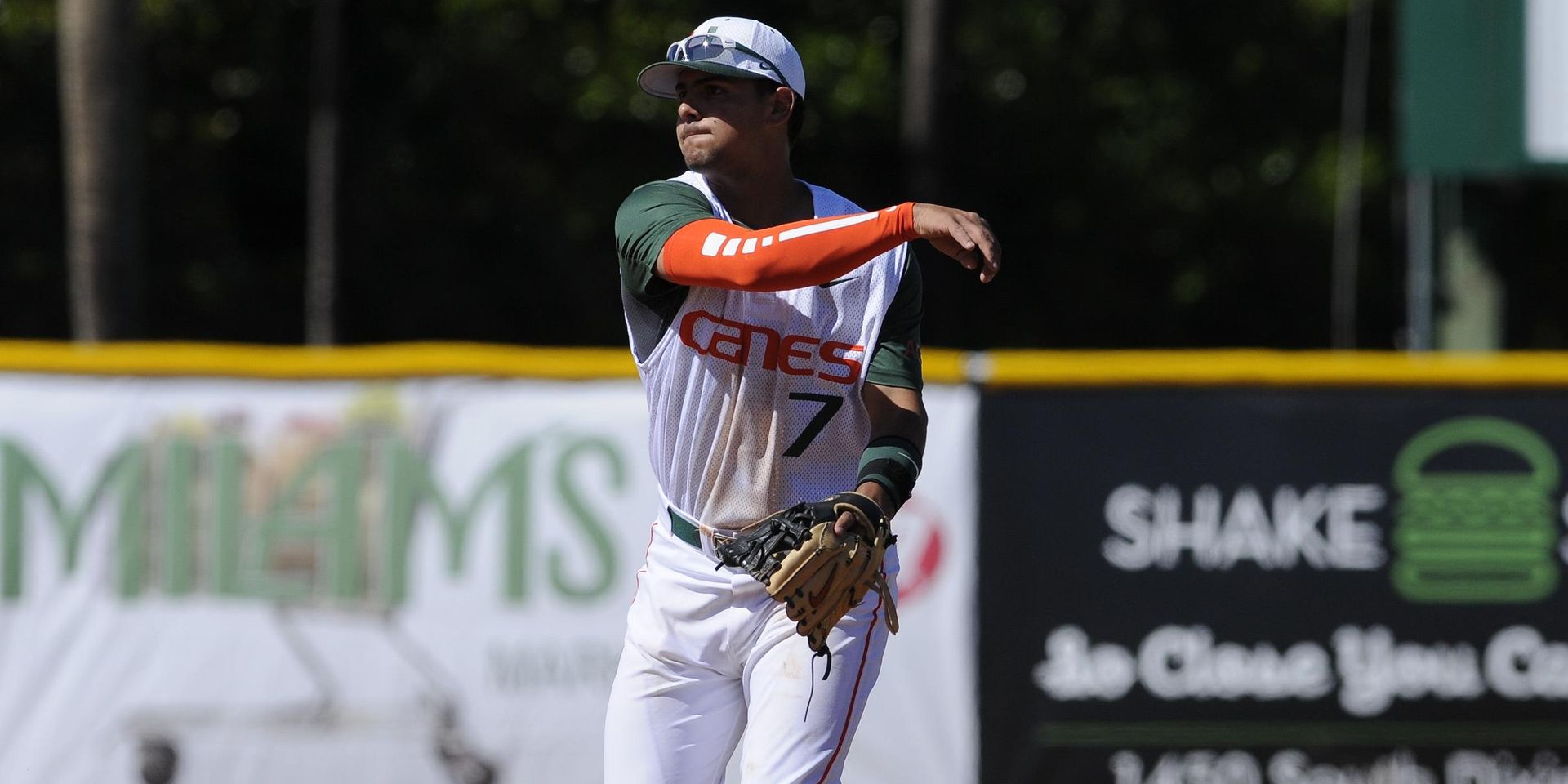 CORAL GABLES, Fla. — The Miami Hurricanes wrapped up their rivalry weekend with fifth-ranked Florida State in disappointing fashion Sunday afternoon, dropping the series finale by a final score of 5-1.

Just one day after Bryan Radziewski tossed seven shutout innings in a 6-0 Miami victory, the Seminoles tagged Hurricanes starter Andrew Suarez for five runs in the game’s first four innings. While freshman lefty Thomas Woodrey and the rest of the bullpen pitched well in relief, the early deficit was too much to overcome, as Miami dropped its series to the Atlantic Division-leading Seminoles.

For the third straight game this weekend, it was the Hurricanes (21-14, 6-9 ACC) who struck first.

After allowing a double to junior Alex Hernandez down the third base line, Florida State (27-5, 10-5 ACC) starter Scott Sitz was charged an unearned run on what appeared to be a routine groundout from senior Chantz Mack. First baseman John Nogowski’s throw made its way past Sitz, who was covering at first on the play, and Hernandez wheeled his way around from second to make it 1-0.

Suarez was unable to maintain the lead, however, as the Seminoles struck for five runs over the game’s next three innings. The Miami, Fla., native yielded eight hits in his brief four-inning stint. He struck out five batters and walked two. A sacrifice fly from Giovanny Alfonzo tied the game at 1-1 in the top of the second, while a Suarez wild pitch gave FSU an early 2-1 lead.

The Seminoles would tack on three more runs on an error charged to Hernandez, a sacrifice fly from John Nogowski and an RBI single from Jose Brizuela.

Lefthanders Woodrey and AJ Salcines combined to pitch five scoreless innings in relief, but the Hurricanes were kept in check by a career high-tying eight innings from Sitz.

The Hurricanes will return to Alex Rodriguez Park at Mark Light Field Wednesday to wrap up their five-game homestand. First pitch for the matchup with Stetson is set for 6 p.m.