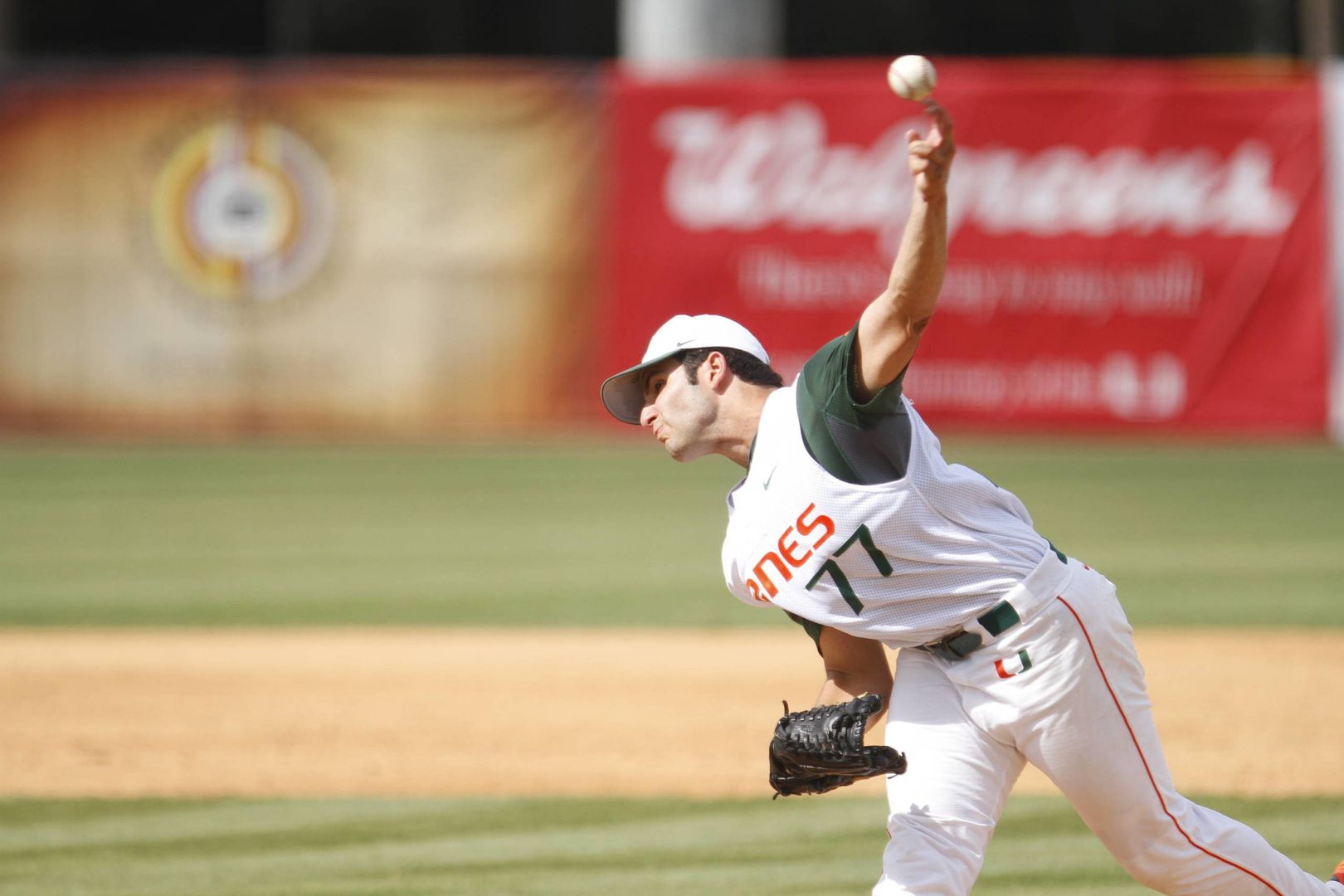 “It feels great,” Radziewski said after the game. “Hard work pays off.”

Radziewski,making only his second start in 2013, opened the game by striking out the sidein the first inning. He would record multiple strikeouts in each of his nextfour frames, finishing with a new career high and registering the firstdouble-digit strikeout performance by a Miami pitcher this season.

“Thebiggest thing to see is that he’s healthy,” head coach Jim Morris said. “I know he can win, I know he canpitch in big games, he pitched on Friday nights as a freshman and beat verygood teams.”

The Miami,Fla., native, coming off season-ending shoulder surgery in 2012, faced theminimum of 15 batters through his five innings, and didn’t allow a hit in hislongest stint of the season.

“Tonighthe beat a good club in Central Florida,” Morris continued. “He can beat anyone on our scheduleon a given night. If he’s healthy, he can win.”

FreshmanDavid Thompson gave the Hurricanes (12-2) all the offense they would need inthe first inning, connecting on his second career homerun over the rightfieldfence. The opposite-field shot, which plated senior Chantz Mack, proved to bethe early game-winner.

“He was working everyone away and didn’t throw real hard,” Thompson said. “He left a fastball up over the outside part of the plate, and wind helped it out a little bit.”

Junior BradFieger connected on an RBI single in the fourth that extended his career-best13 game hitting streak, while a bases-loaded walk issued to senior MichaelBroad in the sixth and an RBI single from senior Alex San Juan in the eighthhelped clinch Miami’s fifth consecutive midweek victory.

TheHurricanes’ bullpen was impressive yet again, as senior Eric Whaley, sophomoreAlexander Fernandez and senior Eric Nedeljkovic combined to finish off Miami’ssecond shutout of the season and first since opening weekend against Rutgers.