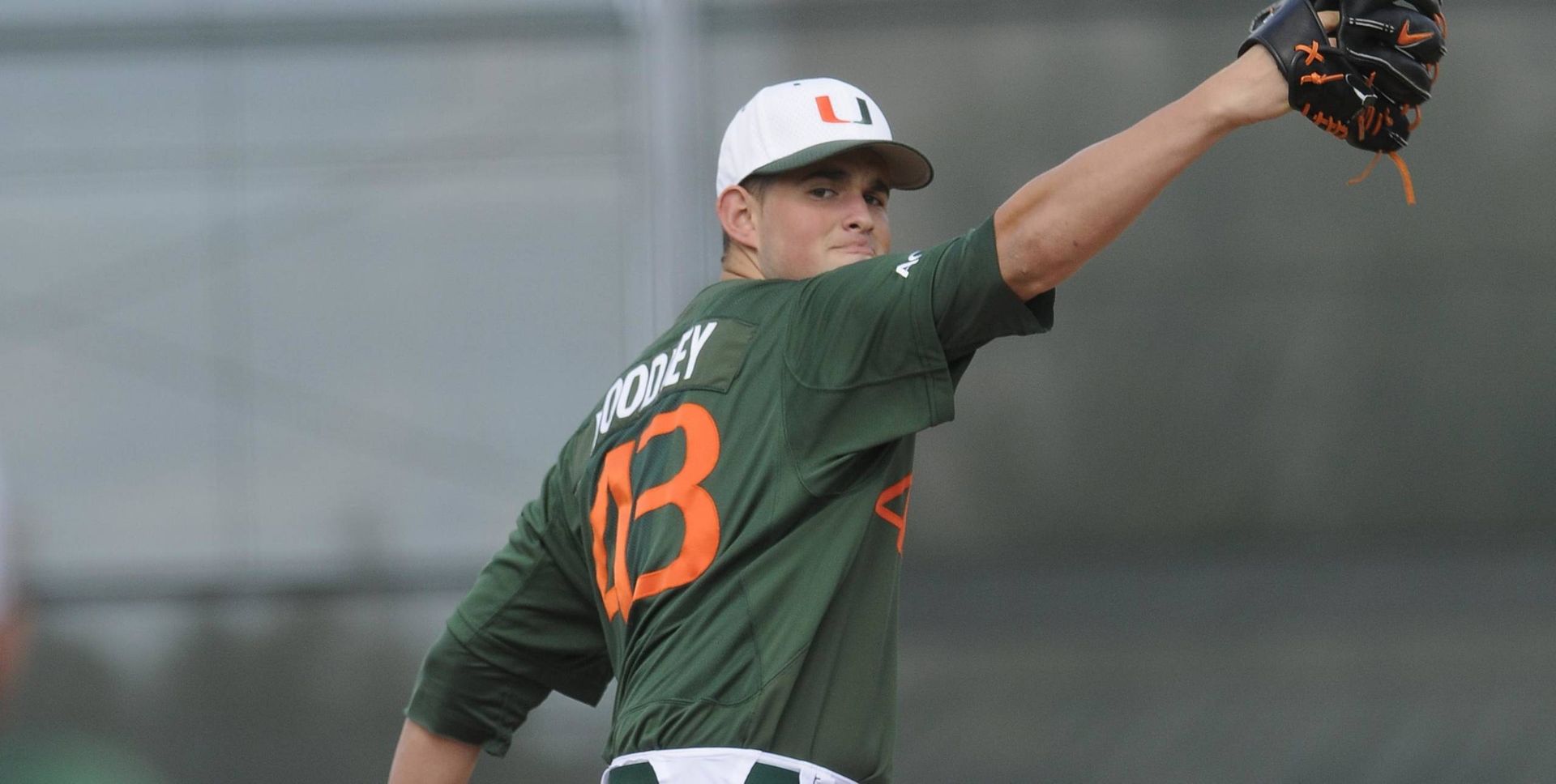 No. 24 @CanesBaseball Cruises Past Maine 6-2

Woodrey, making only his third collegiate start, went acareer-high eight innings in the victory. The Lighthouse Point, Fla., nativescattered three hits across his outing, striking out two batters while walkingonly one. It was the second consecutive win for Woodrey, who improved hispersonal record to 2-0 and lowered his ERA to 2.41.

The freshman, who was on a 90 pitch count according to head coach Jim Morris, was pulled after eight strong innings in favor of freshman reliever Frank Grandinette.

Miami (11-2) struck first for the sixth consecutive game,plating a run on an RBI single from shortstop Brandon Lopez in the secondinning to take an early 1-0 advantage. The single, which chopped over the headof Black Bears’ third baseman Eric White, extended Lopez’ hit streak to acareer-best seven consecutive games.

The Hurricanes exploded for four runs in the bottom of theseventh to take a commanding 6-1 lead. Miami loaded the bases, as walks to AlexHernandez and Christopher Barr were sandwiched around a successful bunt fromsenior Chantz Mack. With his leadoff walk, Hernandez reached base for the 13th consecutive game to open his Hurricanes career.

A two-RBI single from junior Brad Fieger, who extended hishitting streak to 12 consecutive games, and another RBI single from Lopezhelped spark the late offensive surge.

Freshman Ricky Eusebio, starting his second consecutive game in centerfield, finished with his second career multihit game. The Miami, Fla., native scored two runs on the night, both of which came on Maine miscues. Eusebio scored in the bottom of the third on a passed ball, and scored again via passed ball in the decisive seventh inning.

The freshman sparkplug now has four hits and three runs scored in his past two games.

Grandinette came on in relief of Woodrey,battling his way to the final three outs of the game. The Orlando, Fla.,native, making his team-leading eighth appearance, gave up one earned run,helping Miami finish off the 6-2 win.

The Hurricanes return to Alex Rodriguez Park on Wednesday for a midweek tilt with visiting UCF. First pitch is set for 6 p.m.