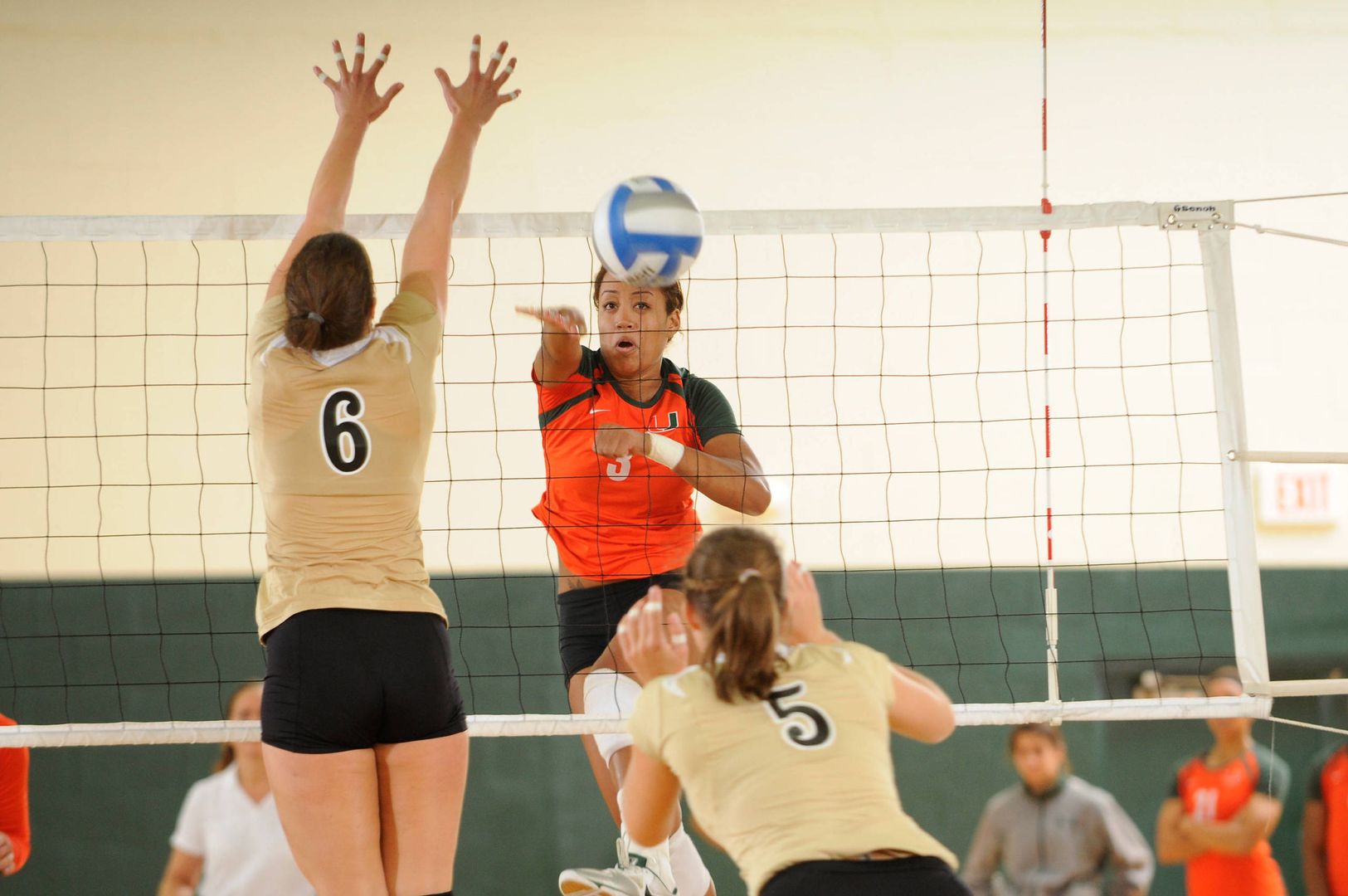 ATLANTA – No. 24 Miami volleyball extendedits winning streak to eight matches after defeating Georgia Tech in three setson Sunday at O’Keefe Gymnasium in a match televised by RSN. It was the seventhsweep of the season for the Hurricanes.

“Itwas really a complete effort today and it started with our passing and defense,”head coach Nicole Lantagne Welch said. “We were able to handle the ball reallywell and all of our attackers hit over .300, which is amazing. I think we wereable to frustrate them with our defense and the ability to side-out. It was anothergreat team win.”

Junioroutside hitter Taylor Hollins picked up her team-leading 15thdouble-double of the season with 16 digs and 11 kills, while sophomore outsidehitter Savanah Leaf had a team-high 12 kills to spark the Canes. Sophomoremiddle blocker Emani Sims backed her record-setting performance at Clemson with11 kills and seven total blocks.

Playingin a hostile environment, Miami took the first set behind five kills apiecefrom Hollins and Leaf, with Sundararaman collecting 17 assists. After the teamssplit the first 22 points, the Canes went on a 5-1 run to take a lead it wouldnot relinquish. Georgia Tech brought it to within 24-22, but Sims put down akill to give the visitors the opener. UM has taken the first set in 14 of 21matches this season.

TheYellow Jackets responded in the second with a rally to overcome a late four-pointdeficit. Miami had first chance at the set with a 24-23 lead, but Georgia Techwon the next two exchanges for a set point of their own. After UM fended thatoff, the hosts once again had an opportunity to tie the match, but sophomore middleblocker Alexis Mourning put down two kills and combined with Sundararaman on ablock to push the match lead to 2-0.

Lookingto close it out on the road, UM ran out to a 16-9 lead in the third and neverlooked back to clinch the win and sweep the four-match road trip. A block byMourning and Sundararaman ended the day, as the Canes put down 14.0 total teamblocks. In addition, Miami hit at a clip of .406 for the match.

TheYellow Jackets suffered only their second home loss of the season, falling to15-7 on the season and 6-5 in the league. Monique Mead and Annie Czarnecki eachhad 12 kills for GT.

Coupledwith the five-set win at Clemson on Friday night, it marked the first timeMiami had ever won both matches on the CU-GT road trip.

“Ithink we took a big step up this week in our road performance and being able torise to the challenge,” Lantagne Welch said. “We have to keep improving as the seasoncontinues and working hard to move up the ladder.”

TheCanes will return home to the Knight Sports Complex on Friday looking to avengeits only ACC loss of the year versus Virginia Tech. First serve is set for 6p.m.