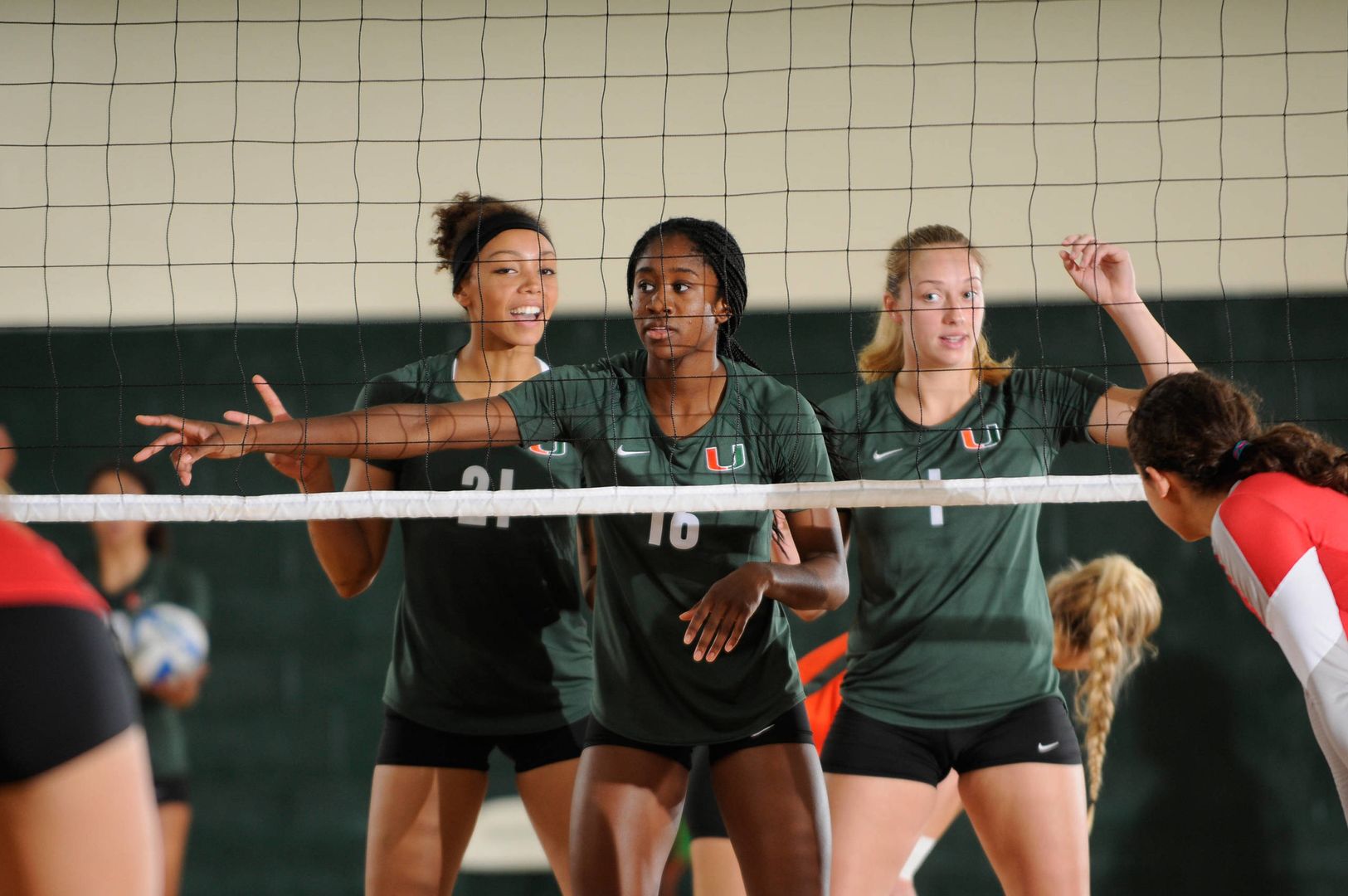 LOUISVILLE, Ky. – Sophomore Emani Sims notched acareer-high 17 kills to help lead the University of Miami volleyball team pastUNLV, 3-1, on Friday in the opener of the Louisville Tournament inside the KFCYum! Center. It was the first-ever meeting between the programs.

Sims,who was a Preseason All-ACC selection, also registered a career-high with 43attempts in the match to go along with the match-high 17 kills. The middleblocker additionally put down six total blocks to bring her season total up to35.

Seniorsetter Nrithya Sundararaman continued her consistent play with 49 assists tobump up her set average to 11.15 on the year. In addition, she recorded seventotal blocks for a new career best and had 10 digs.

JuniorRyan Shaffer once again led the Canes with 23 digs from the libero position.

The Rebelsjumped out to a 10-5 lead to take the early momentum in the first set. TheCanes responded by winning the next six points to go up 11-10. The teams wentback and forth from 17-17 all the way up to 24-24 in a tightly-contested openerthat went right down to the wire. Sophomore Alexis Mourning then laid down akill to give UM set point, and followed by combining with Sundararaman for ablock assist to give the Hurricanes the 1-0 advantage.

Themomentum continued in the second as Miami went ahead early and staved off UNLVto go up 2-0. The Rebels did not back down, though, as they built andcontrolled a cushion in the third to force another frame.

In thefourth, the Canes ran up a 6-0 advantage and held on late once again to sealits fourth four-set win of the year. Junior Alex Johnson knocked in her fourthservice ace of the day to end the match.

TheHurricanes will continue the Louisville Tournament on Saturday with a 1:30 p.m.match against Middle Tennessee before facing No. 12 Louisville at 7 p.m. Miamiis 1-0 against ranked foes this season.

NOTES
FreshmanMisty Ma’a made her collegiate debut with eight kills off the bench … TaylorHollins recorded her eighth double-double of the season with 12 kills and 12assists … Nicole Lantagne Welch is now 3-0 against current teams from theMountain West, each time winning 3-1 … UM is now 8-0 when holding a higherhitting percentage than its opponent … the 15.0 total team blocks were a seasonhigh.