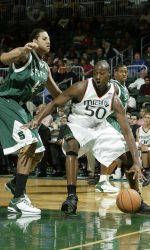 CORAL GABLES, Fla. (AP) – Guillermo Diaz scored 18 points and Robert Hite added 17, helping Miami pull away in the second half for a 65-56 win over winless Stetson on Tuesday night and extend the Hatters’ losing streak to 15 games dating back to last season.

Anthony King had 13 points and 10 rebounds for Miami, which plays No. 10 Louisville in the Orange Bowl Basketball Classic on Saturday.

Register had 13 points for Stetson, which has lost four of its games by nine points or less – but had dropped its last three outings by a combined 63 points. E.J. Gordon and Chief Kickingstallionsims each added 11 for the Hatters.