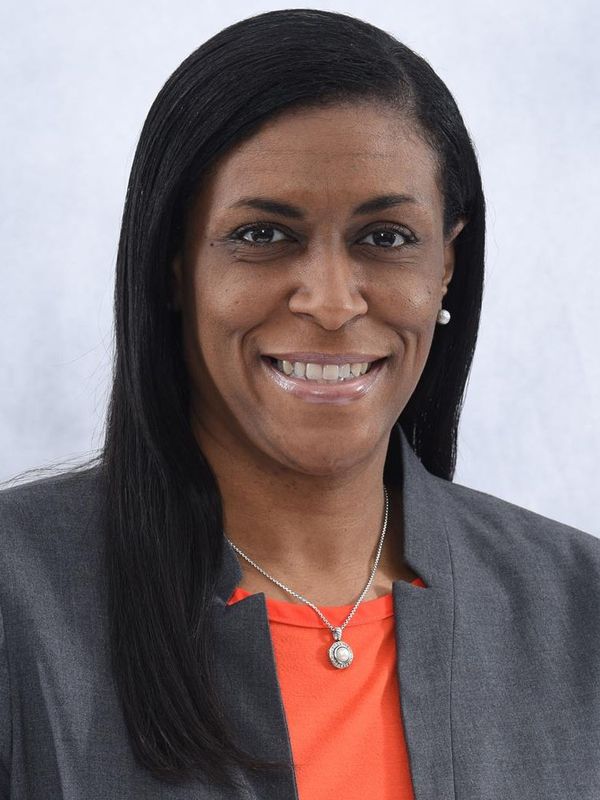 Shirelle Jackson is the Senior Associate Athletic Director of Student-Athlete Development at the University of Miami. Jackson initially joined Miami as the director of student-athlete development in March 2014 and was promoted to assistant AD in July 2016.  Elevated to her current title in August 2017, Jackson also oversees the Hurricanes’ track and field and cross country programs.

Prior to joining the athletics department, Jackson spent the previous five years in various capacities in the College of Arts and Sciences at UM. In 2014, Jackson received the Department of Biology Excellence in Service Award, for her efforts with 800 + Biology majors.

Her initial position within athletics was a new role intended to enhance the athletic department’s efforts to develop programming which will enhance the total development of our student-athletes. Under her vision and leadership that role has grown into an office with two full time staff members and year round programming and leadership opportunities for our student athlete population. Due to the high level of community outreach, in 2018, the Miami Hurricanes earned the NCAA Helper-Helper Division I Community Service National Championship Award.

In addition to community service & outreach efforts, Jackson has been a featured panelist & speaker for the Women In Sports Forum, 2016 and 2018. She also served in the same capacity for Women Leaders in College Sports (formerly NACWAA) during their Institute for Administrative Advancement, 2019. Jackson has been a member of Women Leaders in College Sports since 2000. She is a 2002 graduate of Women Leaders/HERS Institute for Administrative Advancement. In 2016, Jackson received the Women Leaders Nell Jackson Administrator of the Year Award for her efforts engaging student-athletes, department staff & campus partners with an inclusive environment.

Prior to arriving at UM, Shirelle was the director of athletic academic support services from 2005-08 at FIU, where she oversaw the management and operation of the school’s academic support program for its 400 student-athletes. She also coordinated the academic and personal advising, class registration, tutors, study hall and study skills workshops. During her tenure at FIU, she saw her full-time staff increase from two to six and the student-athlete graduation rate improved by 16 percent.

She was the assistant director for student-athlete services for 11 months at Bowling Green State University in Bowling Green, Ohio. Her first athletics position was as assistant AD for student development from August 2002-July 2004 at Eastern Connecticut State.

Jackson was a two-year letter winner for the women’s track and field team at Bowling Green. She received her bachelor’s degree from Bowling Green in 1994 and her master’s degree in counseling from Central Connecticut State in 1998. She is currently a doctoral candidate in higher education leadership at Nova Southeastern in Davie.

She is married to Jason Jackson, who is the television host and courtside reporter for Miami HEAT telecasts on Sun Sports. The couple has two children, Justin and Jordan.