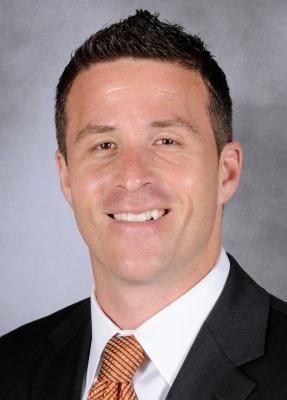 Cohen has been a part of every major athletics fundraising initiative at the University since 2000, including the Hurricane Club annual fund, construction of a new home arena for our men’s and women’s basketball programs as well as both University-wide capital campaigns. During Cohen’s tenure, he has solicited and secured gifts on over $150 million in capital projects and facility improvements, including the Carol Soffer Indoor Practice Facility, Schwartz Center for Athletic Excellence, Watsco Center, Basketball Victory Fund, Alex Rodriguez Park, Hecht Athletic Center expansion and the Schiff Tennis Center.

Cohen is an original member of the Athletics fundraising team for the historic University-wide Momentum Campaign (2000-2008) that saw Miami as the first institution in the state of Florida to complete a $1 billion capital campaign.  During the Momentum Campaign, the Athletics team raised more than $85 million, eclipsing a goal of $68 million and also raised $118 million toward the $1.6 billion total for the Momentum2 Campaign completed in 2016.

Prior to working in the Hurricane Club, Cohen began his full-time career at UM Athletics in the ticket sales department where he was an account executive in one of college athletics’ first outbound sales teams. Prior to UM Athletics, Cohen was a ticket sales associate for the Miami Heat.

Cohen is a two-time alumnus of the University of Miami, graduating with honors in 1997 with a bachelor’s degree in business administration (majoring in sport management). Cohen went on to receive a master’s degree in sport administration in 2009. He serves on the board of the University of Miami Sports Hall of Fame, is a published author and is an active guest lecturer in the Sport Administration department. Cohen is the current Chair of the ACC Development Directors group. He and his wife Gaby, have two children – son, Jake, and daughter, Sadie.