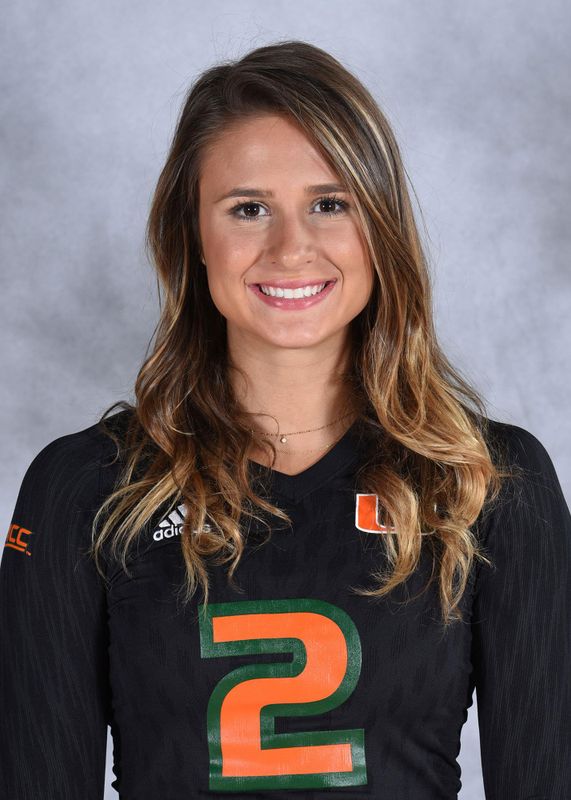 2018 (Freshman): Started two of the three matches during the opening weekend for the Canes and produced 14 digs and one assist at the 2018 Sunshine State Challenge (Aug. 24-25)…Finished the Puerto Rico Classic with 13 kills and one kill.