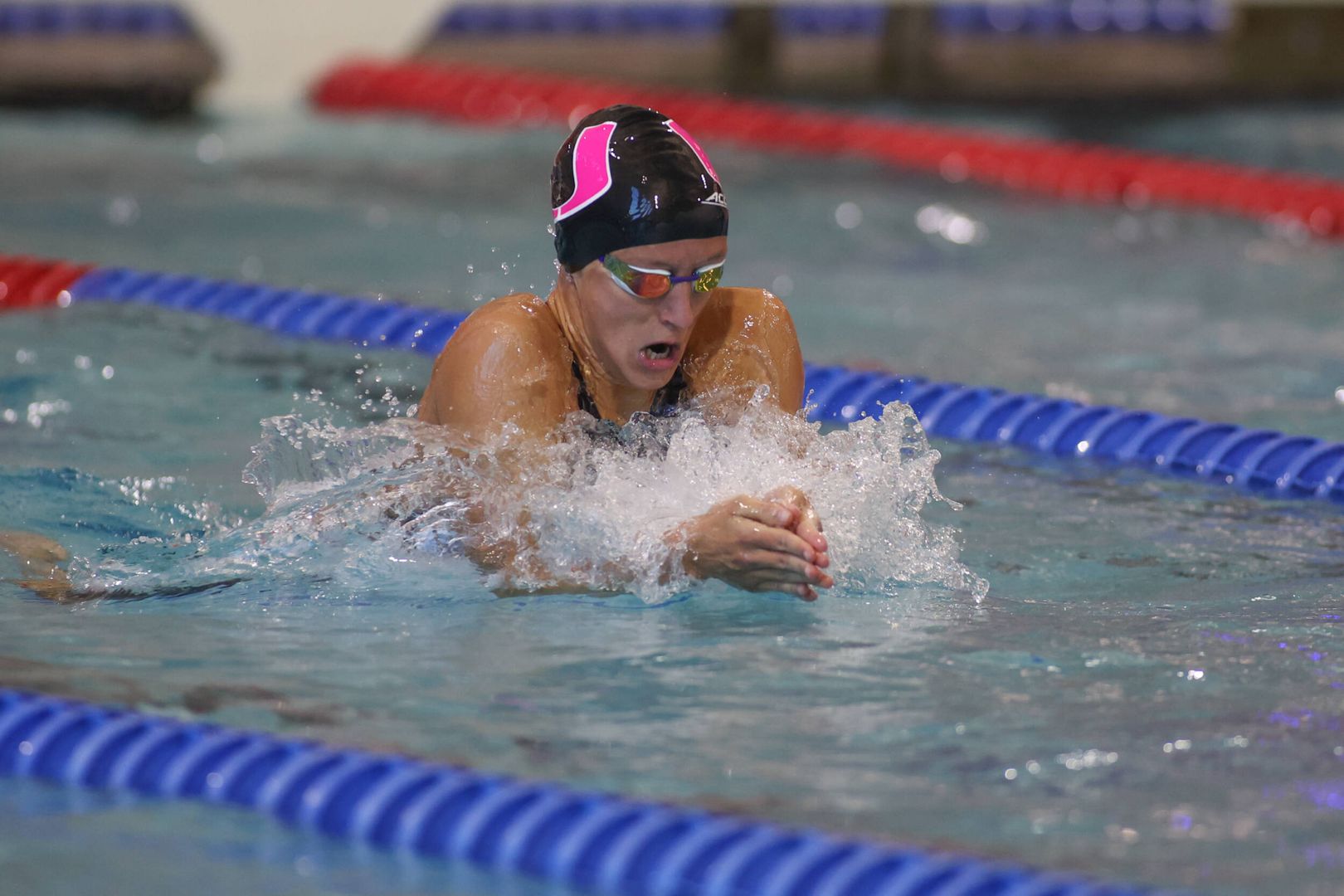 DALLAS – The Miami Hurricanes swimming & diving team’s weekend at the SMU Classic was highlighted by a school record performance.

Hosted by the Mustangs at the Robson & Lindley Aquatics Center, the meet featured a record performance from Tara Vovk in the 100-yard breaststroke.

“As with every competition, this one presented moments of success, moments that exposed room for growth and opportunities for perseverance,” head swimming coach Andy Kershaw said. “We came out of the gates executing our races very well, but our finishes in many of our races weren’t as high as we would’ve liked. I challenged the team to raise their level a notch, and they made some good improvements on Saturday. Unfortunately, we had a few swimmers come down with stomach issues on Saturday morning, but the healthy swimmers rallied around them and excelled in their opportunities.”

Led by diver Mia Vallée, who won the 3-meter and placed second in the 1-meter springboard, and Vovk, Miami finished in fifth place with 223 points at the two-day event.

Junior swimmer Emma Sundstrand also played a key role for Miami in different races, including leading the Hurricanes in the 200-yard freestyle.

“Mia was great on the boards and made great contributions to the team success. It was great to see the pride Tara had in representing the U in just her second meet for us. It was also great to see people like Emma get a chance to excel in races that she typically doesn’t get to swim. Her 200 free and 500 free showed just how versatile she is,” Kershaw said.

“It was great to see Tara get a school record so early in the meet” Kershaw said.

“We now have a couple weeks to make some improvements before heading to Tucson to take on a great University of Arizona team.”