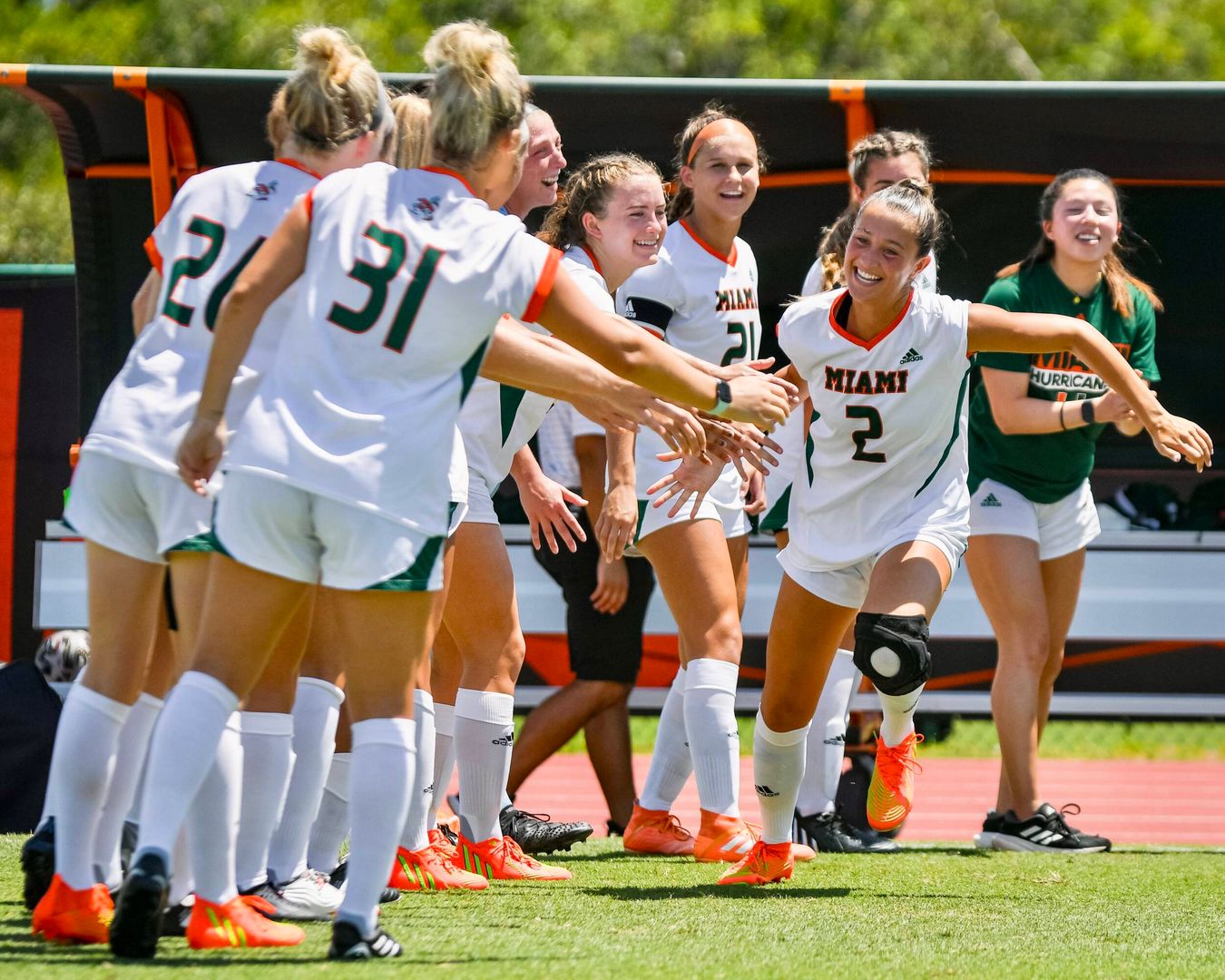 “We’ve made a lot of progress,” Miami head coach Sarah Barnes said. “There are a lot of positives to take away from non-conference play. For us, every single day, we have to be better than we were the day before. We have to make sure that we’re emptying the tank every single day. We can’t save anything. If we get better at doing that, we’re going to be a competitive team.”

The Hurricanes (3-1-2) opened their campaign with four straight shutouts for the first time in program history, highlighted by back-to-back clean sheets versus Mississippi State and Alabama.

Miami remained unbeaten through its first five contests for the first time in nine years, extending its strong start with a 2-1 victory over Oklahoma State.

Now, the Hurricanes turn their attention to the 10-tilt ACC marathon, beginning with the Cardinals.

“We definitely have a big chance of doing well in the ACC this year,” said goalkeeper Melissa Dagenais, who paces the conference with 27 saves. “We’ve shown a lot of positive signs and now it needs to translate into ACC play.” We have our eyes on making the ACC tournament.”

The Canes and the Cards have gone head-to-head eight times, last squaring off on Sept. 17, 2021. Saturday’s ACC showdown will mark the ninth consecutive campaign the two sides have met, but the first in Louisville since 2018.

Kickoff at Dr. Mark & Cindy Lynn Stadium is scheduled for 7 p.m., with the match airing on ACC Network Extra.