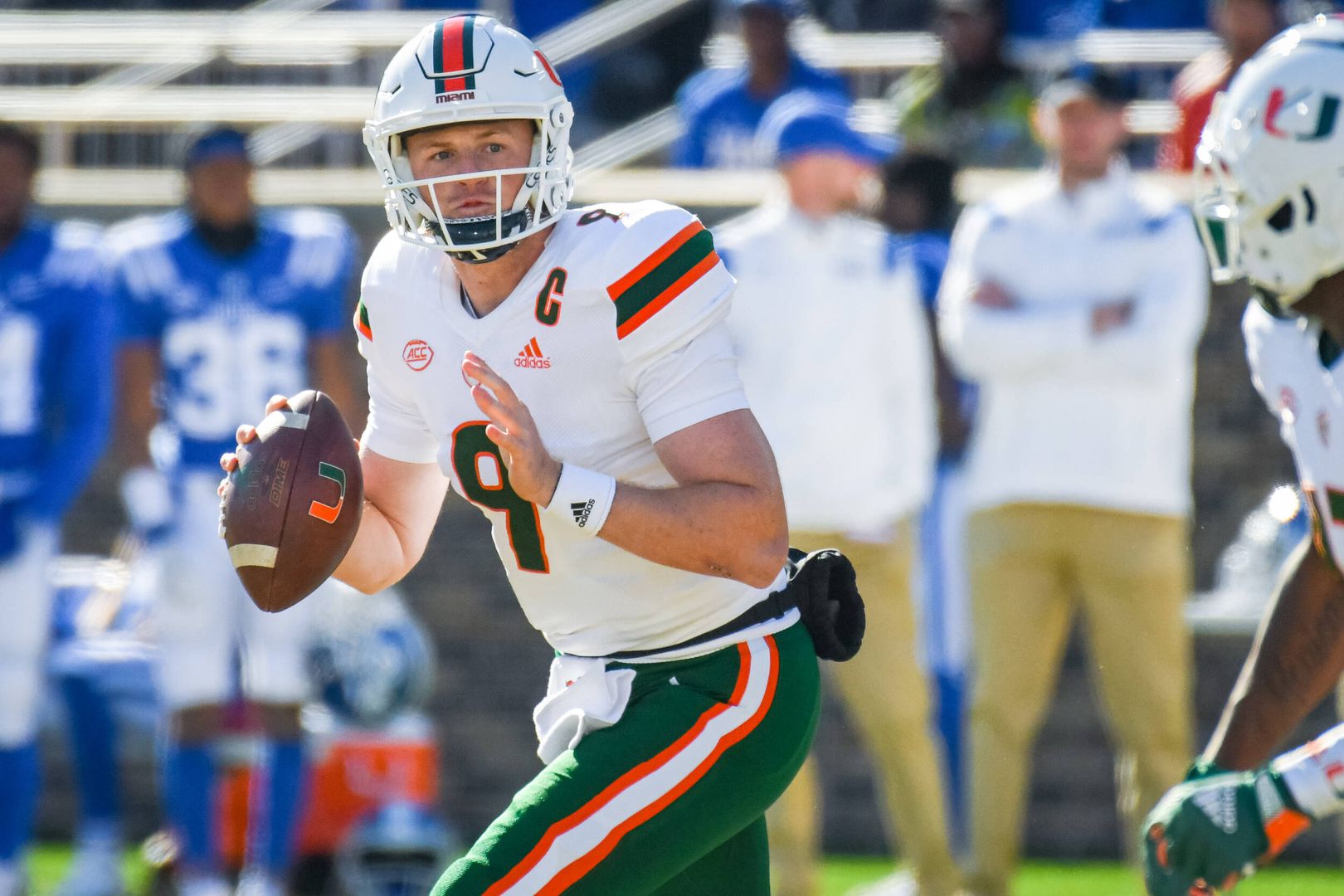 The Davey O’Brien Award is presented annually to the nation’s best college quarterback and is the oldest and most prestigious national quarterback award.

A 6-foot-4, 224-pound third-year sophomore, Van Dyke is one of just five ACC signal callers on the watch list for the award, which marked his second major recognition of the preseason. Van Dyke was named to the watch list for Maxwell Award on Monday.

The 2021 ACC Rookie of the Year, Van Dyke threw for 2,931 yards and 25 touchdowns in just 10 games, nine of which he started. A five-time ACC Rookie of the Week, Van Dyke completed 62.3 percent of his passes, the sixth-best single-season mark in program history, and threw only five interceptions.

In addition, Van Dyke became the first Power Five quarterback since LSU’s Joe Burrow in 2019 to throw for 300-plus yards and three-plus touchdowns in six straight games.

Van Dyke is aiming to become the third Hurricanes to claim the Davey O’Brien Award, joining Vinny Testaverde (1986) and Gino Torretta (1992). The 46th Annual Davey O’Brien Awards Dinner honoring the winner will be in February 2023 at The Fort Worth Club in Fort Worth, Texas.

The official Davey O’Brien Midseason Watch List will be released on Tuesday, Oct. 18, and will contain all active quarterbacks from the Preseason Watch List, all players honored as a weekly Great 8 recipient through the season’s first seven weeks and any additional quarterbacks approved by the selection subcommittee.

The Midseason Watch List will then be pared down to the 35-player Davey O’Brien QB Class of 2022 on Tuesday, Oct. 25. Fan voting on social media (Facebook, Instagram and Twitter) will again play a role in the semifinalist, finalist and winner voting totals when combined with the national selection committee’s ballots. Voting will begin on Oct. 25.

Sixteen semifinalists selected from the QB Class will be named on Tuesday, Nov. 8. The Foundation will announce the three finalists two weeks later (Monday, Nov. 21). The 2022 Davey O’Brien Award winner will be unveiled live on ESPN on Thursday, Dec. 8, during The Home Depot College Football Awards.