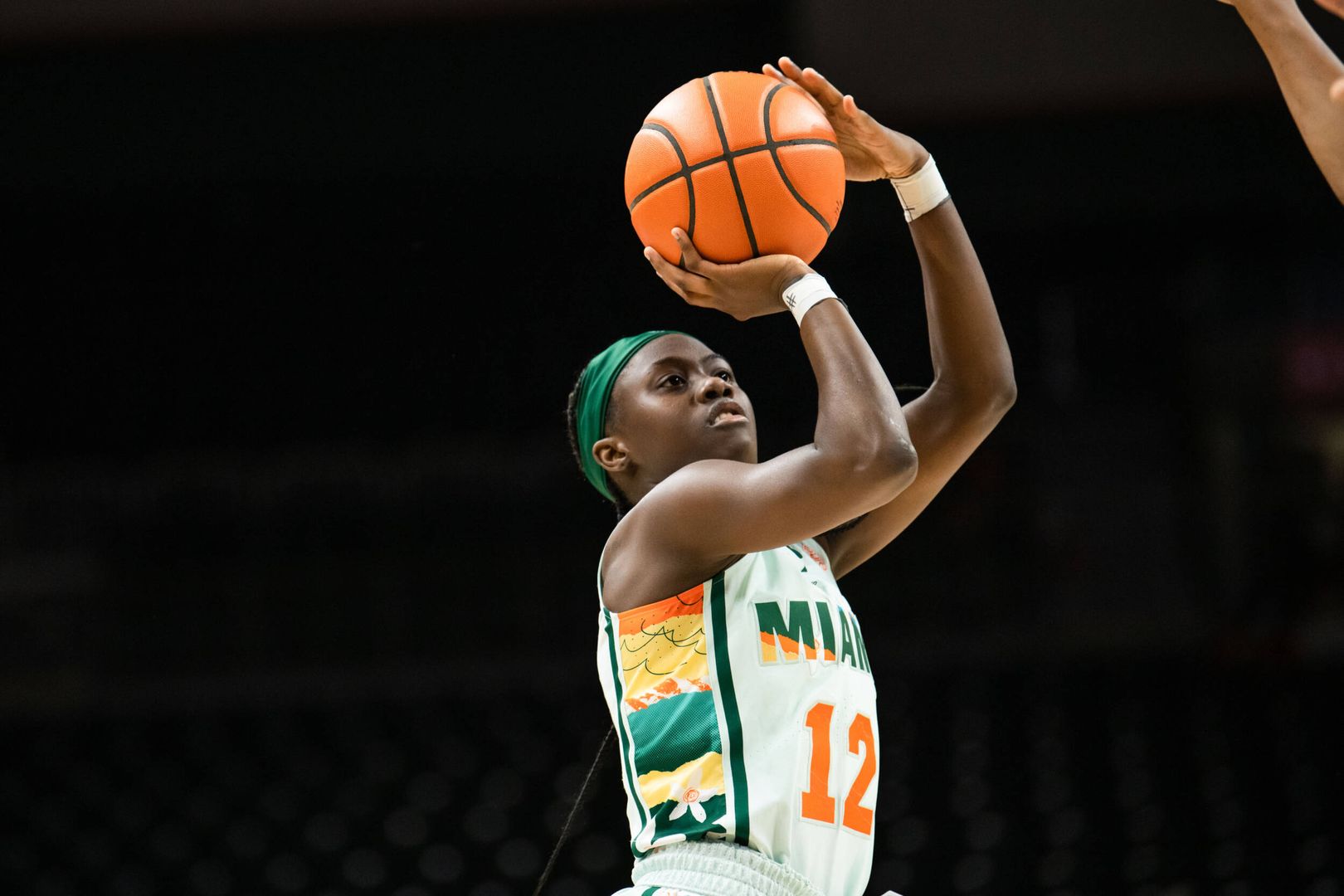 CORAL GABLES, Fla. – For the first time in her career, University of Miami freshman guard Ja’Leah Williams was named Atlantic Coast Conference Freshman of the Week, as announced by the league Monday.

The accolade comes after Williams averaged 8.3 points, 5.0 rebounds and 3.0 assists in Miami’s three wins over Virginia, Pittsburgh and No. 16/18 Georgia Tech. The guard shot 43.5 percent from the field and was a perfect 5-of-5 at the charity stripe.

Williams tallied her ninth double-digit outing of the season at Virginia, leading all Miami scorers with 11 points In the contest. The Pompano Beach, Fla., native paced the Hurricanes in assists and assist-to-turnover ratio in the last three games, tallying nine dimes and a 4.5 assist-to-turnover mark. 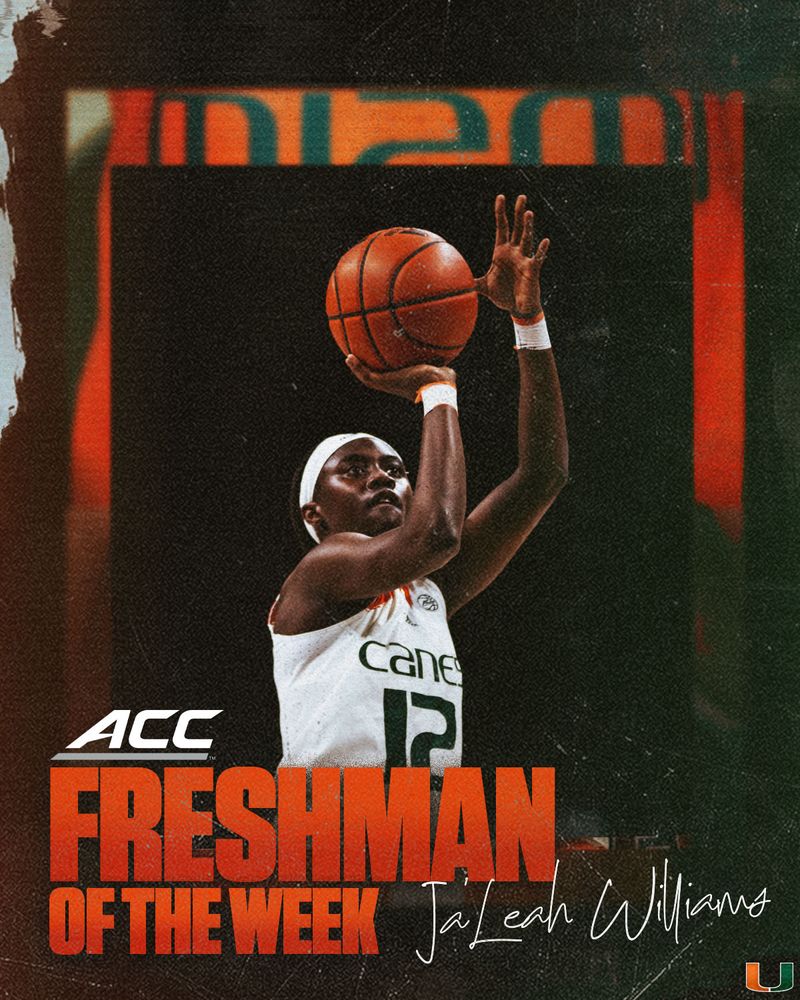 The guard ranks in the top five among all league freshmen in scoring (fourth – 7.7), rebounding (third – 4.4), assists (third – 2.2) and steals (first – 2.0). She currently sits in second on the Hurricanes in scoring and third in rebounding.

With her first career ACC weekly honor, Williams becomes the second Hurricane to be named ACC Freshman of the Week this season, joining fellow guard Lashae Dwyer (Dec. 13). This honor marks the first time since the Hurricanes joined the ACC that two different Miami freshmen were recognized with a weekly award in the same season.

Williams and the Hurricanes are back in action on Thursday when they head to Blacksburg, Va., to take on the No. 23/24 Virginia Tech Hokies. Miami has won four straight ACC games, its longest winning streak in conference play this season.

Single-game tickets for the remainder of the 2021-22 women’s basketball season can be purchased here.