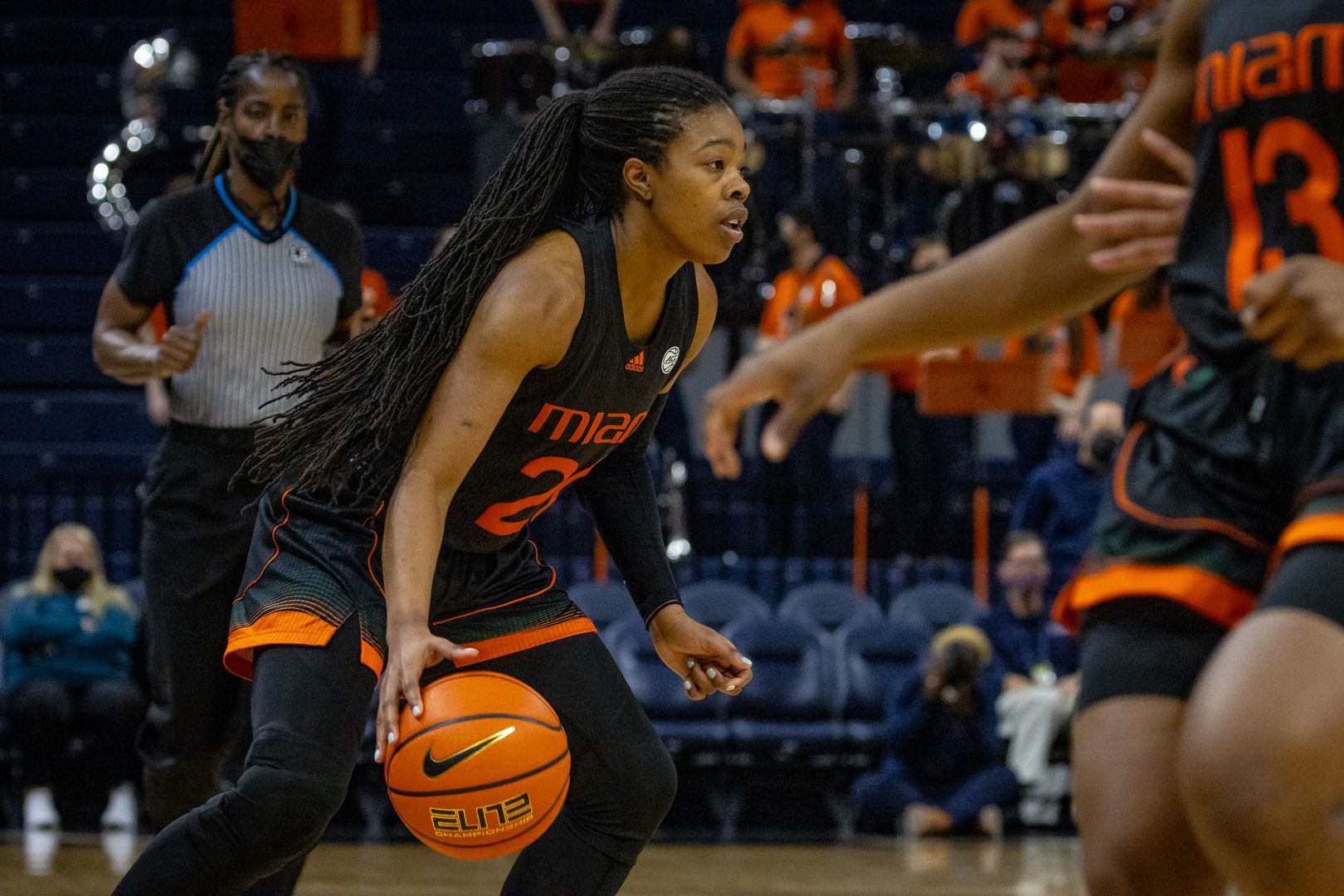 Miami returns to the Watsco Center on Thursday to host Pittsburgh on Honoring Black Excellence Night. Tipoff is set for 6 p.m. and the game will air on ACC Network with Jenn Hildreth and Debbie Antonelli on the call. Fans can also listen to the game on WVUM 90.5.

This will be the 34th overall meeting between the Hurricanes and the Panthers, but just the ninth time meeting as conference foes as Pittsburgh did not join the ACC until 2013. Miami holds the 24-9 advantage in the all-time series and is 15-1 when playing at the Watsco Center, having won 12 straight home games against Pitt, dating back to the 1993-94 season.

Miami tallied its fourth ACC road win of the season with a dominant performance at Virginia, downing the Cavaliers, 71-55, at John Paul Jones Arena.

Graduate students Destiny Harden and Kelsey Marshall led the scoring effort for the Hurricanes, tallying four 3-pointers each. Harden paced all scorers with 16 points (6-of-9), while Marshall recorded her 11th straight double-digit outing with 15 points on 4-of-8 shooting.

Nine different Miami players tallied a point against Virginia and 10 recorded a rebound in the contest. Senior Karla Erjavec and freshman Ja’Leah Williams each dished four assists, with Erjavec reaching the 300-career assist mark on her first dime of the game. 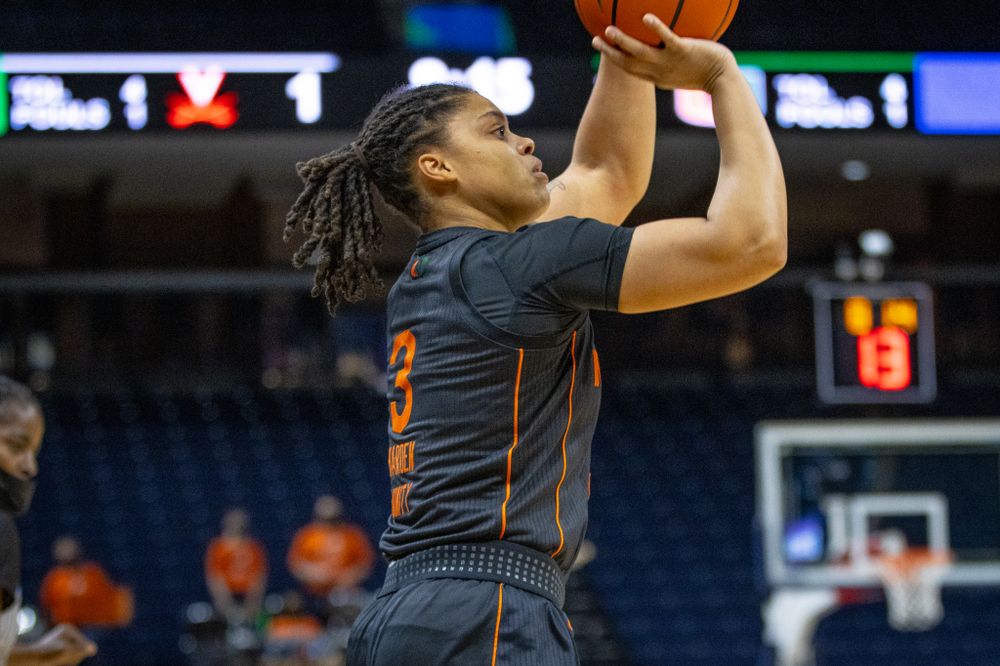 Freshman Ja’Leah Williams has solidified herself as one of the best freshmen in the conference, ranking in the top five among ACC freshmen in scoring (fifth – 7.6), rebounding (third – 4.3), assists (third – 2.1) and steals (first – 2.0). She is one of just two freshman (Sonia Citron – Notre Dame) to rank in the top five in all four statistical categories.

Williams has tallied seven double-digit outings this season and made 17 starts as a freshman. She ranks second on the Hurricanes in scoring (7.6) and third in rebounding (4.3). In ACC play, Williams is averaging 8.7 points and 4.8 rebounds.

THE BEST OF THE BEST

Graduate student Kelsey Marshall has continued to dominate the court all season long, ranking in the top 15 in five statistical categories in the ACC. 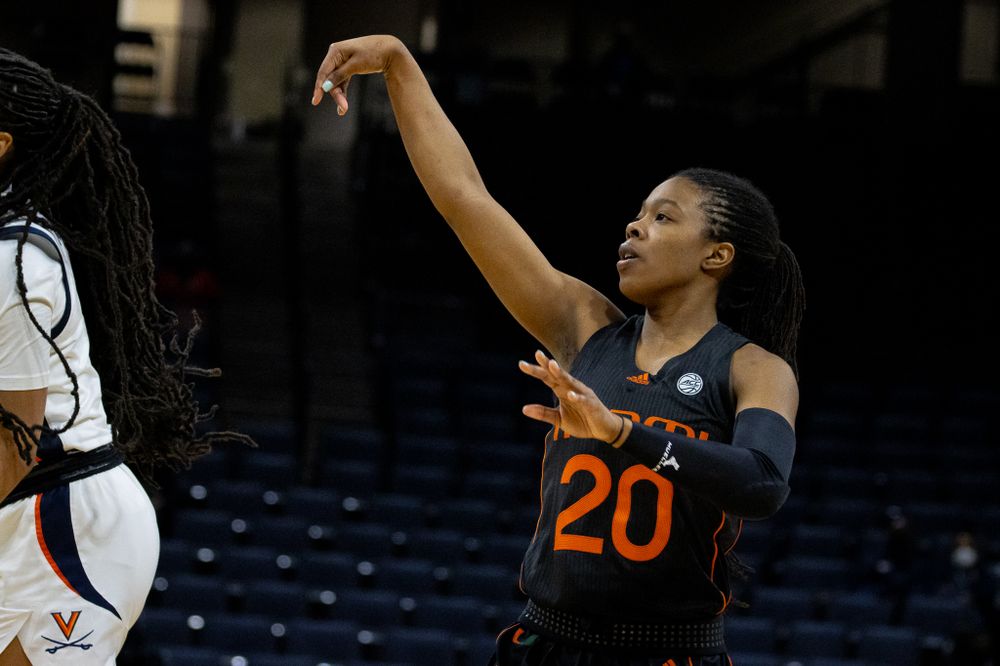