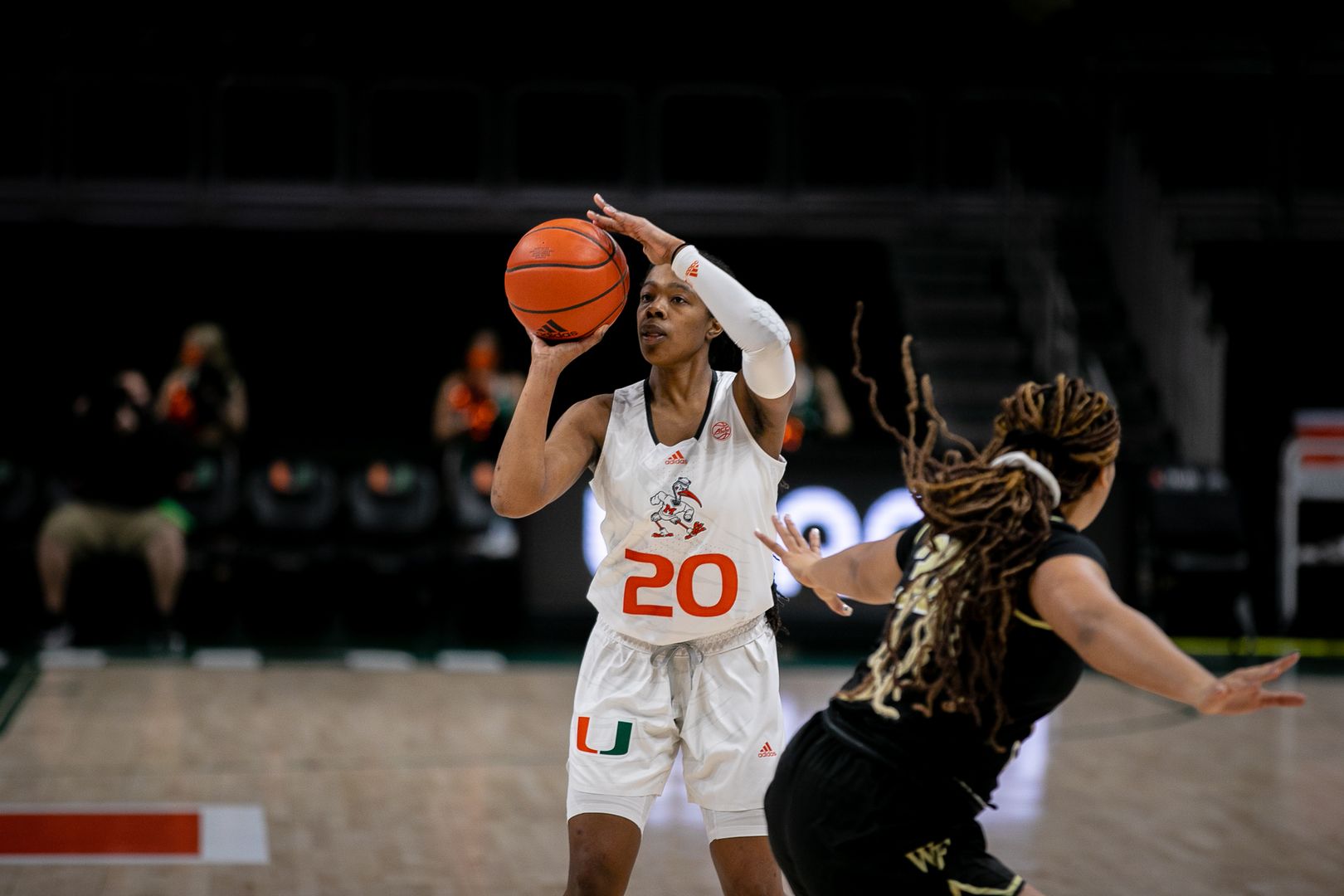 On this date, the University of Miami women’s basketball team suited up for the first game in program history. The Hurricanes hosted Miami-Dade North, with the game resulting in a 37-21 loss for Miami.

Exactly 49 years later, the Hurricanes are set to host the No. 5/4 NC State Wolfpack at 2 p.m. at the Watsco Center during Miami’s 50th season of women’s basketball.

Over the last 49 seasons, there have been so many highlights for Miami. The Hurricanes have made 22 postseasons, including 14 NCAA Tournament appearances. They have produced 29 All-Conference honorees and 11 All-Americans. Twenty-nine Hurricanes have tallied 1,000 career points, while seven have been drafted into the WNBA.

Miami has tallied five wins over top-five teams in the last 50 years and are looking to add a sixth mark on Sunday.

This will be the 25th all-time meeting between the Canes and the Wolfpack, with NC State holding the 13-11 edge in the series. Miami is 7-4 when playing the Wolfpack at the Watsco Center, with the last meeting going down to the final shot, falling in favor of NC State.

NC State sits at 13-2 on the season and is atop the ACC standings with a perfect 4-0 record in conference play. The Wolfpack’s only losses have come to ranked opponents and they have beaten three top-25 teams so far this season. 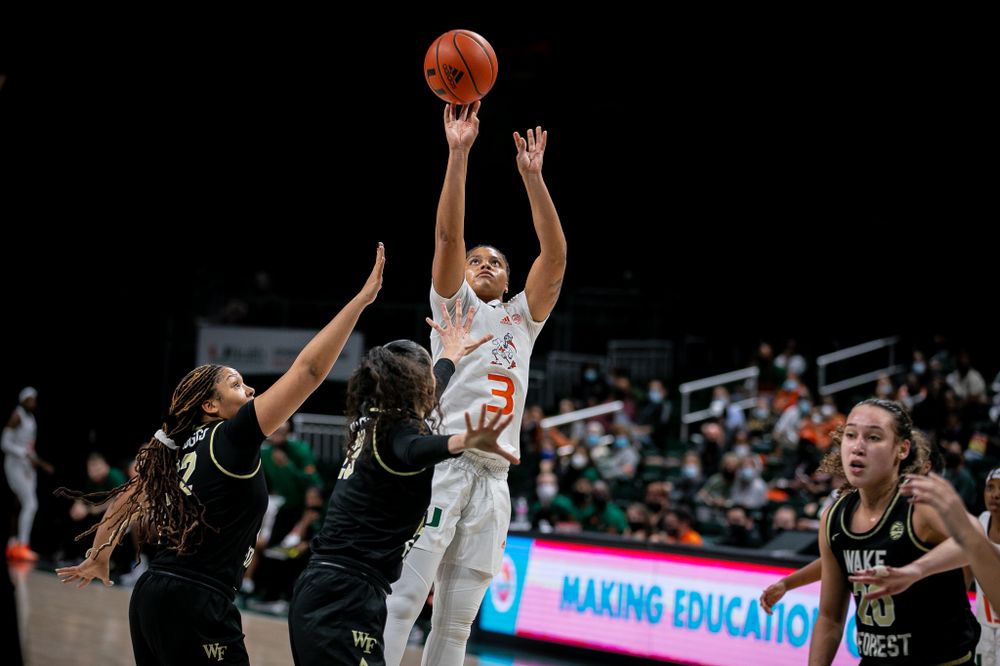 While Miami dropped its first ACC game of the season, 47-46, to Wake Forest, the Hurricanes’ defense was a highlight of the contest. The defense locked down in the second half of Thursday’s game, allowing Wake Forest to score just 13 points.

The Canes held the Demon Deacons to seven points in the third and six in the fourth, marking the fewest points Wake Forest has scored in a half this season. In 44 quarters played, Miami has held its opponent to single-digits in nine of them (20 percent).

Freshman Ja’Leah Williams has been dominant for the Canes over the last four games, averaging 11.3 points, 4.0 rebounds and 3.0 assists, while shooting 58.8 percent from the field. All three of her double-digit outings have come in the last four games.

Williams currently ranks sixth in the ACC in steals per game at 2.2 and second on the team, trailing only fellow freshman Lashae Dwyer (fifth – 2.3).

Along with Williams, graduate student Kelsey Marshall continues to lead the Miami offense, averaging 14.3 points per game, good for seventh in the ACC this season. Marshall has the opportunity to make history on Sunday as she is one 3-pointer away (272) from becoming Miami’s all-time 3-point leader. She is currently tied with Miami great Riquna Williams atop the record book.

Sunday’s game is set for a 2 p.m. tipoff and will air on ACC Network with Pam Ward and Stephanie White on the call.