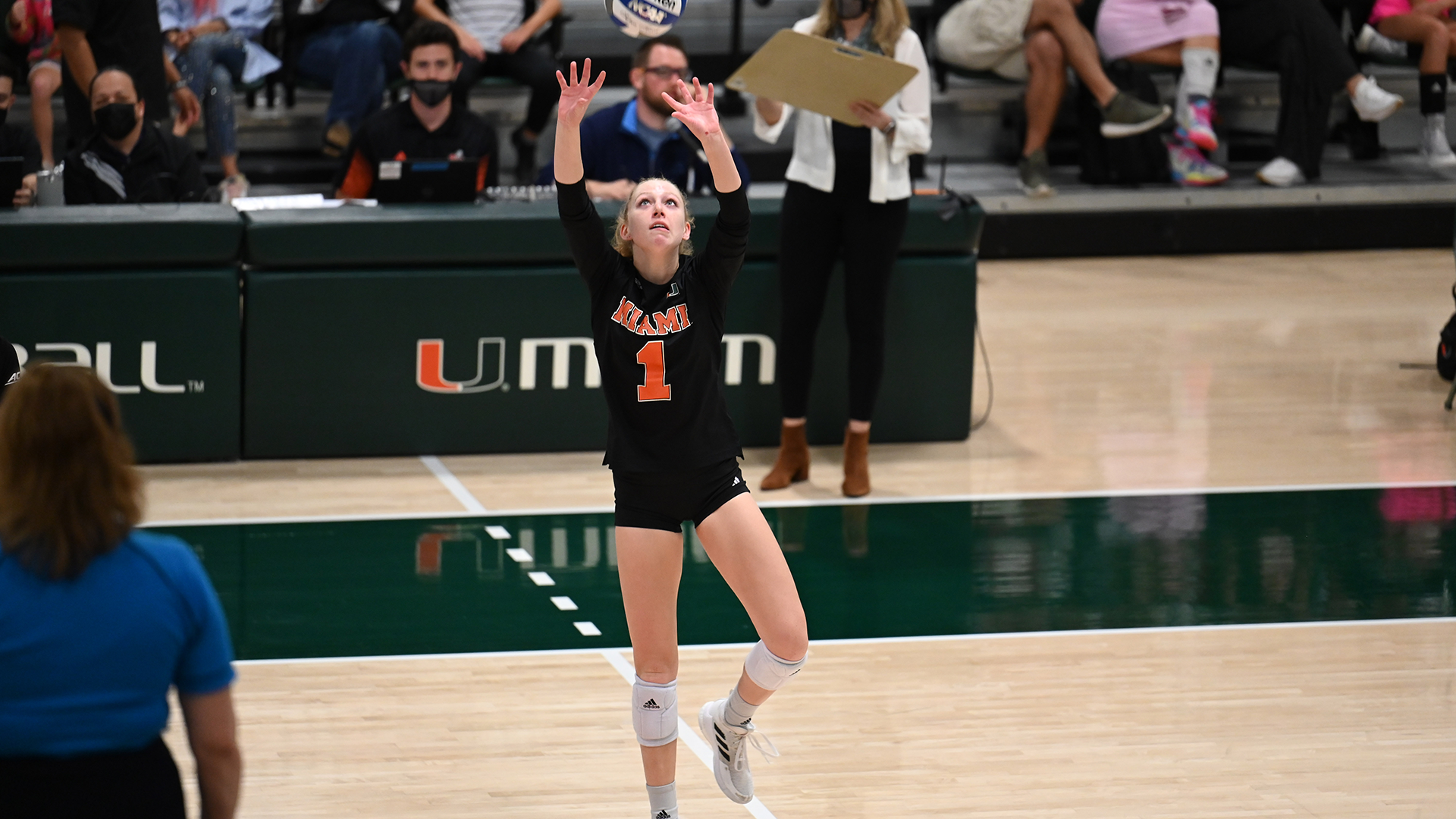 This is the first time more than four Hurricanes have earned All-ACC selection since 2012 when six players were tabbed All-ACC.

Savannah Vach was named All-ACC First Team for the first time in her career. Priscilla Hernandez, Angela Grieve, and Janice Leao were tabbed All-ACC Second Team for the first postseason honor of their careers. Freshman Peyman Yardimci was the final Hurricane to earn conference recognition, being named to the All-ACC Freshman Team.

Vach, who was named Preseason All-ACC, played in all 28 regular season matches for Miami. She notched the first triple-double under head coach Jose “Keno” Gandara on Sept. 16 against UCF with 16 kills, 28 assists and 11 digs. The junior setter has tallied a team-leading 11 double-doubles this year. Vach finished the season ranked 18th in Division I and second in the ACC with 11.03 assists per set.

Hernandez was one of two Hurricanes to see action in all 100 sets played this season. The Miami native capped off the year with 4.05 digs per set to rank fourth in the conference. Her 405 total digs are the sixth-most this season in the ACC. Hernandez finished second on Miami with 26 aces and 104 assists.

Just a redshirt sophomore, Grieve has stepped up into a starting role for Miami this season. She has played in all 28 matches, while recording double-digit kills in 24. Grieve ranks sixth in the ACC with a mark of 3.77 kills per set and her 369 total kills is the eighth highest in the conference. The outside hitter has added 24 aces and 42 blocks this season.

A force at the net, Leao has burst onto the scene for the Hurricanes in year three. She has played in all 100 sets for Miami on her way to being ranked 10th in Division I and second in the ACC with 1.39 blocks per set. Her tally of 139 blocks is the second most in the conference, while her .334 hitting percentage is eighth. The junior middle blocker has recorded 237 kills on the year.

In her first year in a Canes uniform, Yardimci has become a go-to attacking option for Miami. The Istanbul, Turkey, native is second on the team with 253 kills and third with 2.61 kills per set. Her mark of 87 blocks is the third best for the Hurricanes. Yardimci has recorded three double-doubles this year, including career-high marks of 19 kills and 14 digs at Wake Forest on Oct. 22.

The Hurricanes return to the court on Thursday in Gainesville, Fla., against South Alabama at 4:30 p.m. for the first round of the 2021 NCAA Division I Women’s Volleyball Championship.