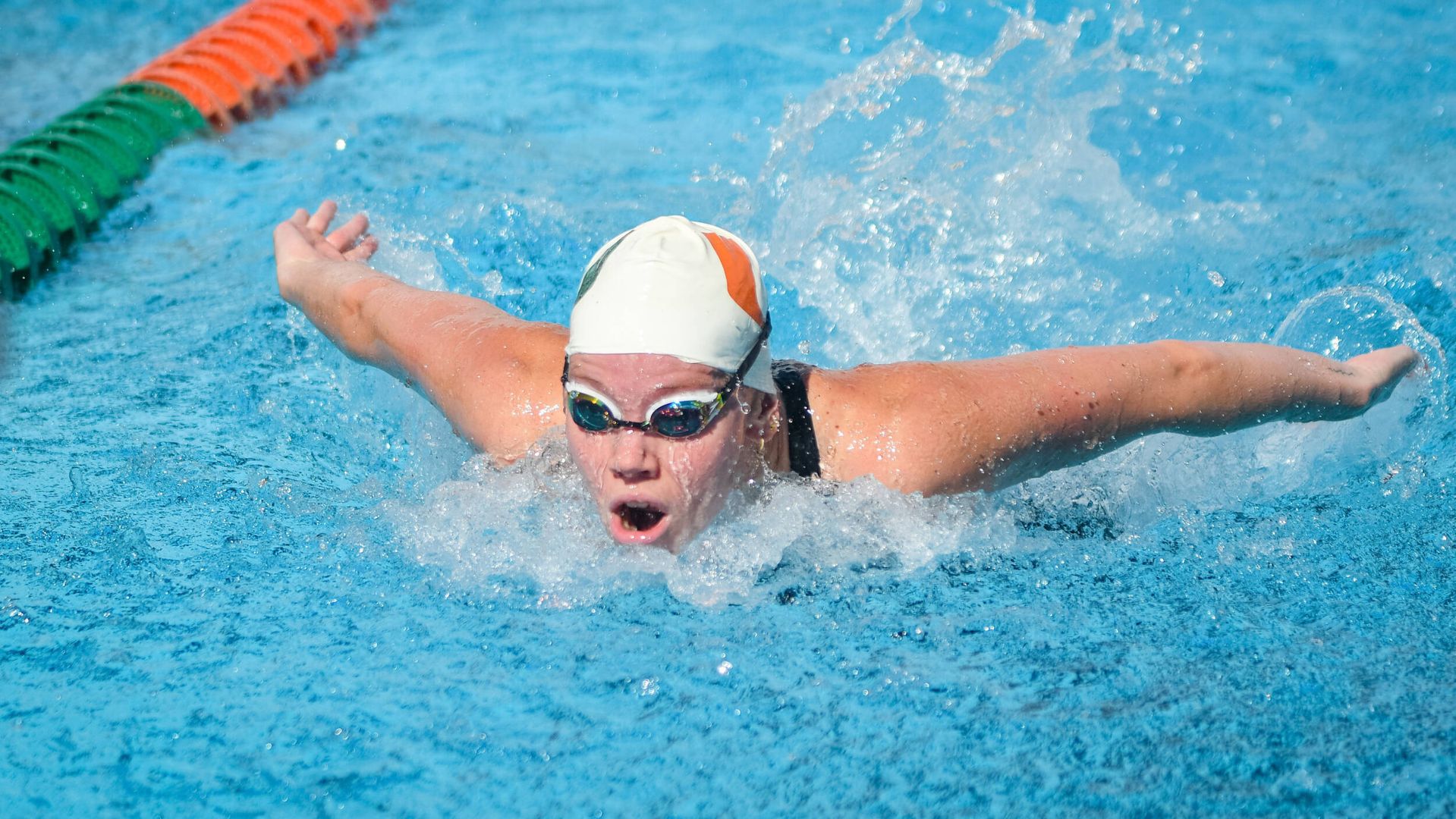 Despite a number of lifetime bests spread throughout the first two days of the meet, the Hurricanes enjoyed their best individual performance of the day from Otava with a blazing time of 4:17.31.

“As I told her, I was very proud of her perseverance,” head swimming coach Andy Kershaw. “She’s been working hard throughout the season to find her rhythm and groove. She found it. I’m happy she got to see the result in the form of a time.”

After a dominant first day, the Hurricanes saw continued success on Day 2 against Vanderbilt and Iowa at the Whitten Center Pool.

“As the meet wears on, we’re having to dig down deep, for sure,” Kershaw said. “This team has got some high standards. I’d say we’re doing pretty well, but there are some cases where some could have done even better – and that’s a credit to them.”

“That was exciting for us as well, continuing to see that success in the breaststroke,” Kershaw said.

The Hurricanes won the 200-yard medley relay, with Danika Huizinga, Sundstrand, Carvalho and Sydney Knapp finishing first in a time of 1:40.33, ahead of Vanderbilt’s top entry in the event.

The Hurricanes closed the night out strong with a winning time in the 800-yard freestyle relay. Adrianna Cera, Otava, Knapp and San Nicolas finished in a time of 7:26.56.

The Miami Invite concludes Saturday at the Whitten Center Pool. Preliminaries are set for 10 a.m., while the night’s finals will begin at 6 p.m.

“As I told the team tonight, the true championship teams rise up on the last day when it’s the hardest,” Kershaw said. “I’m counting on them to do that tomorrow. I know they’re all up to that challenge and I’m looking forward to seeing it. It should be a good day tomorrow.”