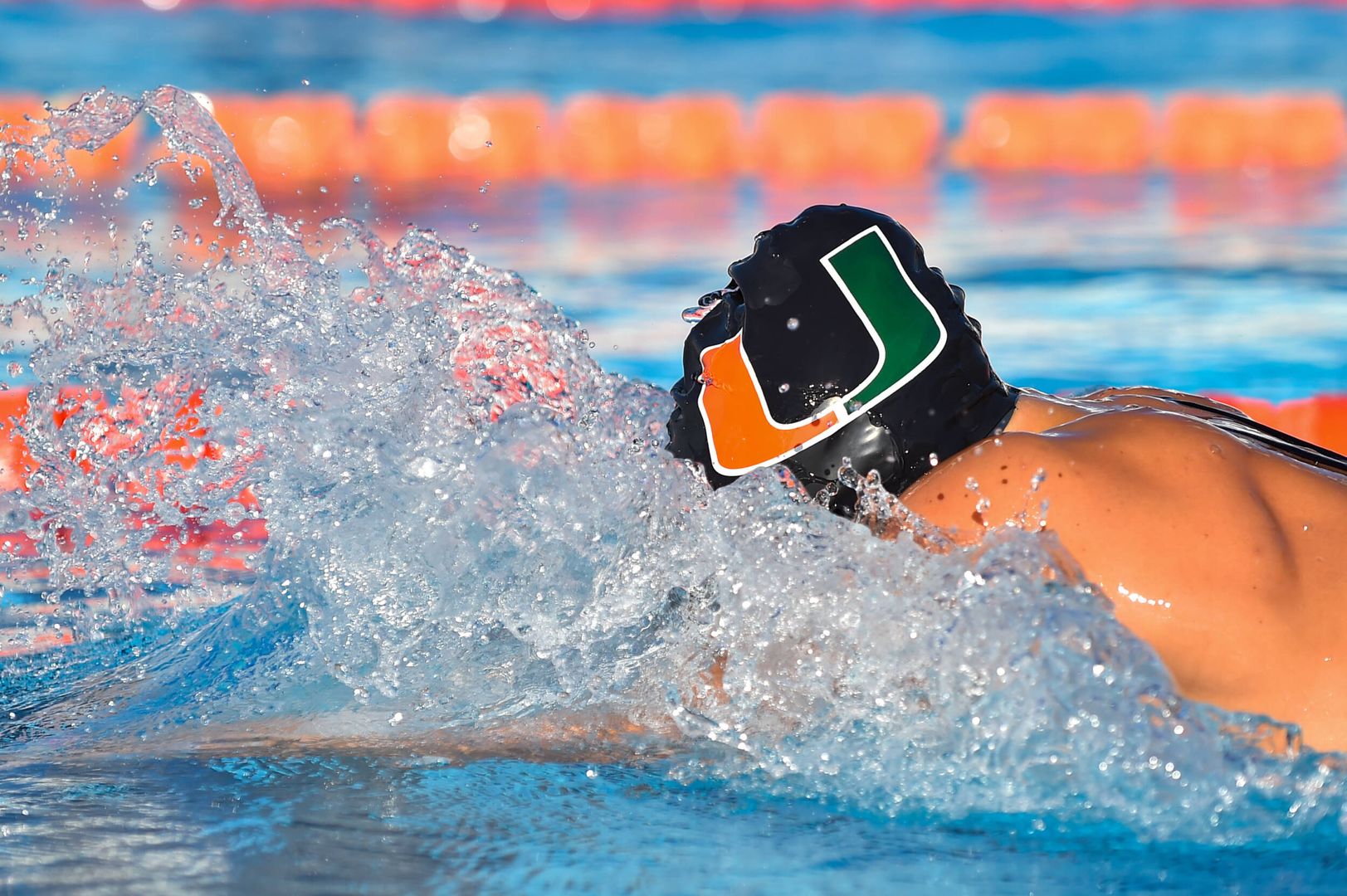 Less than 48 hours before an important early-season barometer and a tri-meet on the road was set to begin, University of Louisville coaches had given Kershaw a heads-up that the Nov. 5 meet was in jeopardy due to COVID-19 concerns.

Kershaw immediately sprung into text conversations with coaches in the area to make sure his team had a contingency plan for the weekend trip.

They’ll be traveling on the same plane and staying in the same team hotel, but instead of facing the host Cardinals and Notre Dame on Friday, the Hurricanes will take on host Cincinnati in a dual meet.

Diving action is set to begin at 12 p.m. and swimming at 2 p.m. from the Keating Aquatics Center.

“It’s been a pretty crazy past couple days,” Kershaw said with a laugh. “You try to stay calm in all those moments. You face adversity when you’ve got competition next to you or in front of you, and that prepares us to stay calm when we have other types of situations arise. I certainly feel for Louisville and I know they’re going through it. I’m glad we’re able to pivot and make an adjustment.”

Friday’s matchup with the Bearcats is even more important given the Hurricanes’ home opener against FGCU – slated for Friday, Oct. 22 – was cancelled due to weather. Miami’s last competition was the SMU Classic in early October.

“I’m excited to see them compete, and I think they need it,” Kershaw said. “We do so much in practice…but as Allen Iverson famously said, it’s about the game. We’ve been through a stretch here without a game. Now we get to fly and go compete against someone. We need that routine of being on the road, and I’m just as excited that we get to do that. I know they’re eager to race after all the practicing we’ve done.”

Kershaw is excited to see how the Hurricanes respond when they hit the water at the Keating Aquatics Center – a pool in his home state of Ohio, but one he’s never coached at

“Our administration was extremely supportive of this,” Kershaw said. “They said to give these athletes a chance to compete and do what they love to do. They really had no qualms with anything, as long as we felt confident that we could do it safely.”