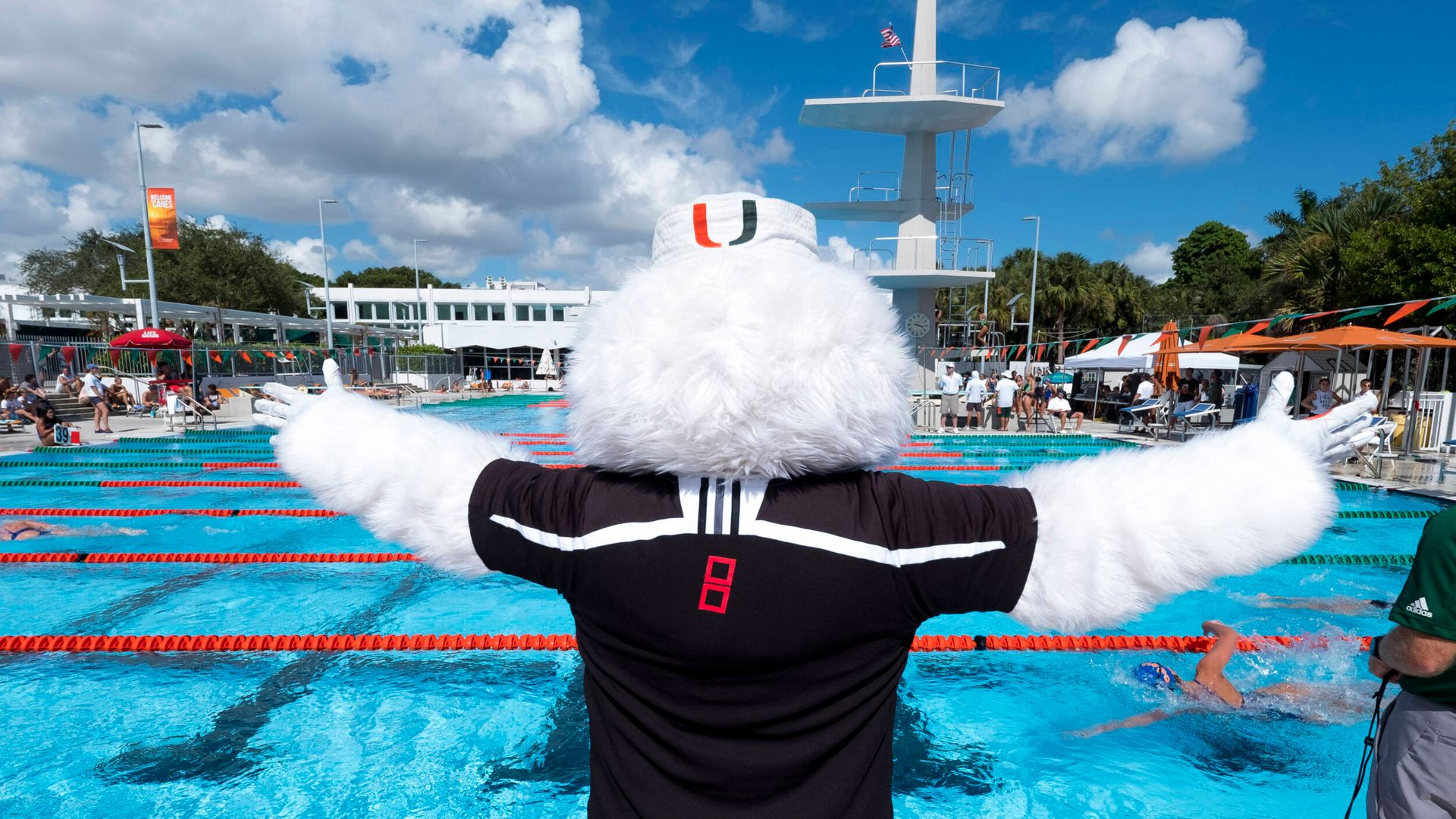 The Hurricanes topped the Panthers, 162.5-137.5, in the first dual meet of the season for both teams.

“It was a very good meet today on both sides, with lots of great racing and lots of back and forth,” head swimming coach Andy Kershaw said. “That’s what it’s all about. I’m very proud of our women and how they responded it was definitely a team effort.”

Redshirt sophomore Adrianna Cera opened up individual swimming action with a win in the 1,000-yard freestyle, finishing in 10:17.78 to best FIU’s Stephanie Hussey (10:22.52) for top honors. The Hurricanes (1-0) showed off their depth to help set the tone for the afternoon, with veteran Aino Otava (10:32.15) taking third and freshman Kaitlyn Bitting (10:49.51) taking fourth.

Veteran Carmen San Nicolas followed Cera’s win with her first of the season, touching the wall in the 200-yard freestyle in a time of 1:50.64, while sophomore Emma Sundstrand (1:03.20) and impressive freshman Giulia Carvalho (1:03.23) took the top-two finishes in the 100-yard breaststroke.

Freshman Jacey Hinton was second in the 50-yard freestyle (24.04) in her collegiate debut, while San Nicolas (51.82) and Hinton (52.39) captured the top-two finishes two events later in the 100-yard freestyle to maintain the lead.

Kershaw said a key to Saturday’s win was the team’s togetherness on the pool deck, regardless of individual race outcome.

“That’s what we talked about going in, and that’s what we executed,” he said. “That was true whether they had great races. Even the people who weren’t happy with their races still celebrated with the team. Certainly we have things to work on, but I’m very happy with the culture and foundation that is being put in place by this group of women.”

A second win from Cera (4:58.78) ahead of Hussey (5:03.03) in the 500-yard freestyle marked the start of back-to-back individual events won by the Hurricanes; Carvalho followed Cera by earning her first collegiate win in the 100-yard butterfly (55.49).

The Hurricanes capped their opening meet with a win the 400-yard freestyle relay. Miami’s top entry – comprised of Hinton, San Nicolas, veteran Sydney Knapp and Cera – finished in 3:25.67 ahead to put the finishing touches on a season-opening win.

“Hats off to FIU, they had some great races and a lot of great detail out of their team,” Kershaw said. “It was another great battle, and we’re happy to come out on top this time. I’m looking forward to continuing this great rivalry that we have.”

Miami next travels to the SMU Classic in Dallas, Texas from Oct. 8-9.