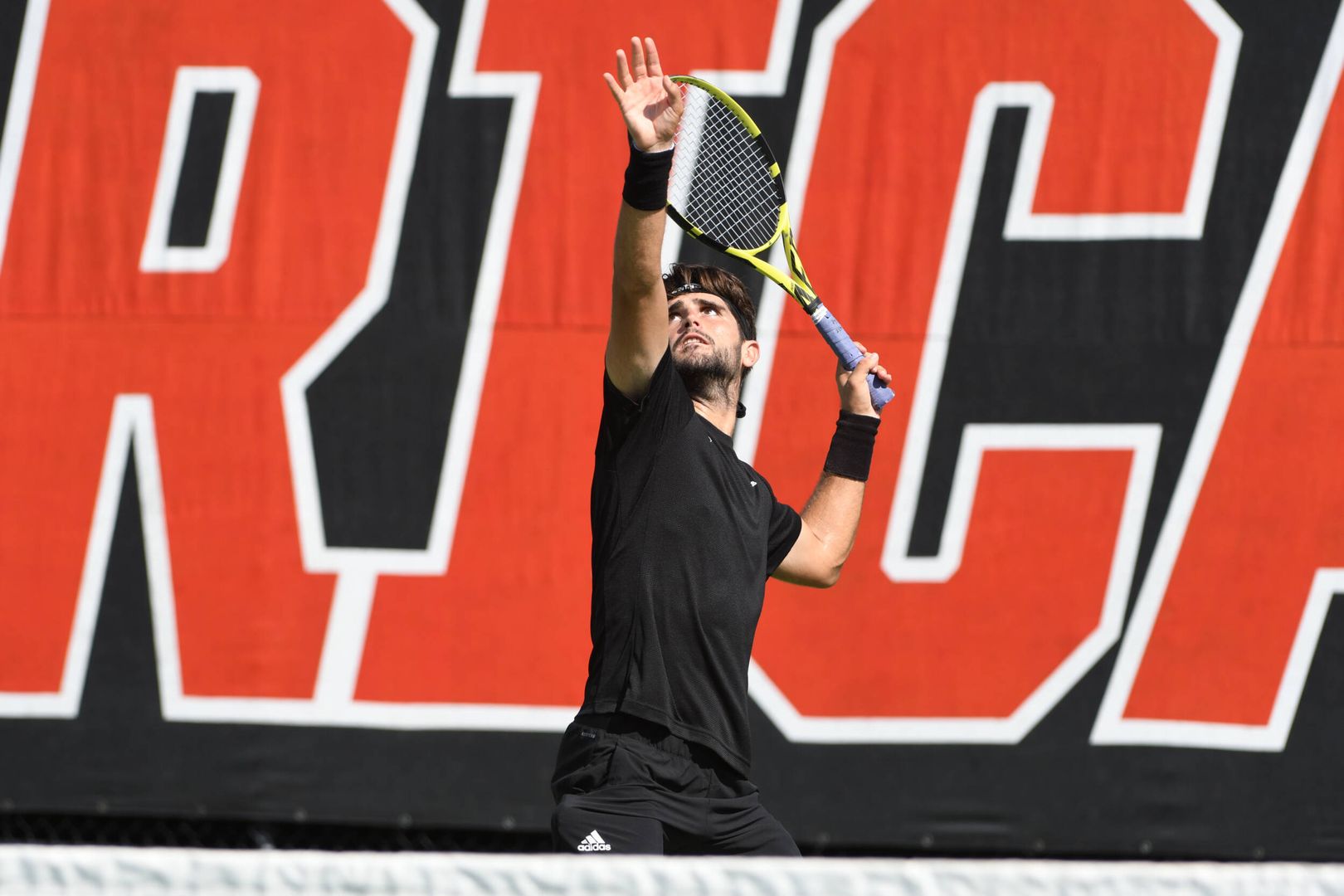 CORAL GABLES, Fla. – The University of Miami men’s tennis team begins its fall season on Friday at the Auburn Invitational. Seven of the nine Canes on the roster will be competing at Auburn beginning at 11 a.m. ET at the Yarbrough Tennis Center.

The Canes will take on the Clemson Tigers in the opening day of the tournament, before squaring off with Auburn at 3 p.m. on Saturday and Vanderbilt at 10 a.m. on Sunday.

Weather permitting, all matches will be played outdoors; if the matches move indoors, start times may be delayed.

Friday’s match will be the first taste of college tennis for two of the Canes – Casper Christensen and Ilarion Danilchenko – while transfers Juan Martin Jalif and Dan Martin will suit up in a Miami uniform for the first time.

The Canes will be without returning senior Benjamin Hannestad as the Denmark native will be representing his home country at the Davis Cup this weekend. Miami will rely on the expertise of veterans Franco Aubone, Bojan Jankulovski and Oren Vasser to lead the way.

The Auburn Invitational will be streamed on AuburnTigers.com.