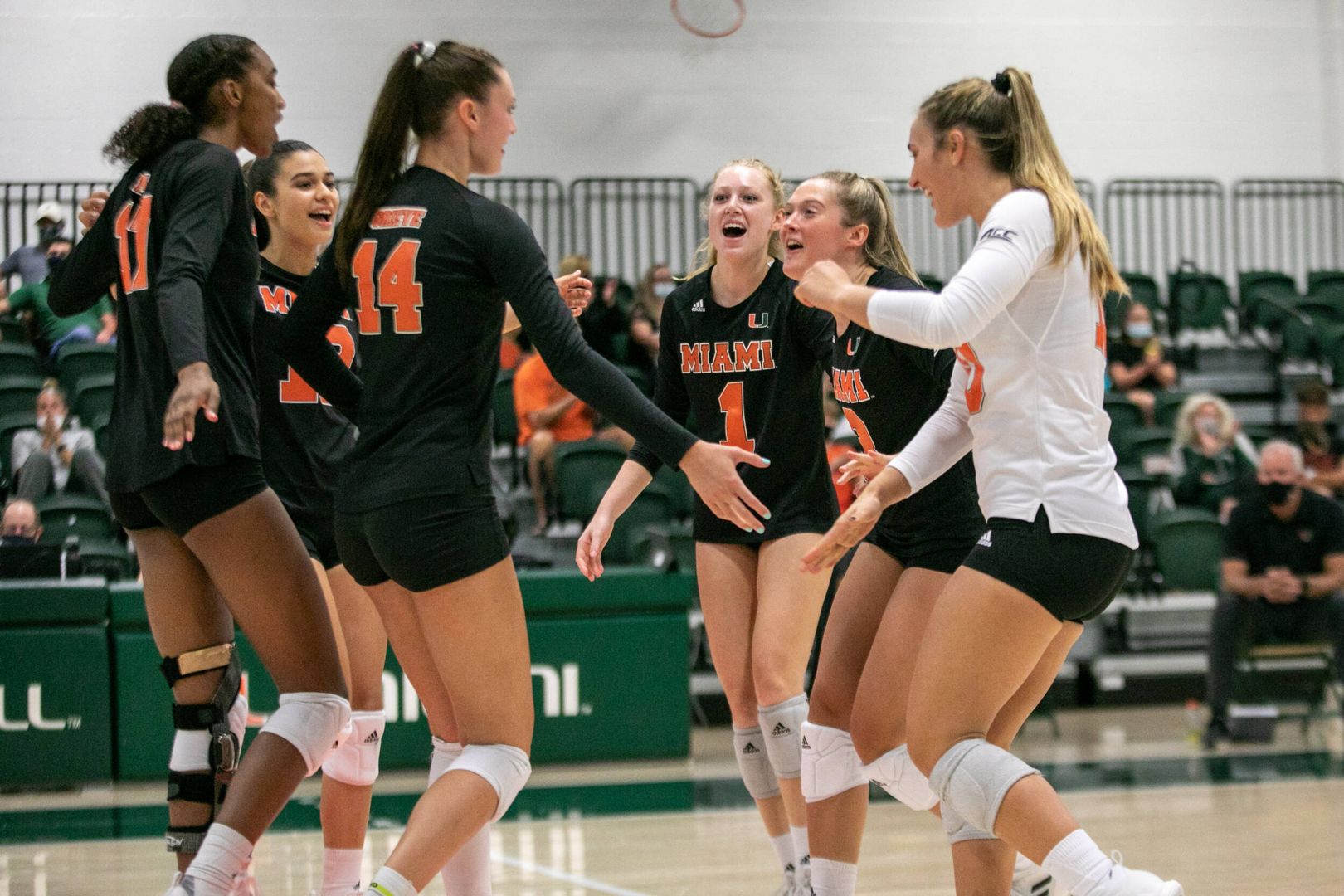 CORAL GABLES, Fla. – In preparation for the 2021 season, the University of Miami volleyball team put together a clinical performance in their tune exhibition match against the Nova Southeastern Sharks Friday night at the Knight Sports Complex. The Canes recorded 51 kills as a team, cruising to a 4-0 victory over the Sharks.

“It was great to wrap up our preseason against an unfamiliar opponent,” head coach Jose “Keno” Gandara said. “Huge thanks to Brian Rosen and NSU for driving down to play with us – we are very thankful for the opportunity to see some unique concepts and test out our depth.”

Miami won three straight sets (25-9, 25-15, 25-10) and an additional bonus set (25-22) over the Sharks in its only exhibition match of the season. Every available player saw action as the Hurricanes were led in kills by freshman opposite Peyman Yardimci (.571 efficiency) and junior middle blocker Janie Leao (.471 efficiency) at nine kills apiece.

Ten players earned kills for Miami, including Preseason All-ACC selection Savannah Vach, who played as both a setter and a hitter. As a team, Miami outhit Nova Southeastern .378 to .042 and served 12 aces to the Sharks’ six.

“I like where we are at heading into the season,” Gandara said. “I’d like to see us block a little better and serve a bit more consistently but attacking and defending were much further along than expected. Mostly, I think we showed we have some choices to make with our lineup, which is an awesome problem to have as a coach.”

Miami will play its annual Green-Orange intrasquad scrimmage on Saturday before commencing the regular season on Aug. 27 against Tarleton State at Florida International University. First serve is scheduled for 10:30 a.m.