CORAL GABLES, Fla. – Veteran wide receiver Michael Harley was among those players to be recognized to the preseason watch list for the Biletnikoff Award honoring the nation’s top pass catcher, it was announced Thursday.

Harley, a third-team All-ACC selection a year ago, compiled the best season of his career in 2020 when he finished with a team-high 799 receiving yards. Harley led the Hurricanes with 57 receptions on the year, and also tied for the team lead with seven touchdown receptions.

In his four seasons at Miami, Harley has compiled 1,615 yards on 125 receptions with 10 touchdowns. The Fort Lauderdale, Fla., native was on the receiving end of the fourth-longest pass play in Miami in history in 2020, catching a 89-yard touchdown pass against Duke as part of a 105-yard performance. 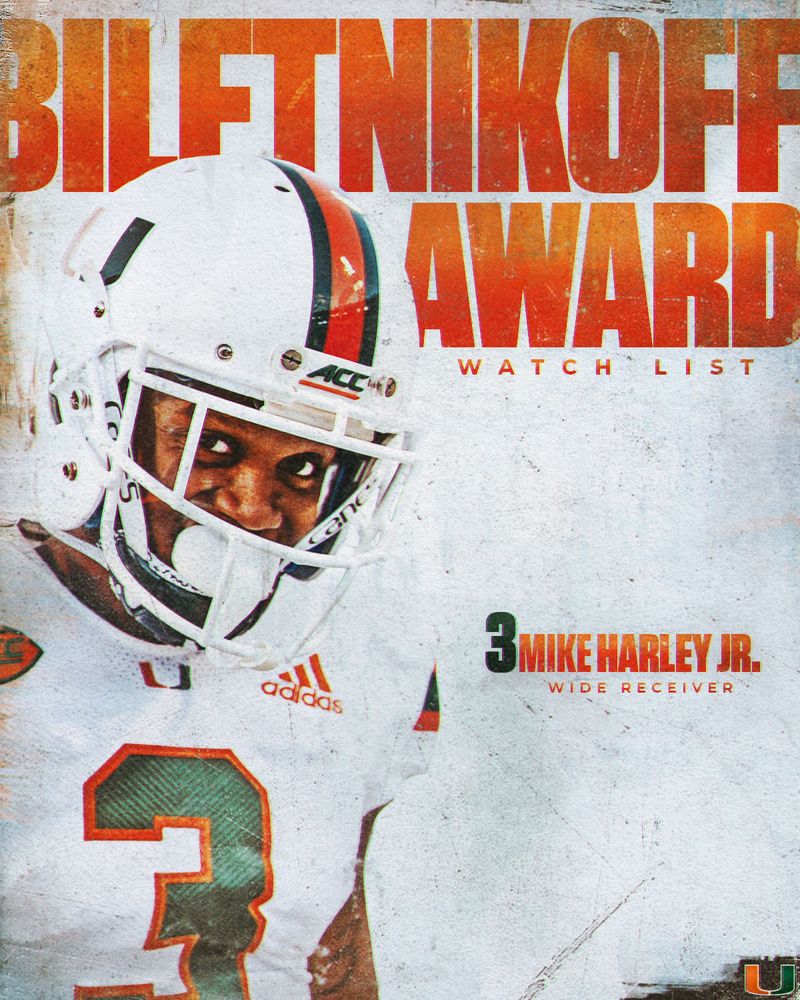