CORAL GABLES, Fla. – Five members of the University of Miami baseball team were named to the 2021 All-ACC Academic Team, as announced by the conference office Thursday.

Spencer Bodanza, Christian Del Castillo, Daniel Federman, Anthony Vilar and Andrew Walters were among the 55 student-athletes honored, with Federman and Vilar each earning their second selections. Miami’s five honorees put the Hurricanes in a five-way tie for third-most selections among the 14 baseball programs in the conference.

Minimum academic requirements for selection to the All-ACC Academic Team are a 3.0 grade point average for the previous semester and a 3.0 cumulative average during one’s academic career for undergraduate students.

Athletic achievements during the most recent season are also considered in selecting the All-ACC Academic Team. 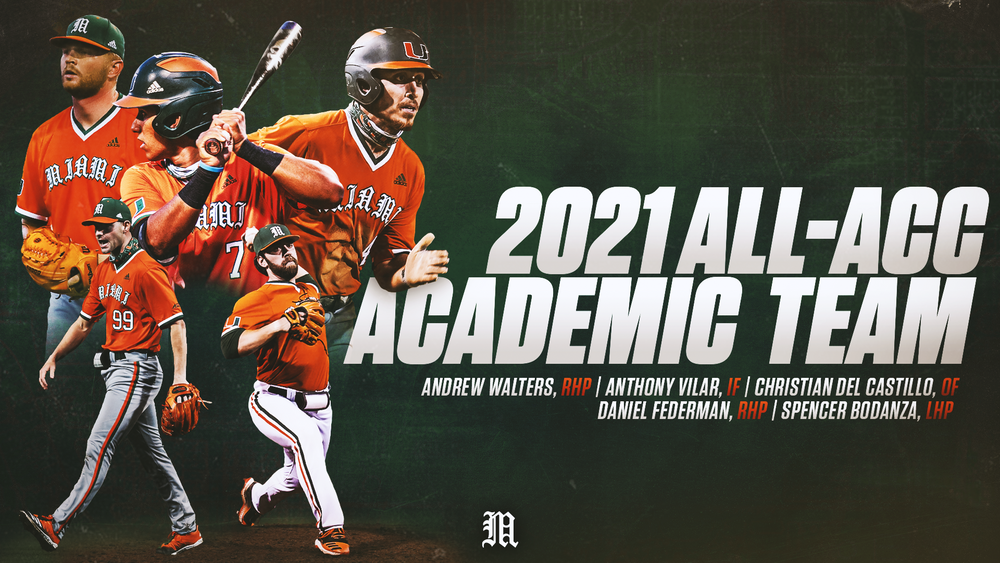 Bodanza was a key lefty reliever out of Miami’s bullpen in 2021 and his success on the mound and in the classroom earned the Tampa, Fla., native his first All-ACC Academic honor. He went 3-0 with a 2.08 ERA over 18 appearances. In his 17.1 innings pitched, the left-hander struck out 20 batters and walked just six. Bodanza was highly effective on the mound, holding surrendering just eight hits while holding opponents to a .136 batting average.

The 2021 season was Bodanza’s second at Miami after transferring to Coral Gables from Hillsborough Community College. The southpaw played a key role in Miami’s two victories at consensus preseason No. 1 Florida to open the season, retiring all three batters he faced over two appearances. Bodanza did not allow a run over his first nine appearances, spanning 6.1 scoreless innings, and helped Miami sweep Clemson and take two-of-three from Georgia Tech. Bodanza picked up two of his three wins at Louisville, helping Miami become the first team to sweep the Cardinals in Jim Patterson Stadium since 2005. 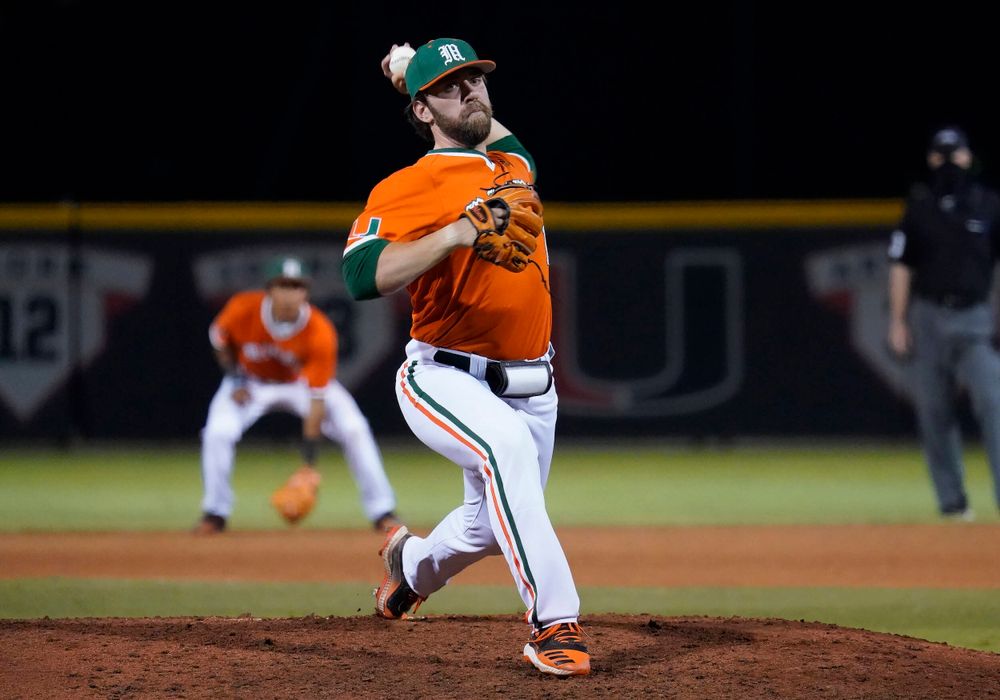 Del Castillo was an offensive force in his debut season with Miami, earning a spot on the ABCA/Rawlings NCAA Div. I Southeast All-Region Second Team. The outfielder earned All-ACC second-team recognition after being Miami’s top hitter in 2021. Del Castillo, who transferred to Miami after graduating from Seton Hall, paced the Canes with 73 hits, a .439 on-base percentage and a .369 batting average.

The Miami native’s 40 RBI and 11 doubles ranked second-most on the team. He led the Hurricanes with 23 multi-hit games and his 10 multi-RBI performances are second on the 2021 team. Del Castillo stole seven bases and posted a .934 OPS while starting all 54 games in 2021.

An outstanding student, Del Castillo earned his master’s degree in biochemistry and molecular biology. He was twice named to the Athletic Director’s Honor Roll and the Book Buster Club while receiving two Graduate Awards of Academic Merit. The 2021 Miami baseball team MVP and rookie of the year was also named to the ACC Honor Roll and tapped into the Omicron Delta Kappa Leadership Honor Society. Del Castillo was selected to the CoSIDA Academic All-District team and is eligible for Academic All-America honors.

Federman was a valuable set-up man for the Canes in 2021, allowing just four earned runs in 23.2 innings as a reliever for a 1.52 ERA. The veteran right-hander went 3-1 out of the bullpen and struck out 14 batters while walking just four over his 16 relief appearances.

The Pembroke Pines, Fla., native finished the season with an 8.1-inning scoreless streak and allowed just one run over his final 19 innings of 2021. Federman played a key role in wins at Virginia (Mar. 28) and against FGCU (Apr. 14), combining to throw 7.1 innings of scoreless relief over those two outings. He also was vital in Miami’s sweep of Louisville, throwing three scoreless innings over two relief appearances to help the Canes become the second team in history to sweep the Cardinals at Jim Patterson Stadium. 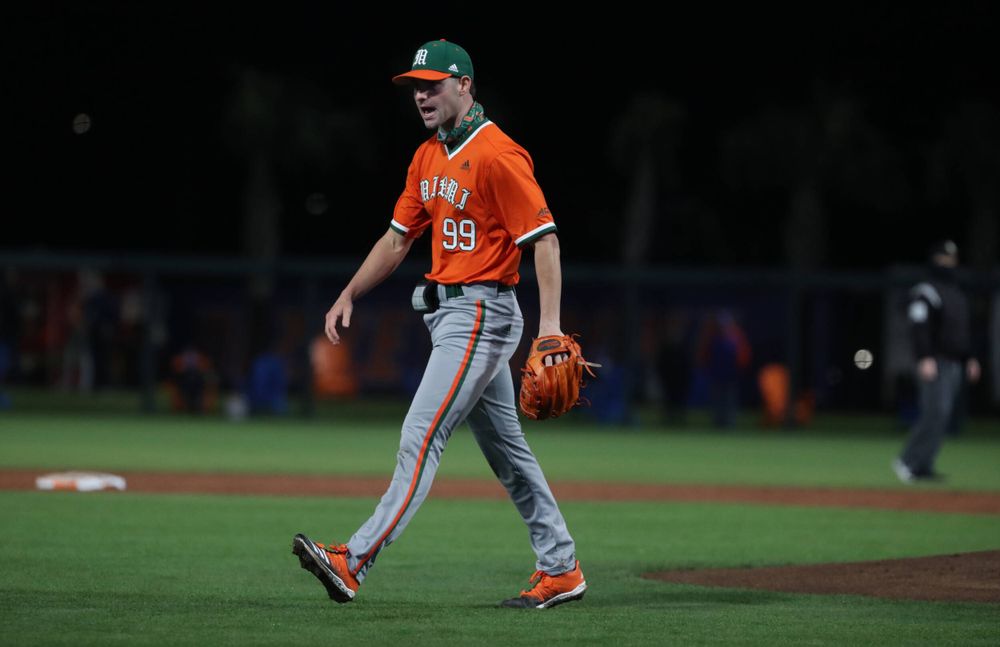 Vilar was a fixture at second base for Miami, starting all 54 games for the Canes. The third-year player was a steady offensive force in the top third of the Hurricanes’ lineup, batting .275 with 40 runs scored, nine doubles, five homers and 28 RBI. He tied for second on the team with a .398 on-base percentage and posted a .789 OPS. Vilar ranked fourth on the team with 13 multi-hit games and was fourth with seven multi-RBI performances.

After opening the season 1-for-16, Vilar got hot the rest of the way batting .293 with eight doubles, five homers and 27 RBI. The Miami native homered three times over four games from March 7 at NC State through March 13 vs. Wake Forest. Vilar was the hero in Miami’s 3-2 victory over FGCU on April 14, delivering a walk-off RBI single to keep the Hurricanes undefeated in midweek games.

Vilar completed his third year at Miami and is majoring in accounting. He has earned two Athletic Director’s Honor Roll awards and is a four-time Book Buster Club recipient. Like Federman, he is a two-time All-ACC Academic selection and has been named to the ACC Honor Roll twice in his career. 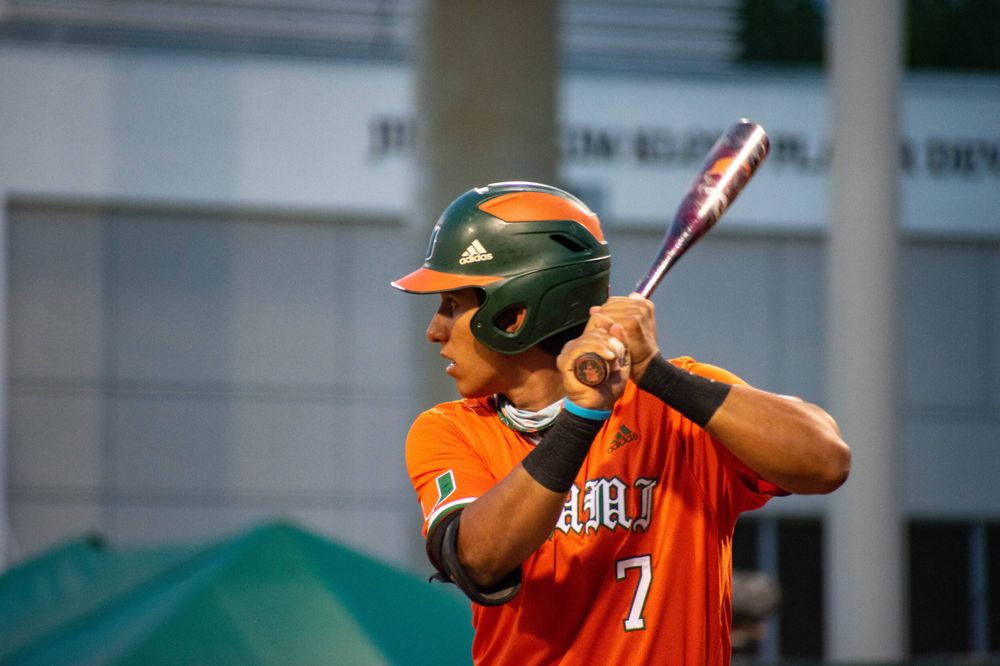 Walters emerged as a late-inning reliever in his first season in Coral Gables, posting the lowest ERA on the team among pitchers with at least 10 appearances. The right-hander had a 1.46 ERA and struck out 36 batters while walking just nine over 24.2 innings pitched. Walters held opponents to a .222 batting average over his 19 appearances, including one start.

The Palm Bay, Fla., native did not allow a run over his first seven appearances, spanning nine scoreless innings. Walters lost his scoreless-inning streak on the same day he posted a career-high seven strikeouts over 2.2 innings of relief against FGCU on April 14. The power pitcher struck out multiple batters in nine of his 19 outings and fanned at least one batter in his first 16 appearances.

Walters is pursuing a bachelor’s degree in management. In his first year at Miami, he was named to the Dean’s List once and earned two Athletic Director’s Honor Roll honors and two Book Buster Club awards. He was also named to the ACC Honor Roll. 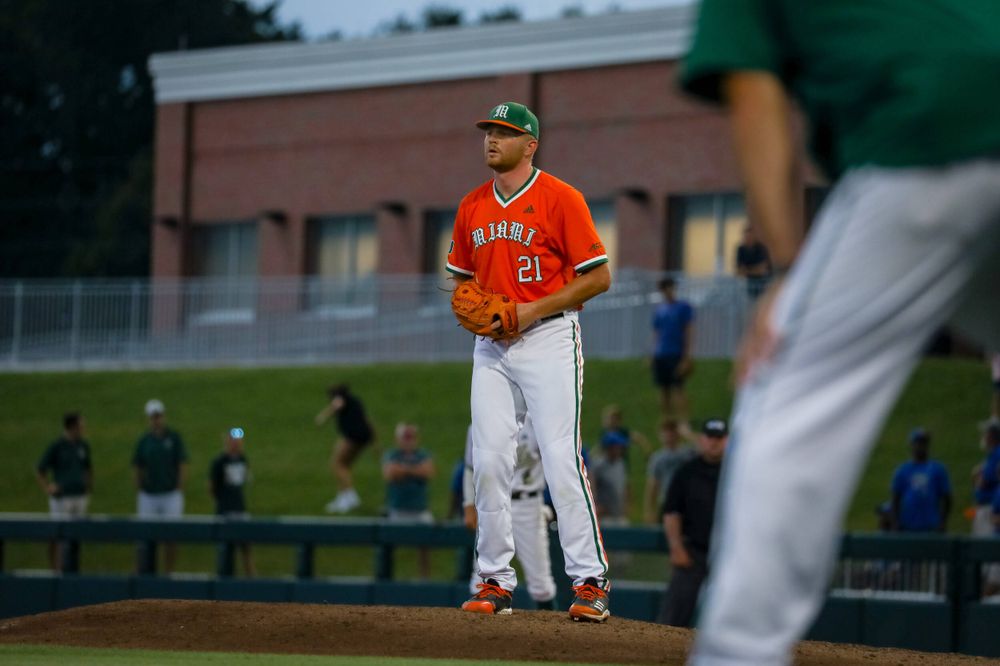