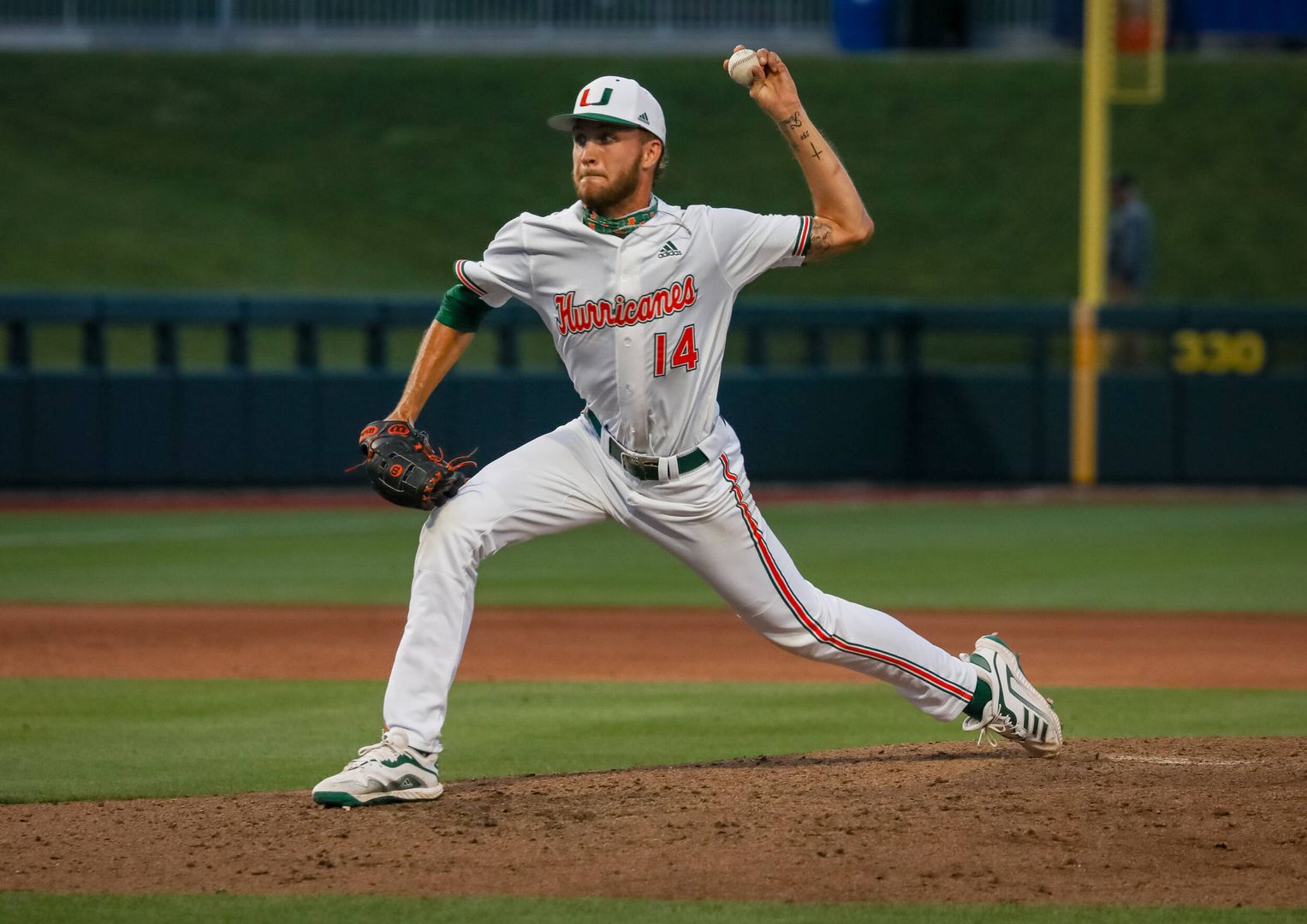 CORAL GABLES, Fla. – Carson Palmquist will go from wearing one iconic uniform to another this summer, as the left-handed pitcher was named to the 2021 USA Baseball Collegiate National Team.

Trading in Miami’s iconic orange and green for the United States’ red, white and blue is a dream come true for Palmquist

“It means a lot to me and my family to be representing our country,” Palmquist said. “Watching baseball as a little kid, I always dreamed of playing for team USA. That’s always been a dream, and now that I finally get to do it I just hope that I can do well and make good out of it.” 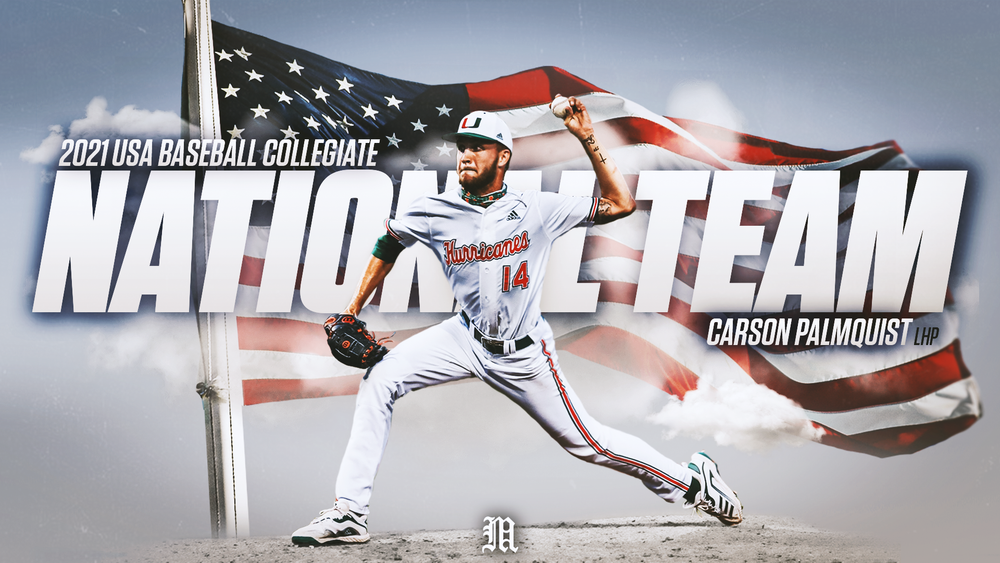 Miami’s ace closer learned he was potentially going to play for Team USA in late May. Head coach Gino DiMare and J.D. Arteaga delivered the news and it was the last thing Palmquist expected at the time.

“One day in practice, JD and Gino called me over and, at first, I thought I did something wrong,” Palmquist said. “But they told me, ‘We had a call last night about having you go over and play for Team USA this summer.’ After that, I just told my family and they were super excited about it.”

Palmquist will travel to the USA Baseball National Training Complex in Cary, N.C., where he will be one of 48 players in the unique 2021 version of the Collegiate National Team. The Collegiate team will be split into two teams, the Stars and Stripes, and will go head-to-head in 11 games beginning on July 2.

Ten of the team’s 11 games will be played in the cities of the Appalachian League, which is in its first season as a summer collegiate league as part of MLB and USA Baseball’s Prospect Development Pipeline.

The Collegiate National Team will also play a game at the USA Baseball National Training Complex on July 4, at 1:30 p.m. EDT. The game will be streamed on USABaseball.com and on USA Baseball’s Facebook and YouTube channels.

“I think it’ll be a positive because more people in the United States will be able to see us play,” Palmquist said. “Hopefully, a lot of people will come to watch us. Although it would be fun to travel and play in another country, it’s going to be fun doing this.”

Palmquist is eager to join his teammates on the Collegiate National Team and get to know a new group of players and coaches. The lefty is excited about learning from other successful players and coaches with the hope of improving his game for the future.

“It will be cool to see different perspectives and hopefully, I can bring some knowledge back that may help our team win games,” Palmquist said.

The Fort Myers, Fla., native caught USA Baseball’s attention after an outstanding 2021 season, his first full year in college baseball. Palmquist finished the 2021 season with an ACC-leading 14 saves that rank third nationally. He wrapped up the season with a 2.22 ERA, allowing just 11 earned runs over 25 appearances.

“It means a lot to have put myself in a position to play for Team USA,” Palmquist said. “I just feel like I still have more to improve on and I still have more to prove myself. I’m only going to get better and it helps having one full season under my belt. Now I know what to expect. I went out there and did good and helped my team and I’m getting the recognition for it after the season.”

Palmquist received a lot of postseason accolades following his 2021 campaign. Five All-America honors – including a pair of first-team selections – headline a list that also includes a pair of Freshman All-America awards, first-team All-ACC and ACC All-Freshman selections and a spot on the ABCA All-Region First Team.

The 2021 season was an unforgettable one for Palmquist filled with success on the mound. But the lefty is looking forward to adding some more memories this year while donning a USA Baseball uniform.

“I can’t wait to finally be in the moment and realize, ‘Wow this is happening. It’s actually happening,’” Palmquist said.