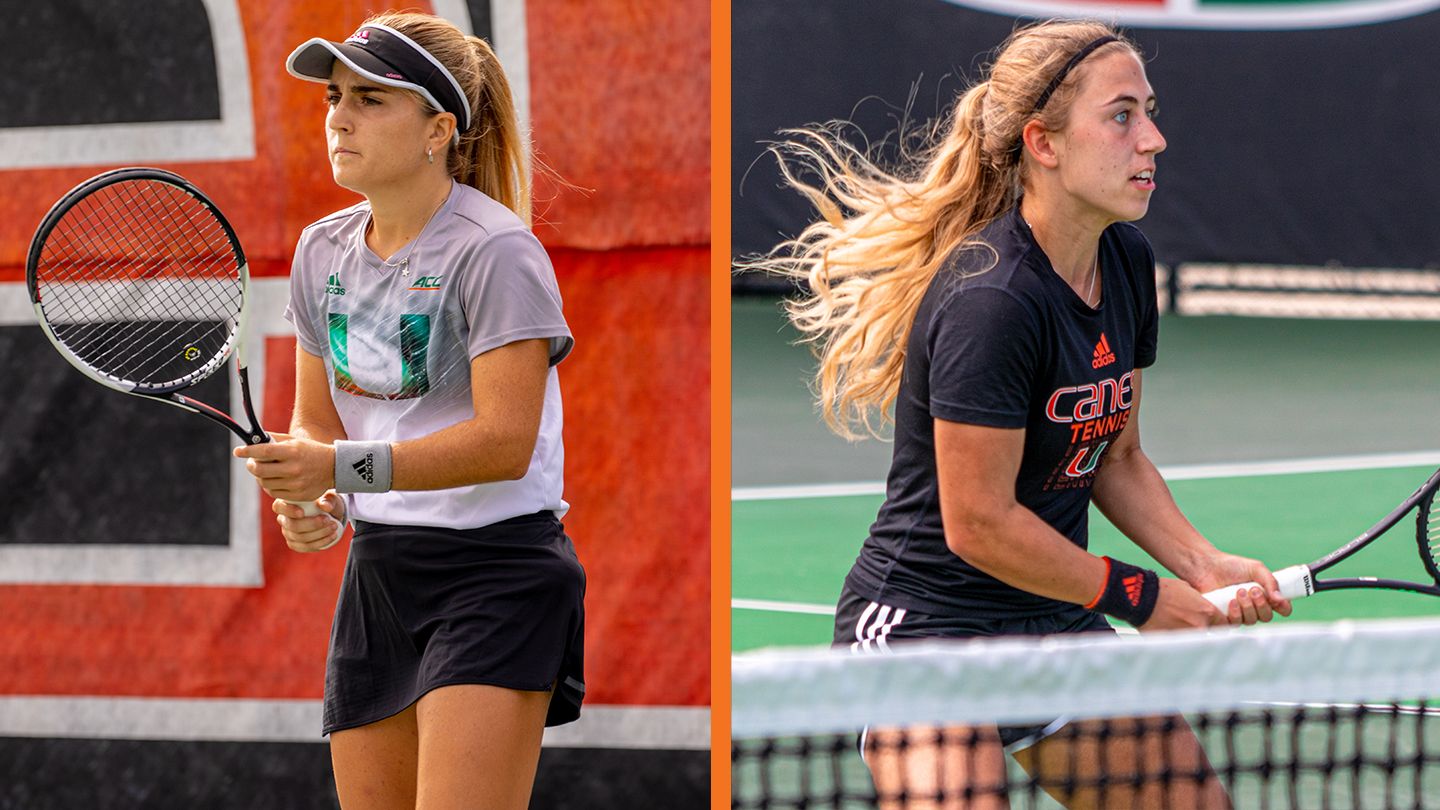 Estela Perez-Somarriba picked up ACC Co-Player of the Week distinction and Isabella Pfennig earned ACC Co-Freshman of the Week plaudits. The former shared the honor with Florida State’s Giulia Pairone, while the latter did so with Boston College’s Marice Aguiar.

This is the first time since March 20, 2018, the Hurricanes have claimed both ACC awards. They come after the duo helped lead No. 34 Miami to a pair of road victories this past weekend, the first a 4-3 triumph Friday at No. 50 Syracuse and the latter a 5-2 decision Sunday at Boston College.

This is the seventh ACC Player of the Week recognition for Perez-Somarriba, who won both of her singles matches at the top spot last week. The fifth-year senior from Madrid downed No. 81 Guzal Yusupova of Syracuse, 6-2, 6-0, and then defeated Boston College’s Kylie Wilcox, 6-4, 6-4.

Pfennig, who claimed her second rookie award this season, split her two singles outings. After a Friday setback against a ranked foe, she returned Sunday to defeat No. 76 Yufei Long of Boston College, 6-2, 4-6, 6-0.

In addition, the two played together in doubles, notching a 1-1 mark at the No. 1 spot on the week. Following a loss at Syracuse, the pair rebounded to register a top-25 victory over the Eagles No. 25 duo of Long and Wilcox, 6-3.

Perez-Somarriba, Pfennig and the Hurricanes begin their first homestand of the season Wednesday at 11 a.m. against USF at the Neil Schiff Tennis Center.