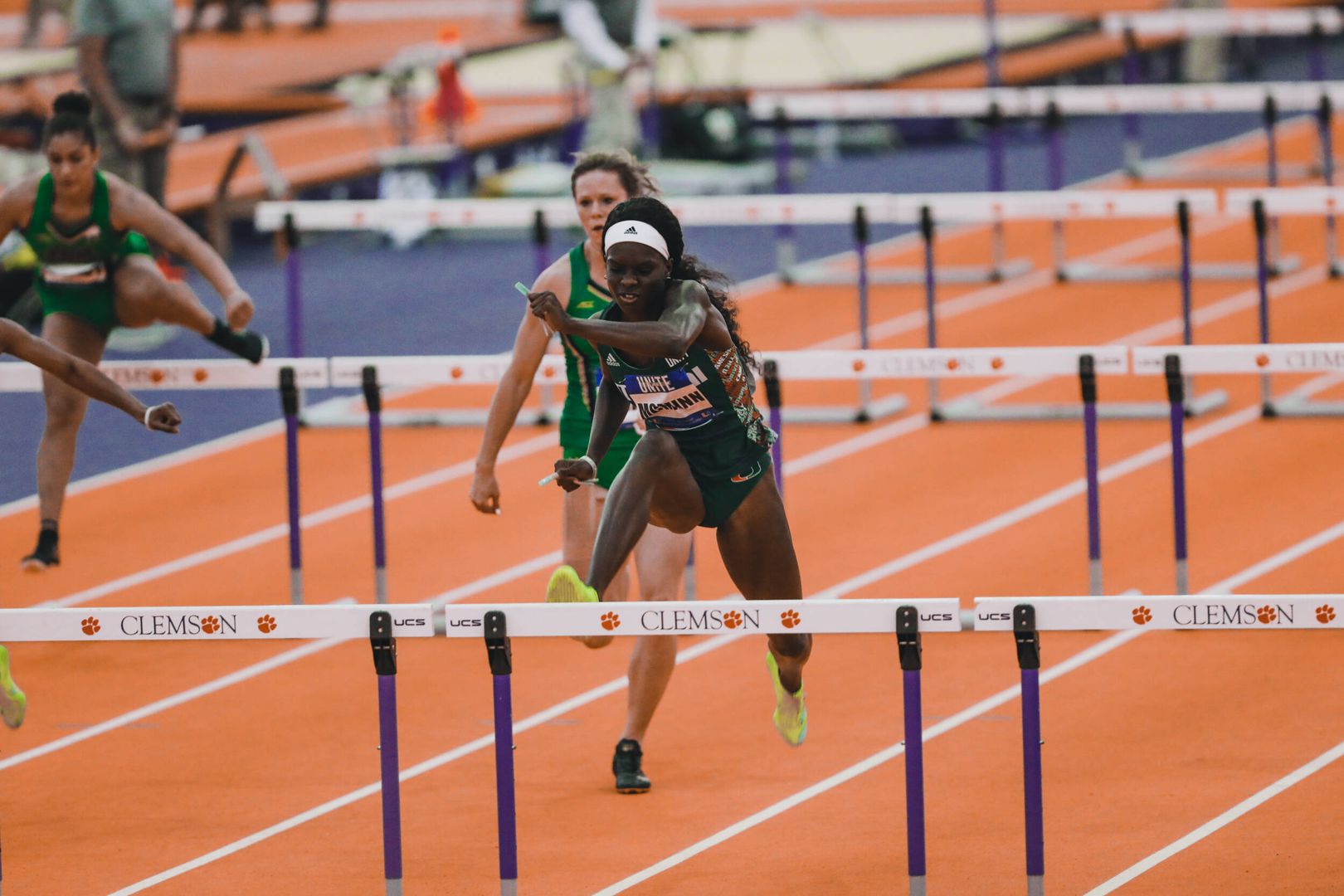 CORAL GABLES, Fla. – The women of Miami track and field are now ranked No. 25 in US Track and Field and Cross Country Coaches Association Poll.

The Canes cracked the top 25 poll for the second time this season after being ranked No. 22 after the second week of the indoor season.

Miami combined to score in nine events, five on the track and four field, to score 34.93 total points. Senior Tiara McMinn holds the top national ranking for the Canes with the fourth-fastest time in the 60m hurdles after a season-best time of 8.00 seconds. McMinn posted that time at the ACC Indoor Championships leading her to her second gold medal in the event.

Two Canes post top 25 times in the 60m dash led by Alfreda Steele at No. 13 with her time of 7.25m, which matches her personal-best time. Sophomore Jacious Sears’ time of 7.30 is the 19th fastest in the NCAA.

Kayla Johnson reached her first NCAA Indoor Championships in an individual event in the 800m with her program record time of 2:03.80. Johnson’s time ranks 11th in the country. Johnson also helped Miami’s women post the No. 13 time in the 4×400 relay at the conference championships with a time of 3:37.35. Lauryn Harris, Moriah Oliveira, Sierra Oliveira and Johnson boasted the time for a gold medal at conference.

After earning her first ever gold medal at conference, Taylor Wright’s mark of 1.79m ranks as No. 20. Harris closes out the top 25 in the women’s long jump at 6.18m, which earned her a bronze medal at her first ACCs.

Miami’s defending ACC Indoor Championships Field MVP Debbie Ajagbe boasts two top 20 marks in the shot put and weight throw. Her NCAA-qualifying mark of 21.76m ranks as No. 11, while her shot put mark of 16.74m comes in at No. 16.