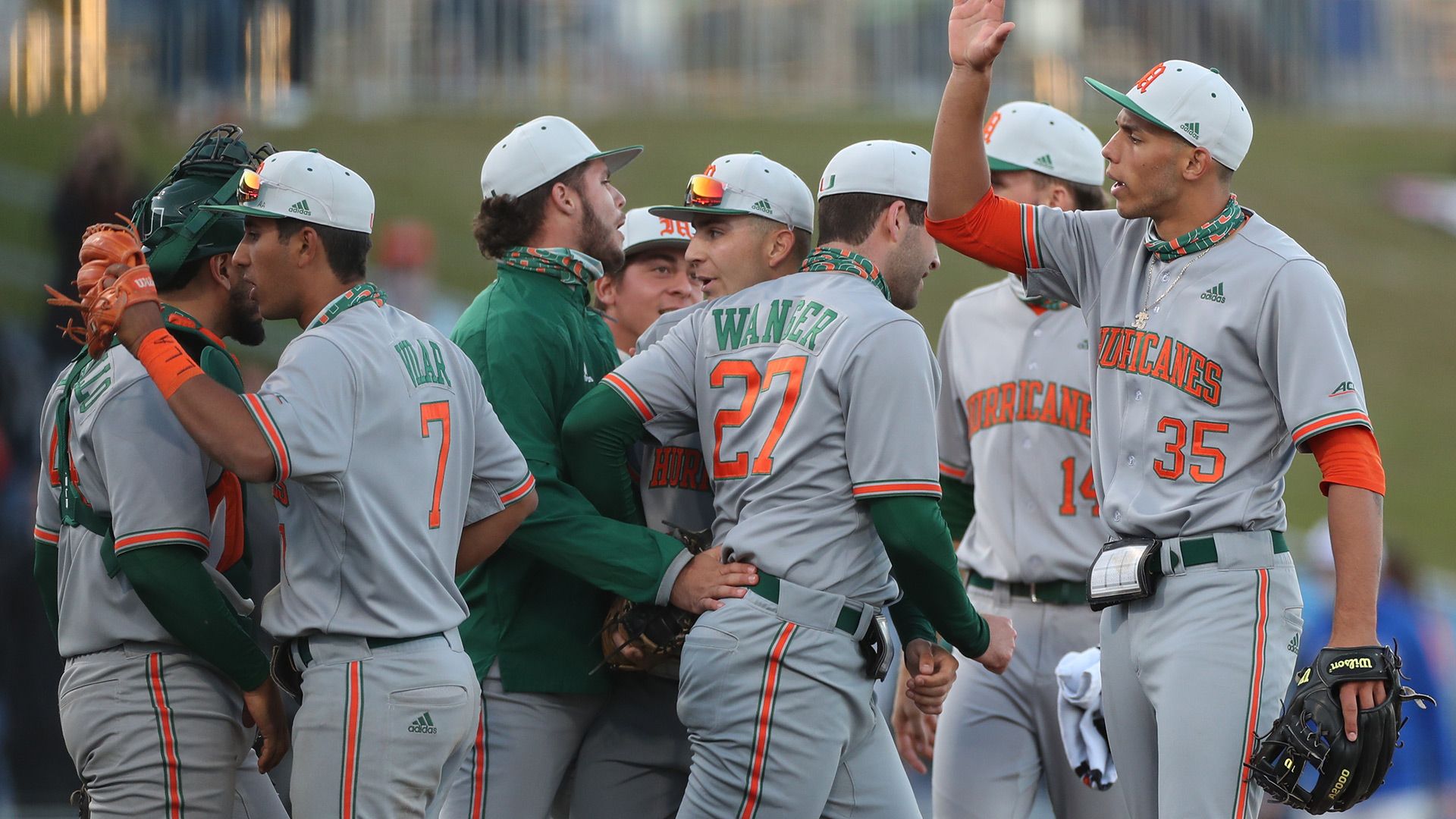 CORAL GABLES, Fla. – After securing a series victory over No. 1 Florida on opening weekend, the University of Miami was one of the biggest movers in the college baseball rankings.

The Hurricanes (2-1) jumped up five spots to No. 1 in Collegiate Baseball’s NCAA Division I Baseball Poll. Miami is ranked No. 1 in a poll for the second season in a row, as the Hurricanes held the top spot in the D1 Baseball Top 25 last year following a season-opening sweep of Rutgers.

The Canes rose eight places to No. 3 in the Baseball America Top 25, moved up four positions to No. 3 in the Perfect Game Top 25 and went up five spots to No. 5 in the NCBWA Division I Poll, giving Miami four top-five rankings following the first weekend of games.

Miami made its biggest move in the D1 Baseball Top 25, climbing 15 spots from No. 21 to No. 6. The USA TODAY Coaches Poll, which ranked the Canes No. 15, will update its preseason ranking in March. 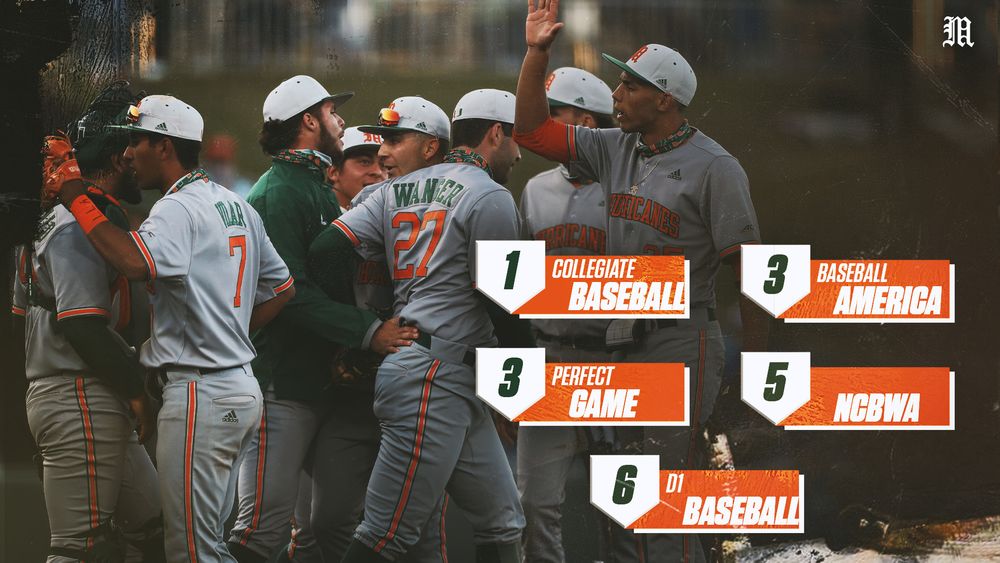 The Canes traveled to Gainesville, Fla., over the weekend to kick off their 2021 campaign against a Florida team that experts unanimously dubbed the top team in America before the season. Adding to the luster of the high-profile matchup was the inauguration of Florida Ballpark, but the Hurricanes crashed the party and took two-of-three games against the Gators.

“We had a meeting the night before the opening game and I said, ‘Look, we’re not putting on any rings this weekend. Nobody’s going to crown us champions after one series, but our expectation is to come in here and win the series,’” head coach Gino DiMare said. “I thought we just did an excellent job — everybody, coaches, players, everyone — of just staying very relaxed and focused on just playing a full game. Whatever happens, we’re going to lay it all out on the line and everybody’s going to play their tails off.”

The Hurricanes nearly rallied back to win Friday’s opener before a resilient 10-9 comeback win in 13 innings on Saturday. Sunday’s 8-6 victory closed out the Hurricanes’ first series win over Florida since taking two-of-three in 2014 and was Miami’s first series victory in Gainesville since sweeping the Gators in 2009.

“It was a big, big series to start the year off and we know it was going to be a big test,” DiMare said. “The big thing I took away, especially the first few nights, is just the fact that our players never gave up. Even in the first game, we lost but we kept battling, and I think it carried over to the second game. We scored three runs in the last inning to tie it and that gave us the chance to go to extra innings and win it and taking that game gave us the chance to win the series today. It was nice to come out and get a big lead, but you just know it’s never going to be over. That’s obviously a very good program, they’re going to keep fighting and we were able to finish it there at the end. It was a total team effort from a lot of people, a lot of guys got their feet wet in this series for the first time, a lot of better veteran guys played well and I’m just so, so happy for our players and our program.”

“It’s been a long time since we’ve won a series against these guys,” DiMare said. “It’s not easy, they’re a good program. A lot of people have gone down to the Gators over the years. I feel good about where our program is at and I’m very happy for winning the series but we have to keep it in perspective. We’ve got to turn the page because we’ve got 47 more of these to go.”

The Hurricanes opened the season away from Mark Light Field for the first time in over two decades. Miami last started a season away from Coral Gables when it traveled to Hawaii for a four-game set to start the 1997 season.

Miami now heads back to Coral Gables for its first home series of the 2021 season. The Hurricanes will open conference play with a three-game set against Virginia Tech beginning Friday, Feb. 26 at 7 p.m.