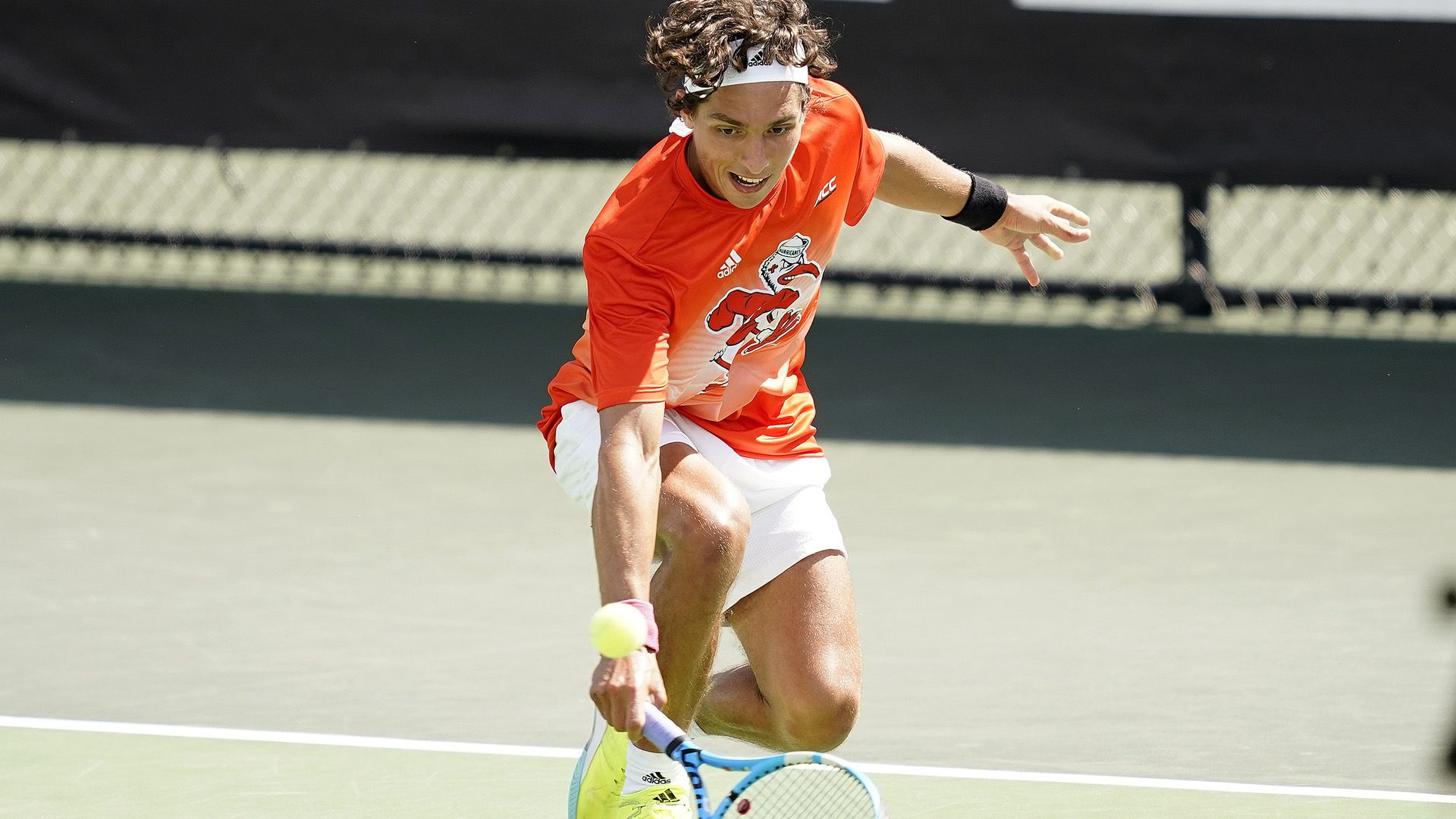 Opening the league year against the Yellow Jackets, Aubone and Hannestad, ranked No. 22 nationally, teamed up in a top-40 matchup against Georgia Tech’s Marcus McDaniel and Pablo Schelcher, ranked No. 31 by the ITA.

Following a win on court 3 by Bojan Jankulovski and Stephen Madonia, Aubone and Hannestad clinched the doubles point with a 6-3 triumph.

In singles, Aubone took care of business against Brandon McKinney, 6-3, 6-2, to collect the deciding fourth point of the match in the Hurricanes 6-1 triumph. 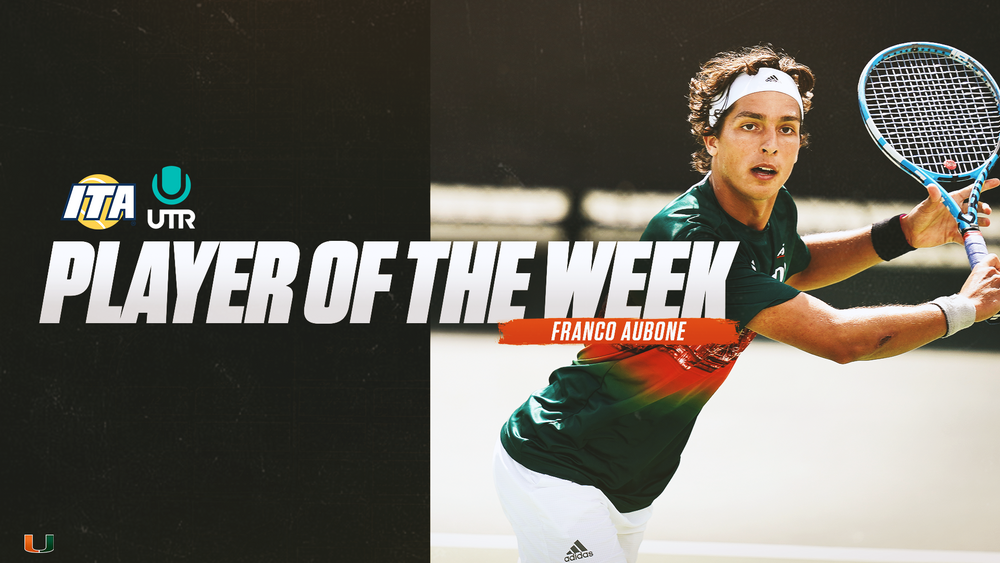 Two days later, Miami hosted the Tigers at the Neil Schiff Tennis Center in a back and forth affair.

What proved to be the crucial point in the contest, Aubone and Hannestad overcame a 2-3 deficit against Teodor Giusca and Yizhou Liu to earn the 6-3 victory.

“I am really happy,” Aubone said immediately following the match against the Tigers. “That game was certainly tough. We knew that they were going to come here and fight and we knew they had just beaten Florida State two days ago.

“The doubles point today was very important. It came down to court No. 3, where Boki and Stephen played amazing in the tiebreaker. And then in singles, you are playing and watching the scores, and all of the sudden you realize guys are coming over to you,” Aubone continued. “I tried to enjoy it as much as I could and remain calm. Of course, you get nervous, but your team is there rallying behind you and trying to lift you up every single point. So, I just tried to enjoy every single point and I think in the end it was the team who helped free the nerves from my hands, my legs and allowed me to play my best at the end.”

Prior to the conference opener on Friday, Aubone entered the match with a 12.92 rating on UTR. However, following the perfect week he rose 0.2 points and now sits at 13.12.

Aubone and the Hurricanes will return to competition on Saturday at 1 p.m., when they take on FGCU at the Neil Schiff Tennis Center.

The UTR/ITA Player of the Week honors a collegiate tennis player whose increase in UTR rating throughout the previous week was indicative of his/her high level of performance, including notable wins such as clinching matches and upsets.