The weekly ProCanes Report will weed through all the NFL highlights and news to bring you the information you care about the most… what the University of Miami Hurricanes did during the week prior. Duke Johnson delivered one of the highlights of the week on a 33-yard touchdown grab on Thanksgiving, helping lead the Texans to a win over homestanding Detroit. Read on for more from across the league.

Duke Johnson averaged 4.1 yards per run on Thanksgiving, but his biggest contribution came on a 33-yard touchdown reception on a pass from Houston QB Deshaun Watson. Johnson finished with 80 yards of total offense, and finished with his most receiving yards since a game against New England back in 2019. Watson’s thoughts after the Thanksgiving Day win? “Duke had a heck of a game.” Amen, Deshaun.

37-year-old Frank Gore continues to demonstrate his ageless ability to run the football, and did just that once again Sunday versus the Dolphins. Gore rushed 18 times for 74 yards, averaging more than four yards per rush, and added three receptions for Jets in their loss to Miami. Gore has managed 15,868 yards in his 16 seasons, ranking third all-time in the NFL rushing list.

Rayshawn Jenkins has taken advantage of his opportunity this season, and delivered another strong outing in Sunday’s 27-17 loss to Buffalo. Jenkins, a fourth-year safety, set a career high for tackles in a game with 11, including eight solo stops, in the defeat. Jenkins, who has a career-best 70 tackles this season, is on pace for his first 100-tackle season with the Chargers. 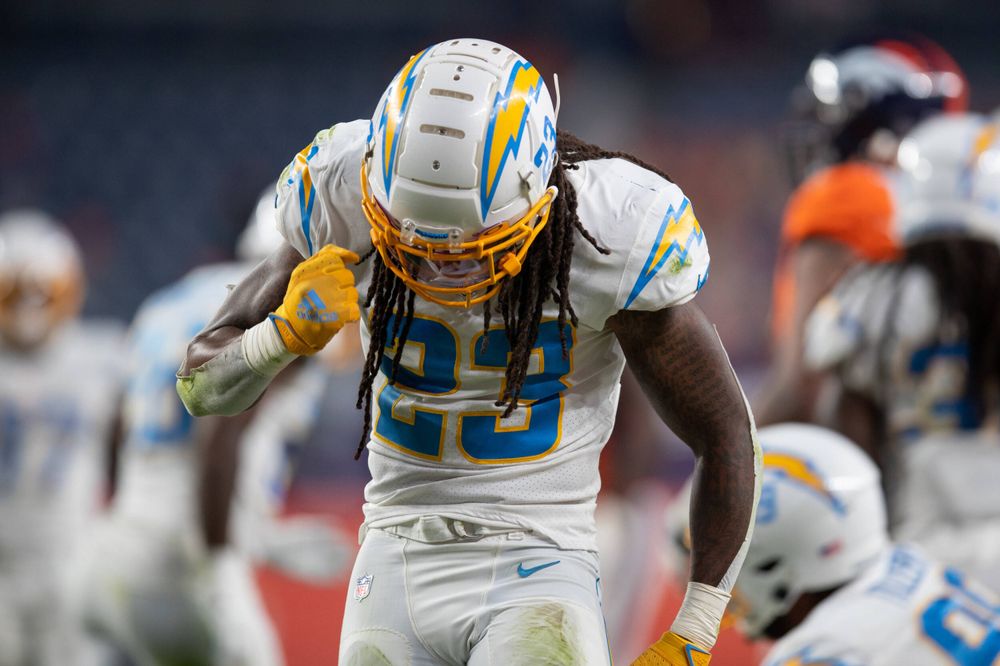 Rayshawn Jenkins is on pace for more than 100 tackles this year (photo courtesy of Los Angeles Chargers).

Remembering Sean Taylor: On November 27, football fans across the country took a moment to remember one of the greatest safeties in the history of football – University of Miami Hurricane great Sean Taylor. The generational talent, who played at Miami from 2001-2003, tragically passed away at age 27.

"I never had the opportunity to coach Sean, but I did meet him and get to know him a little bit and I admired his game from afar. He was one of those generational players, one of those guys that come once in a lifetime."