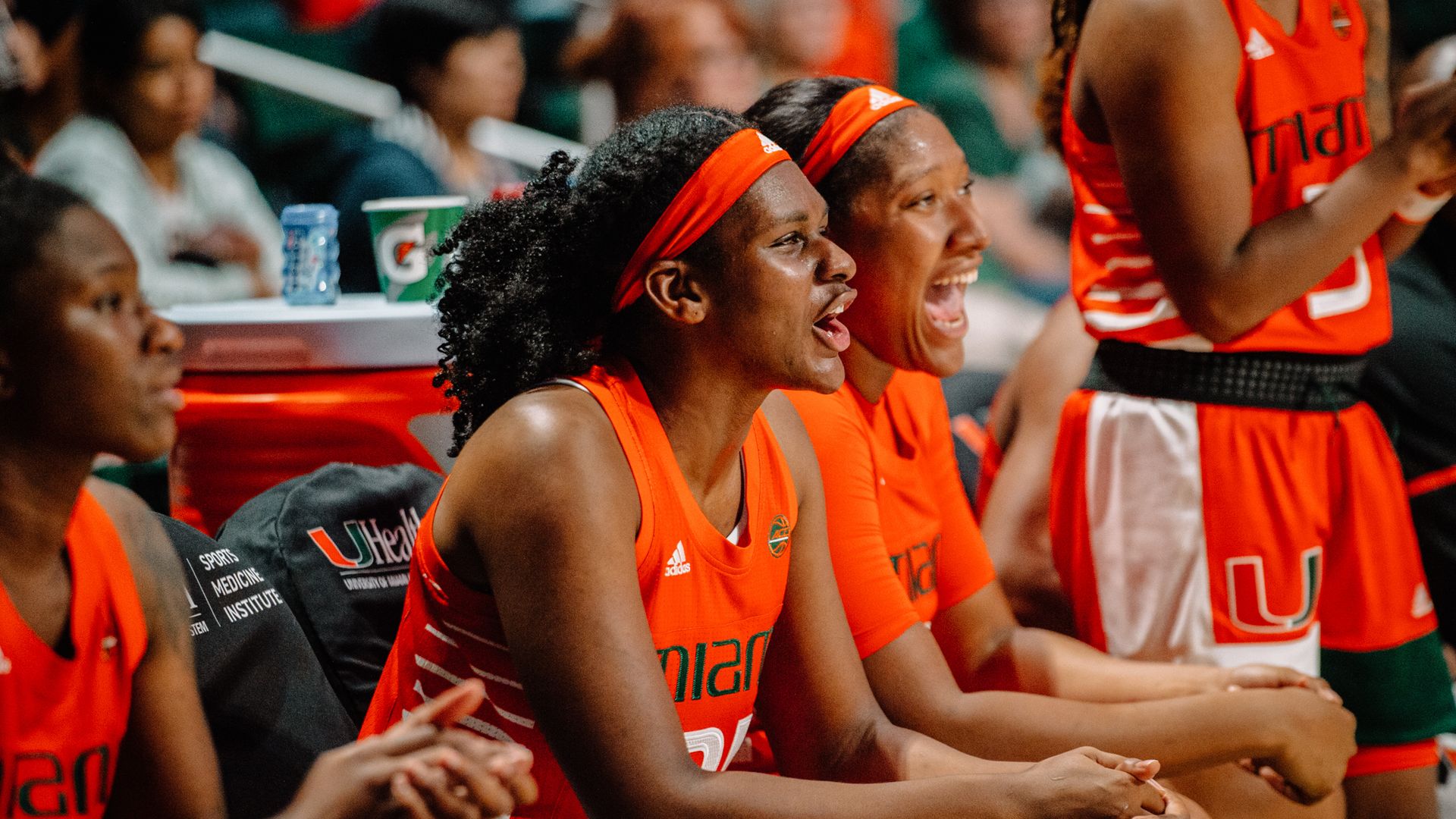 CORAL GABLES, Fla. – The Miami post group suffered the deepest loss of all the position groups this season with the departure of All-ACC player Beatrice Mompremier.

However, the Canes return a pair of post players who saw significant court time in 2019-20 in Brianna Jackson and Sydnee Roby. The duo took over post duties following an injury to Mompremier at the beginning of ACC play.

“[Brianna] is obviously a player who played a lot of minutes for us last year, so she knows what it takes to grind and to try and get wins in the ACC,” associate head coach Octavia Blue said. “She had a really good freshman campaign and if she can play at that level and above, I think it gives us a really good chance to compete in the conference.”

Throughout preseason workouts, the sophomore has focused on bettering her defensive game, attacking the glass and increasing her blocked shot numbers. Even more than that, Jackson is ready to be back on the court with her teammates.

“I’m looking forward to the wins and celebrating with my team,” Jackson said. 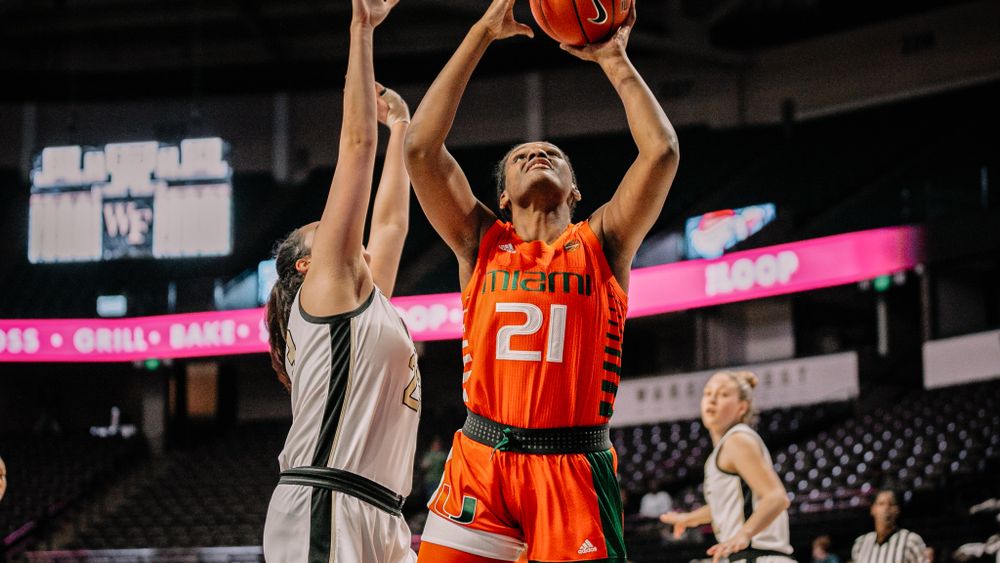 In addition to Jackson, Miami has high expectations for Roby, who appeared in 29 games for the Canes in 2019-20.

“Sydnee worked really hard this offseason,” Blue said. “She’s a player that makes read out of the low block to get people open and is one of our best playermakers out of the low post.”

Roby was extremely efficient when she was on the floor, averaging 2.7 points and 1.6 rebounds in just over eight minutes of action each outing. In a full 40-minute scenario, her numbers would convert to 12.4 points and 7.5 rebounds for the Canes. 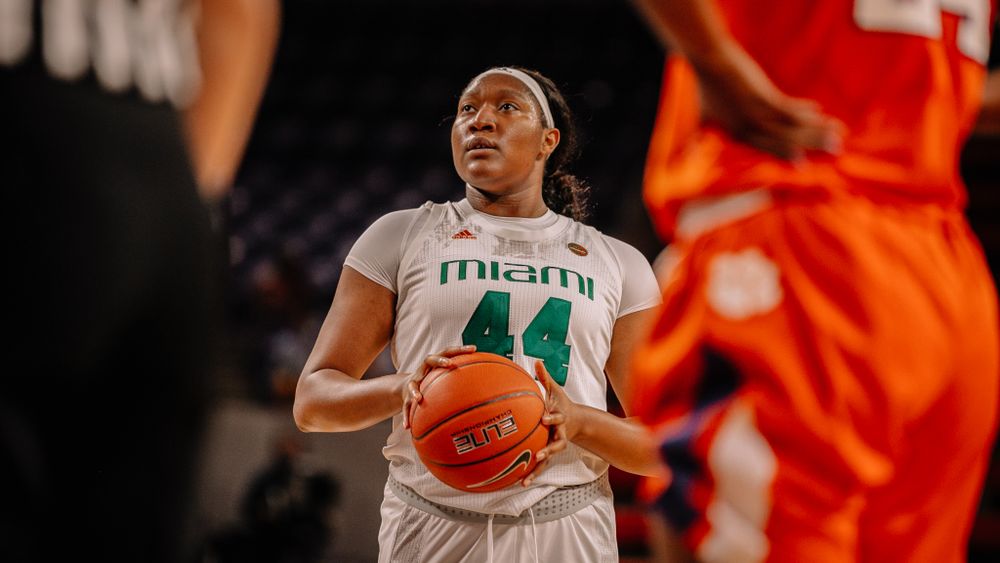 Miami added significant length in the post position with the addition of 6-foot-4 Paula Fraile Ruiz. The freshman brings a wealth of international experience to the Canes, representing Spain at the U18 Women’s European Championship in 2018.

“Paula has a great skillset, especially with her vision,” head coach Katie Meier said. “Her passing can elevate her team and we believe that she will develop into one of the most versatile post players in the ACC.”

Aside from the core three posts, Miami has a pair of players that can play in the paint and on the perimeter.

Junior Jamir Huston returns as one of the Canes’ top rebounders, posting 4.0 boards per game in 2019-20. The forward was especially aggressive on the offensive glass, hauling in a team-best 57 offensive rebounds last season. 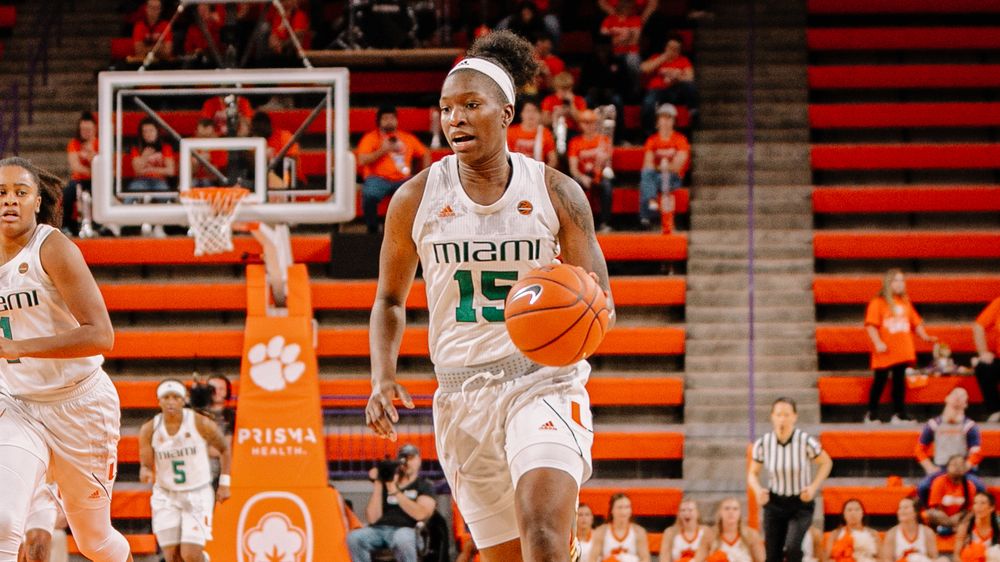 One of the most versatile players on Miami’s roster this season, Nyayongah Gony epitomizes the phrase “position-less basketball.”

“Nyayongah is an ACC All-Freshman team caliber player,” Blue said. “Her basketball IQ is up there with the best of them and she’s really shown herself this preseason.”

Standing tall at 6-foot-2, Gony has the ability to not only post up inside, but also knock down 3-pointers, forcing defenses to stretch to cover her.

While the post group is made up of mostly underclassmen, the unit has put in the work during the offseason and is ready to show up on gameday.