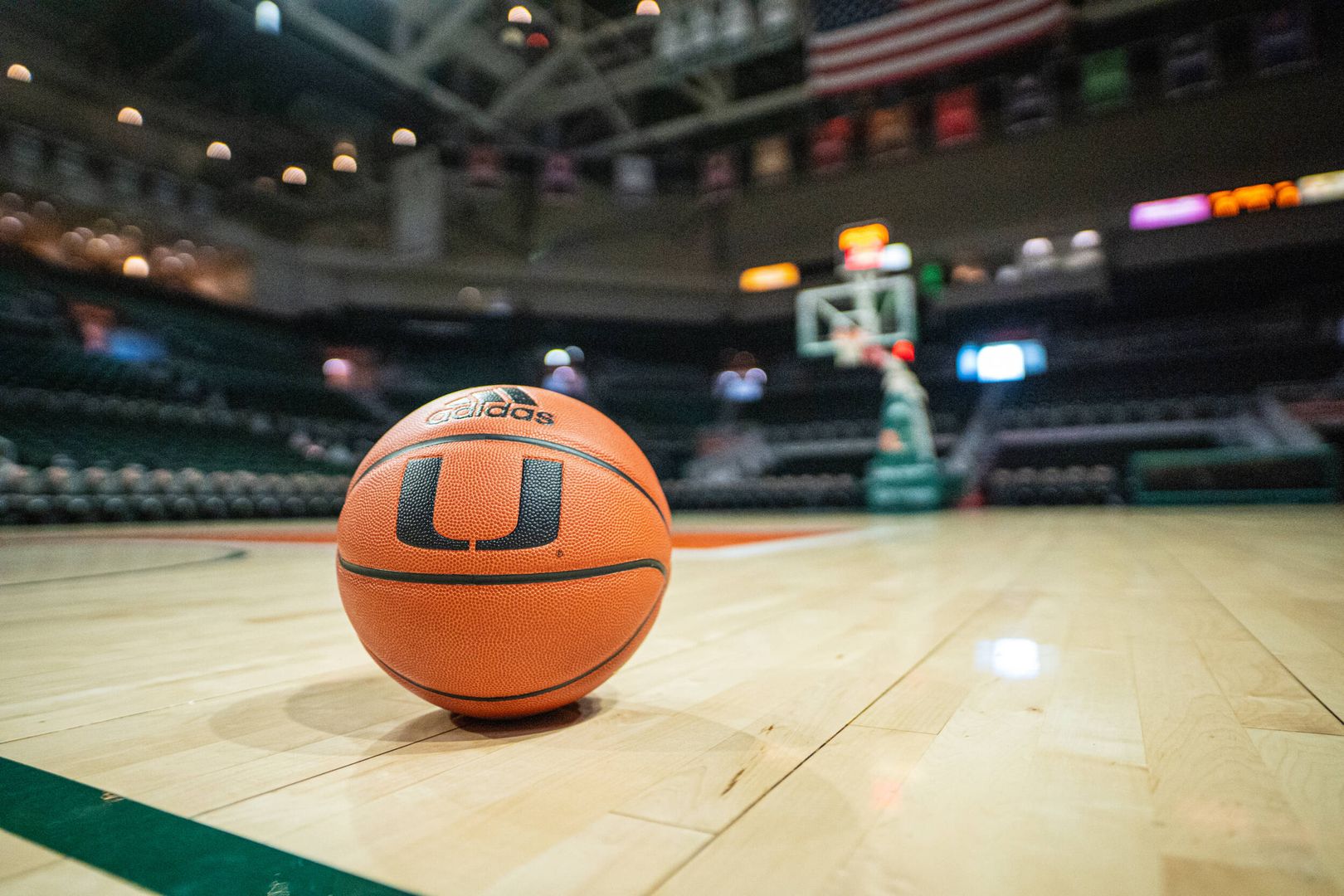 The Canes open the 2020-21 campaign with four non-conference games at home in the Watsco Center. They will then move into a 20-game conference schedule, up two games from last season’s total.

In three of its four non-conference games, Miami will square off with a team from the Atlantic Sun. The Canes are 25-3 all-time against ASUN teams and hold a five-game winning streak over teams from the conference.

The Canes tip off the season on Nov. 25, taking on Jacksonville University, before hosting a familiar foe in North Florida on Nov. 28.

On Dec. 3, the Canes host Florida Atlantic for the first time since 2012. Miami has never lost a game to the Owls, boasting a 17-0 record against the team from Boca Raton, Fla.

The Canes wrap up non-conference action against another Atlantic Sun opponent in Stetson on Dec. 6.

Miami is set to play four ACC teams prior to the holiday break, beginning with back-to-back home games against Syracuse on Dec. 10 and Duke on Dec. 13.

The Canes head up to Atlanta on Dec. 17 to take on Georgia Tech before traveling to ACC preseason favorite Louisville on Dec. 20.

Following a short break for the holidays, Miami will close out the calendar year with a home contest against Notre Dame on Dec. 31.

Miami then plays a pair of Northeast foes on the road back-to-back, the first meeting Syracuse for a second time on Jan. 17 and then visiting Pittsburgh on Jan. 21.

Coming off a bye week, the Canes host Georgia Tech and Boston College on Jan. 28 and Jan. 31, respectively.

Miami makes a trip to the Research Triangle to start February, facing NC State on Feb. 4 and Duke on Feb. 7.

The Canes return to the Watsco Center for a game against Virginia Tech on Feb. 11 before taking a short trip to Tallahassee, Fla., to face Florida State for the second time in the season on Feb. 14.

Game times and television designations for Miami’s 2020-21 schedule will be announced at a later date.

In the event fans are permitted to attend games after the first two months, season ticket holders will be given priority access to purchase tickets.

Season ticket holders’ seat locations and parking passes will be reserved on each account for the 2021-22 season and no action is needed at this time.