The weekly ProCanes Report will weed through all the NFL highlights and news to bring you the information you care about the most… what the University of Miami Hurricanes did during the week prior. Safeties Sheldrick Redwine and Adrian Colbert have enjoyed impressive starts to the 2020 season – Redwine in his second year with the Browns and Colbert in his first year with the Giants – and both delivered Sunday. Read on for more from across the league.

Adrian Colbert has been a part of five different organizations since being drafted by the San Francisco 49ers in 2017, but he may have finally found a home: New York. Colbert, in his first year with the Giants, made another start on Sunday against Dallas and finished with a career-high eight tackles, including one tackle for loss, in a narrow loss to the Cowboys. He played 76 percent of the Giants’ snaps on defense Sunday.

When Cleveland Browns safety Ronnie Harrison went down with a potential concussion, in stepped Sheldrick Redwine. Shortly thereafter, the Browns’ second-year safety took advantage of the moment with the first interception of his NFL career. Redwine, who had 41 tackles during his rookie season in Cleveland, could see an increased role for the Browns, who are 4-1 but have struggled with injuries across the board.

Coming off a disappointing season with Green Bay, Jimmy Graham signed a two-year deal with Chicago this past offseason looking for a new role. Graham has impressed, and after his touchdown grab Sunday against Tampa Bay, now ranks second among touchdown receptions by tight end. Not only does Graham’s four touchdowns surpass his 2019 total of three, but it’s one shy of his total (five) through two seasons in Green Bay. 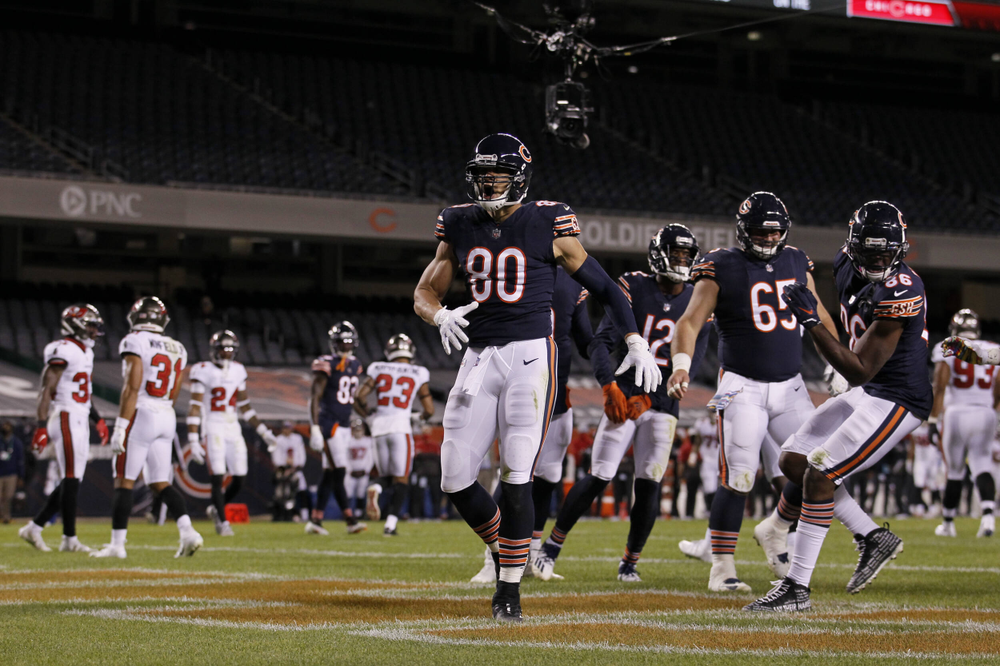 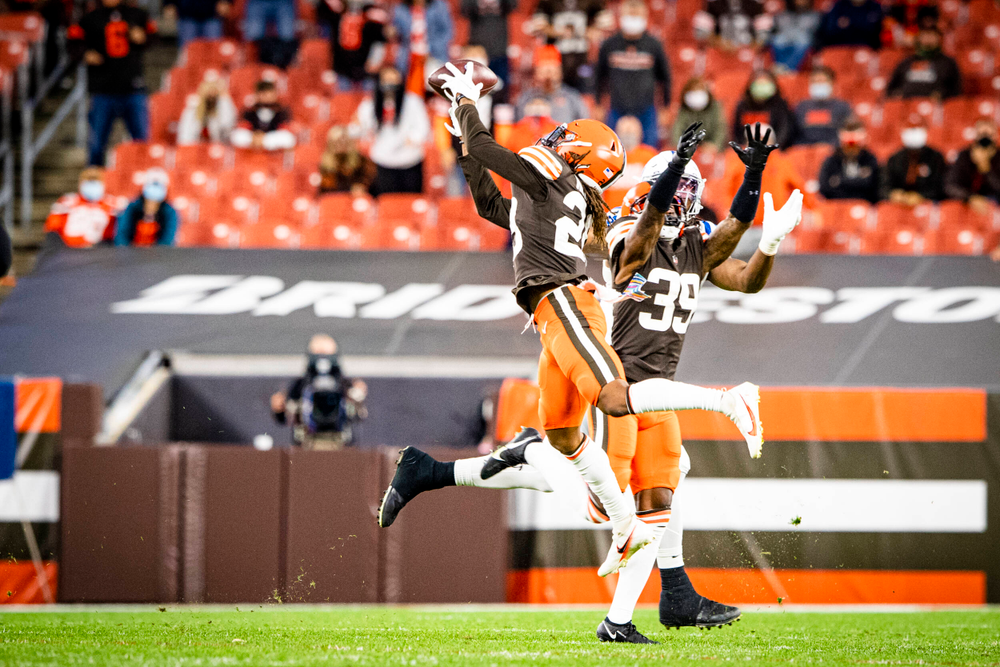 Sheldrick Redwine on his mentality after recording the first interception of his NFL career:

“It is just a process. I am a strong believer in trusting the process. Everything is going to happen the way you want it to happen. It is just a matter of time. It’s just that belief in myself. I never got down about it. Just playing my role until my role expanded. They needed me to come in and play defense, and I came in and I just did what I had to do.”