CORAL GABLES, Fla. — While fantasy football drafts occurred all across the country last week in preparation for Week 1 of the NFL season, Miami head coach Manny Diaz knows who would be near the top of his boards if he took part in a college fantasy league.

There’s no doubt Louisville’s trio of QB Malik Cunningham, RB Javian Hawkins and WR Tutu Atwell would score a lot of points in any league by any metric.

Both Diaz and defensive coordinator Blake Baker spoke highly of the trio, and the Louisville Cardinals in general, early this week as the #17 Hurricanes (1-0) prepare for #18 Louisville (1-0) in the ACC opener for both teams.

With both teams ranked in the latest top-25 polls, College GameDay selected the Derby City as the site of their weekly show. It will mark the 22nd time the Hurricanes were involved in a game picked as the site of ESPN’s flagship college football programming.

"If you were playing fantasy football in the ACC, their combination of quarterback, running back and wide receiver is right up there in the top three."

“Obviously going on the road to Louisville, they were predicted to be the second-best team in the Atlantic [Division] before we all lumped up into one big pile,” Diaz said. “If you were playing fantasy football in the ACC, their combination of quarterback, running back and wide receiver is right up there in the top three. [Louisville], Clemson and North Carolina, I would think, would be the top three in terms of just skill positions and explosion on offense.”

Unsurprisingly, the Cardinals’ top trio was busy filling up the stat sheet in Saturday’s 35-21 win over Western Kentucky.

Cunningham threw for 343 yards and three touchdowns, Hawkins added 71 rushing yards and a touchdown, and Atwell hauled in a game-high seven receptions for 78 yards. Louisville finished with 487 total yards in the win.

The Cardinals’ two-touchdown advantage in the end was not indicative of the game itself, Diaz said.

“Again, very much like the UAB-Central Arkansas game, the score was a little bit misleading because Western Kentucky really benefited from field position,” he explained.

Perhaps even more than Louisville’s penchant for offensive fireworks, however, Diaz came away impressed with the way the Cardinals played on defense against WKU.

“The biggest difference from watching them on Saturday night, their defense has made a great transformation. You can see Year 2 in being an assistant…for the first time, I think, in five years, it’s the first time Louisville has had the same defensive coordinator in back-to-back years,” Diaz said. “Their kids are a lot more confident, playing much more aggressively. They’re much more multiple than they were a year ago. They tackled outstanding for an opener.”

“Tutu Atwell is as dynamic of a player as we’ll see,” Miami defensive coordinator Blake Baker said. “We got beat by him a couple times last year and we weren’t the only team, when you look at his body of work…dynamic with the ball in his hands through receptions or through the jet sweeps.” 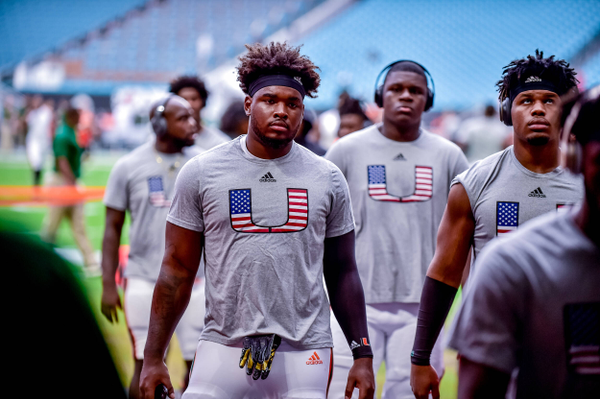 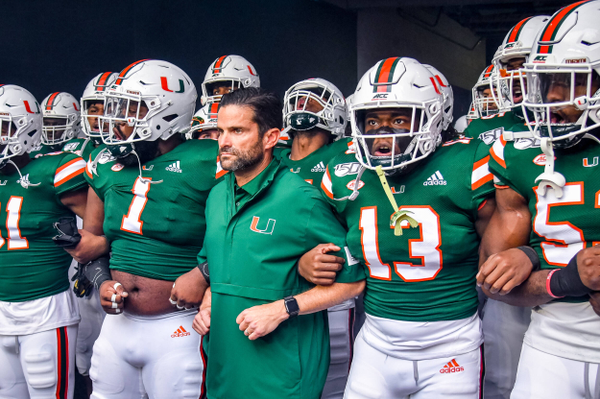 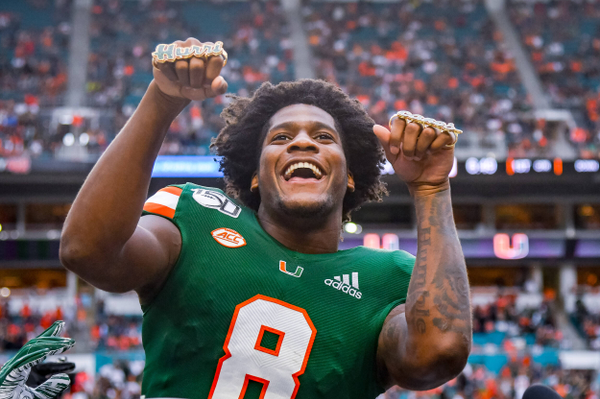 Both Diaz and Baker said that the Hurricanes’ earned an important week of game reps against the outside zone running game of UAB. The Blazers gained more than 35 yards on just one of their 13 offensive drives and were held to just 80 combined rushing yards, but the Hurricanes expect things will be tougher against the Cardinals, who have come close to perfecting the scheme under second-year head coach Scott Satterfield.

“Last week I thought we played it really well. I think this week, it presents a different challenge,” Baker said. “With UAB, while it was new to them schematically from what they had shown the previous year, they obviously haven’t had as many at-bats as a team like Louisville, who has done this for a couple years now. We’ll have our hands full.”

Similar to its upcoming opponent, Miami faced adversity Thursday night from a talented UAB team that had won 28 games over the previous three seasons. Leading 17-14 in the third quarter of their opener at Hard Rock Stadium, the Hurricanes managed to pull away by scoring the game’s final 14 points in an eventual 31-14 win.

Diaz pointed to the landscape across college football to question results that have been deemed “upsets” in other parts of the country.

“Defensively, there will be defenses that we play this year that aren’t as good as [UAB’s] defense. They won’t lose many more games this year. Getting that adversity, getting that challenge…look at college football on Saturday. These games we call upsets, sometimes they’re not as much of an upset as we think they are. Our guys learned a lot. They were certainly tested, and I think we will be better for that going into Game 2.” 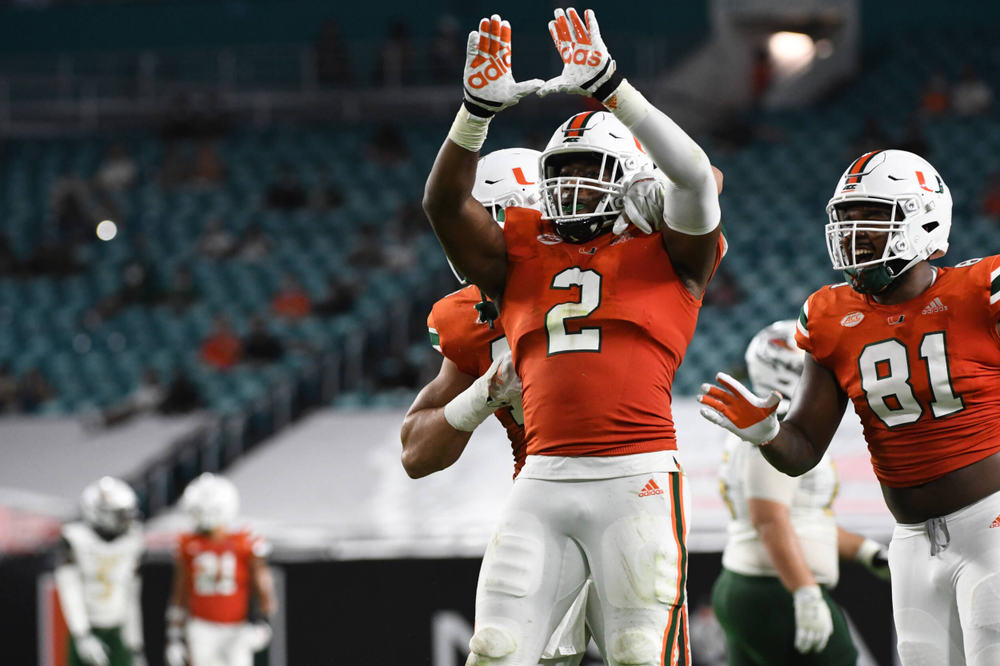 There are many things Diaz cannot anticipate as Miami hits the road for the very first time this weekend.

Flying to the game as a team, staying on the road and even transportation to the game – afterthoughts in previous years – will be affected by the COVID-19 pandemic.

More than the College GameDay site, the flights from Miami or wearing masks on the bus ride, Diaz said his Hurricanes remain focused as they open ACC play on the road for the sixth time in the last seven years.

In his response, the second-year head coach emphasized words that were never promised in 2020:

“At some point, it’s going to be 7:30 Saturday night and we’ll go play a football game,” he said.