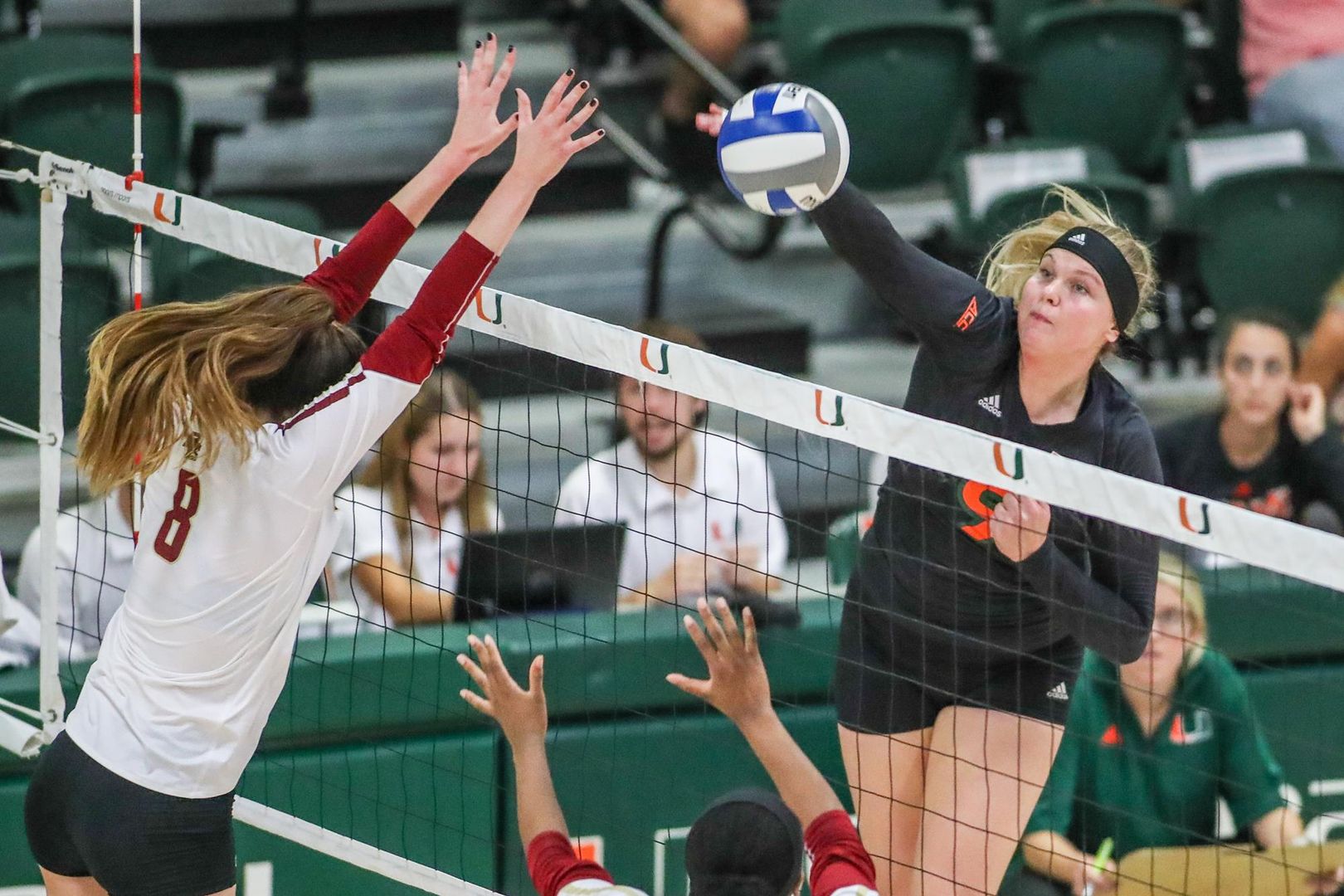 CORAL GABLES, Fla. – Elizaveta Lukianova of the Miami women’s volleyball program was named to the All-ACC Academic team for the second year in a row, as announced by the league.

For the seventh consecutive season, Miami has placed at least one student-athlete on conference’s academic team. Lukianova is one of 10 players to have earned the honor more than once, while 23 join the team for the first time in their careers.

The Russia native finished the season with 302 kills, just two shy of tying her career high and hit a team-high .273 percentage and tallied a season-high 71 blocks. Lukianova led Miami in kills in 11 matches and in blocks six times.

This is Lukianova’s third conference honor this season after being the lone Cane tabbed to the 2019 All-ACC Preseason Team.

Minimum academic requirements for selection to the All-ACC Academic Team are a 3.0 grade point average for the previous semester and a 3.0 cumulative average during one’s academic career. Athletic achievements during the most recent season are also considered in selecting the team.