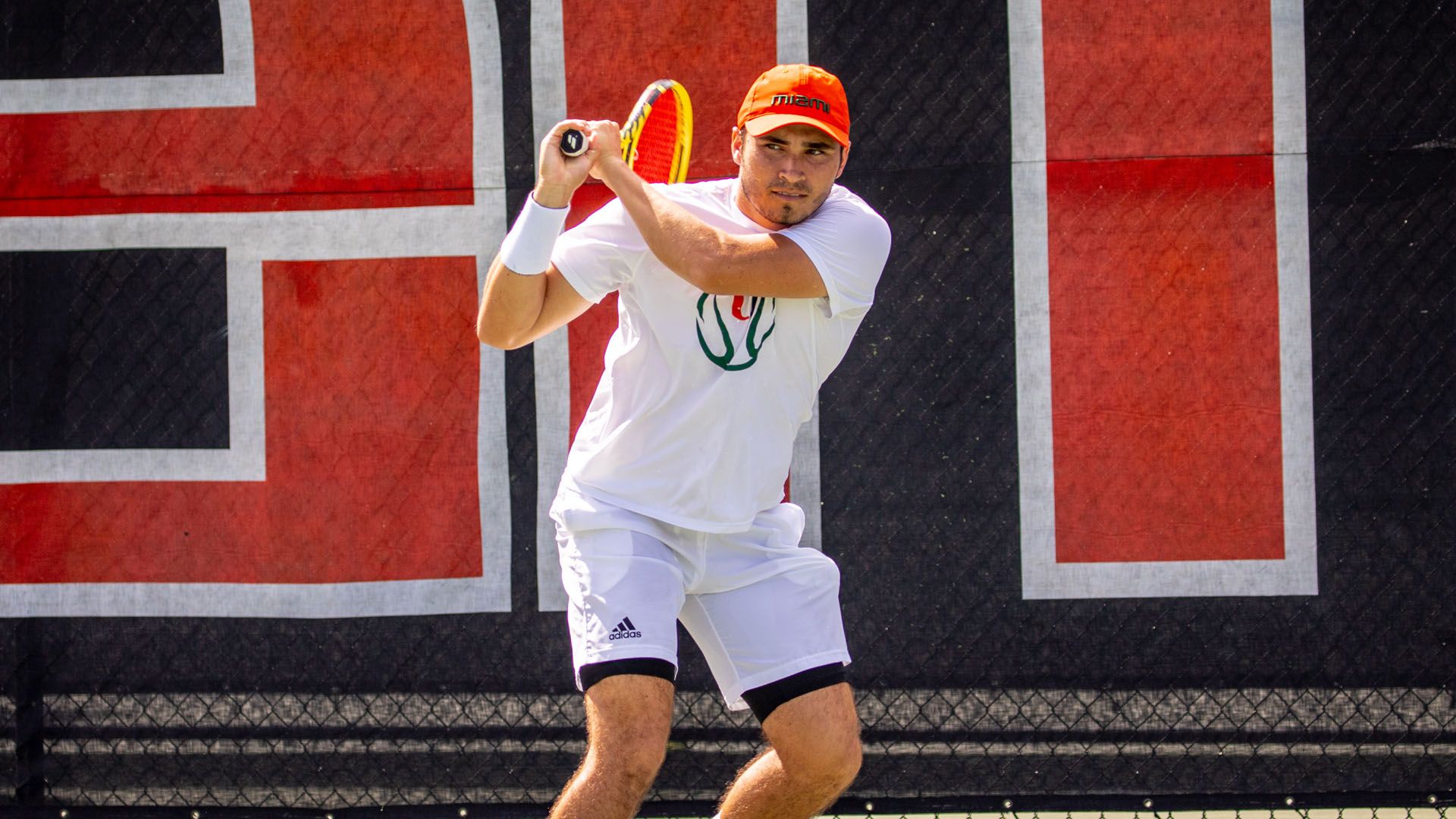 CORAL GABLES, Fla. – The University of Miami men’s tennis team will begin its 2020 spring season this weekend, as the Hurricanes are set to host the three-day Miami Spring Invite Friday through Sunday at the Neil Schiff Tennis Center.

Joining Miami in the field are second-ranked Texas, No. 19 Georgia and Wisconsin.

Action is set to begin at 9 a.m. both Friday and Saturday, then at 8 a.m. Sunday on the last day of competition. Live stats for the Miami Spring Invite will be available HERE throughout the weekend.

Miami features three nationally-ranked players, with junior Adria Soriano Barrera closing out the fall sitting at No. 63 in singles, while junior Benjamin Hannestad and sophomore Franco Aubone check in at ninth in the doubles poll.

The defending national champion, Texas, leads the quartet of programs with three nationally-ranked singles players and four doubles pairs. Yuya Ito, ranked second, leads the charge, followed closely by No. 13 Christian Sigsgaard and No. 63 Siem Woldeab. In doubles, Sigsgaard and Ito team up to form the nation’s fourth-ranked doubles pair. In addition, Woldeab and Sigsgaard rank No. 23, while Ito and Woldeab rank No. 38. Rounding out the group, Jacob Bullard and Eshan Talluri sit at No. 46.

Matching Texas’ trio of ranked singles athletes, Georgia enters the weekend led by No. 12 Philip Henning. Joining Henning among the nation’s top 100, Trent Bryde sits at No. 57, while Blake Croyder enters the spring tied for No. 88. In doubles, Croyder and Henning closed out the fall ranked No. 17.

Wisconsin enters the weekend with no ranked singles or doubles players and capped the 2019 campaign with a 10-12 (4-7 B1G) mark.

After the Miami Spring Invite, the Hurricanes begin dual match play Friday, Jan. 17 at the Neil Schiff Tennis Center, starting with a noon matchup against the College of Charleston.