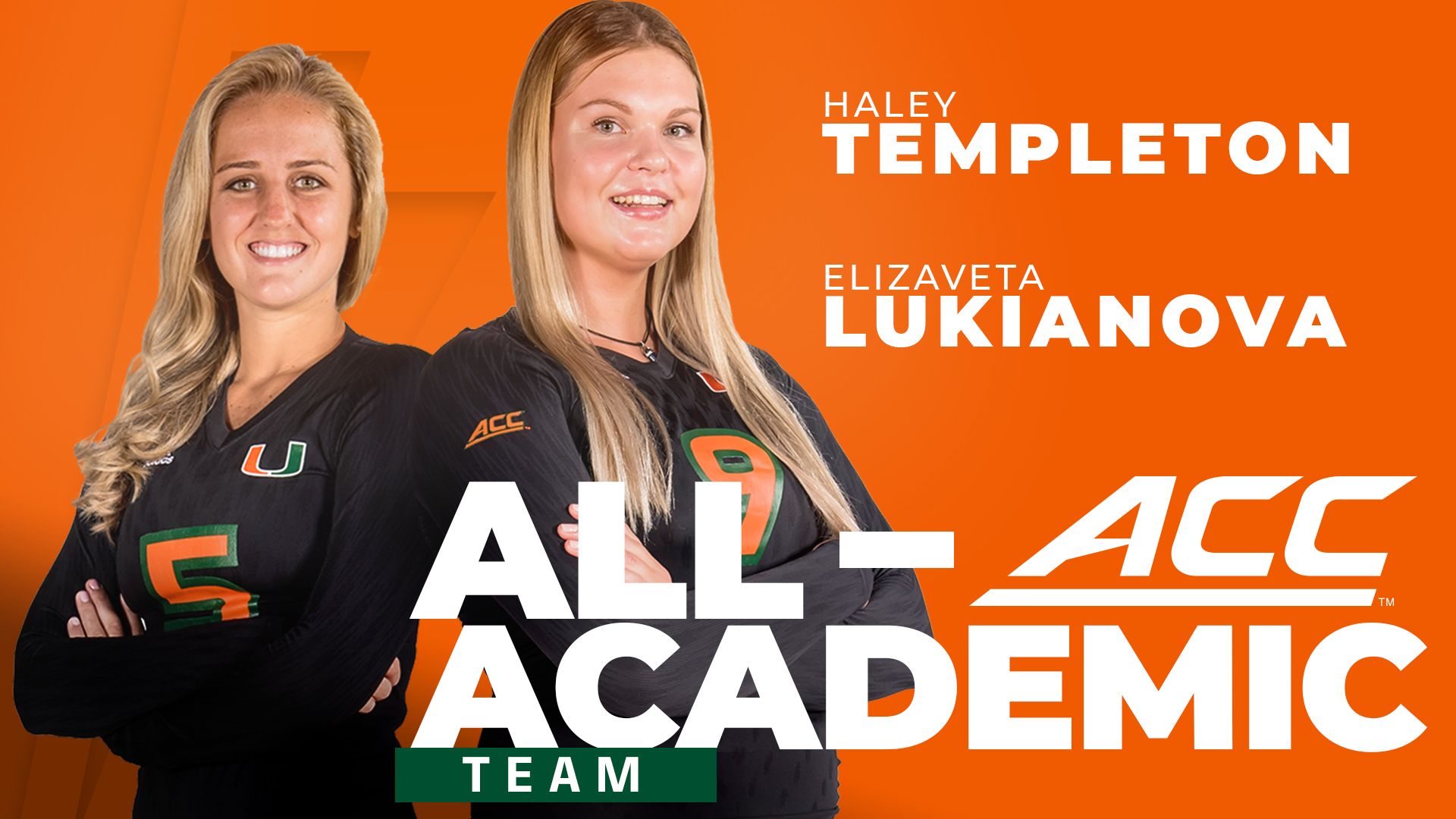 CORAL GABLES, Fla. –  Elizaveta Lukianova and Haley Templeton of the Miami women’s volleyball team were named to the All-ACC Academic Team, as announced Wednesday by the league.

For the sixth consecutive season, the Canes have placed at least two student-athletes on the All-ACC Academic team.

“We are extremely proud of Liza and Haley for earning this award,” head coach Jose “Keno” Gandara said. “We always stress the importance of success both on the court and in the classroom. They are both very hard workers and I’m happy their work ethic was recognized.”

This is the first time Lukianova has earned this accolade, while Templeton is a three-time recipient.

Lukianova, a redshirt sophomore, is currently double-majoring in the marketing and management and is a Book Buster Club member. Along with being named to the All-Academic team, Lukianova earned her first conference honor and was named to the All-ACC Second Team after posting a career-high and a team-leading 304 kills and 57 blocks.

The redshirt sophomore finished with the Canes’ second best attack percentage (.303) and emerged as one of the most dominant threats on offense for Miami.

Redshirt senior setter Templeton is one of four players to be named to the All-ACC Academic team for the third time. Of the 34 student-athletes on the 2018 All-Academic Team, only senior Santita Ebangwese of Syracuse has been honored with the award four times.

Templeton adds yet another award to her illustrious career with the Canes, having also been named to the All-ACC First Team and AVCA East Coast Region Team in 2018. The Alpharetta, Ga., native is a four-time All-ACC honoree after who registered 961 assists, 156 digs, 86 kills and a team-leading 37 service aces in her final season at UM.

Templeton is a member of the Book Buster Club, an Athletic Director’s Honor Roll, Dean’s List and Provost Honor Roll after triple-majoring in economics, finance and marketing. She is currently earning her Masters in International Business Studies.

Minimum academic requirements for selection to the All-ACC Academic Team are a 3.0 grade point average for the previous semester and a 3.0 cumulative average during one’s academic career. Athletic achievements during the most recent season are also considered in selecting the team.