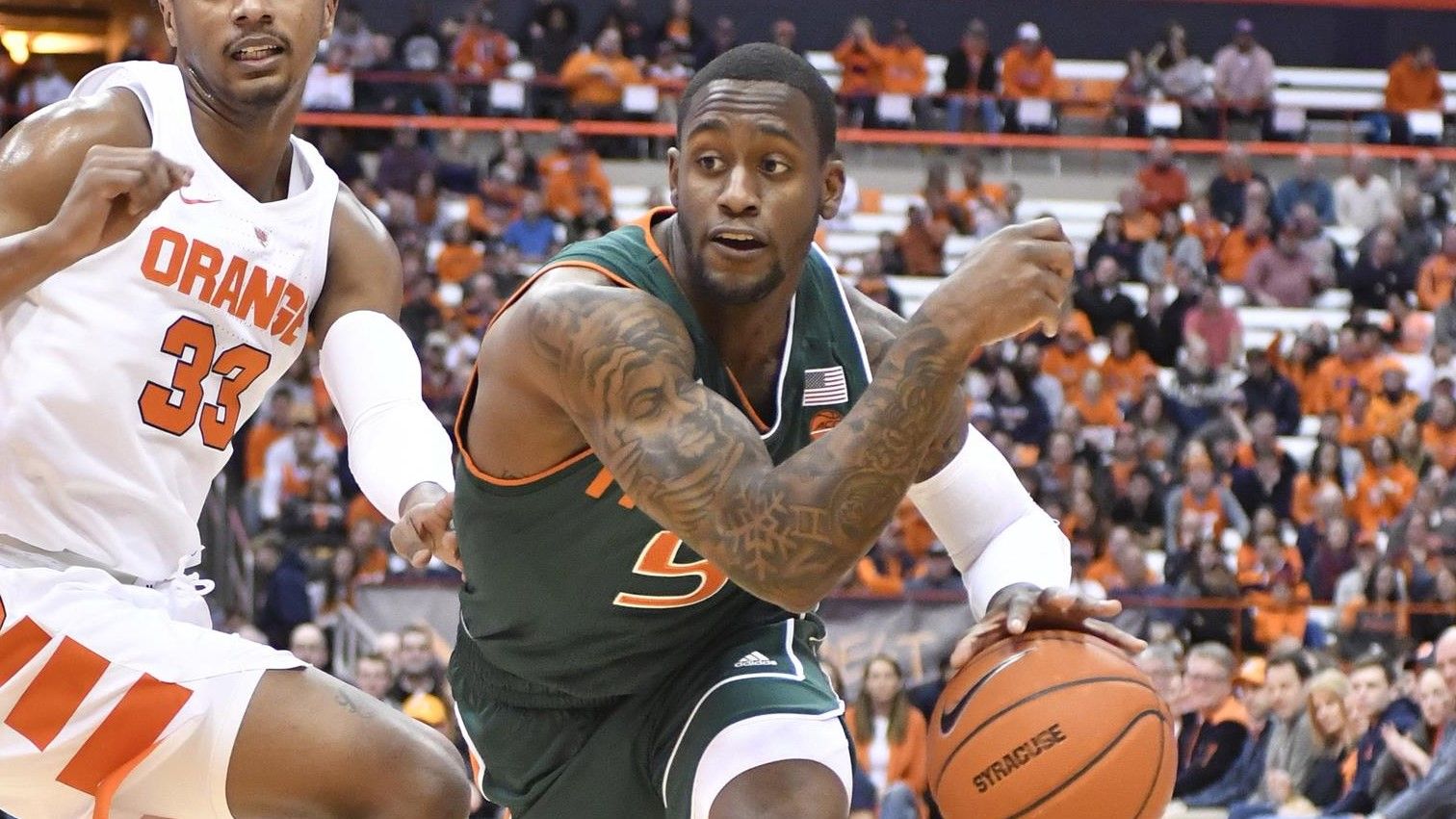 CORAL GABLES, Fla. – The University of Miami men’s basketball team takes on No. 12 Virginia Tech at 7 p.m. Wednesday at the Watsco Center. ESPN2 has the television broadcast.

Tickets remain available and can be purchased online HERE or at the Watsco Center ticket office.

Things To Know
• Miami is playing its second straight ranked foe and is in a stretch in which it faces four ranked opponents in five games. The stretch continues Saturday at No. 3 Virginia.
• Junior Dewan Hernandez announced Monday that he is withdrawing from the University of Miami to prepare for the 2019 NBA Draft.
• Miami is the only team among basketball’s six power conferences with five players averaging at least 11.6 ppg apiece.
• DJ Vasiljevic has hit at least one 3-pointer in 32 straight games – the longest current streak in the ACC – and is 10th in career 3-pointers at UM.
• UM has led in the second half in 16 of its 19 games.
• Miami averages 8.7 3-pointers per game (third in ACC; Virginia Tech is first at 10.6 per game).
• Zach Johnson is one of 14 players nationally with 1,500 career points and 350 assists.
• As a team Miami ranks seventh nationally in fewest fouls per game (14.5).

Following its 78-66 loss to No. 23 Florida State on Sunday, Miami (9-10, 1-6 ACC) has dropped its last three games. The Seminoles jumped to a quick 7-0 advantage and did not trail in the game. UM pulled to within three, 30-27, before the Seminoles ran off 15 straight points over the next four minutes to take control. Vasiljevic led Miami with 11 points, but Miami shot just 41.8 percent from the field, while FSU hit on 56 percent of its field-goal attempts.

Ranked No. 12 nationally in the latest Associated Press Poll and No. 11 in the USA Today Coaches Poll, Virginia Tech (16-3, 5-2) is coming off a commanding 78-56 win over Syracuse Saturday night in Blacksburg, Va. The Hokies boast the ACC’s reigning Player of the Week, Justin Robinson, who scored 35 points and hit 9-of-13 3-pointers against the Orange. Nickeil Alexander-Walker leads the Hokies in scoring at 17.5 ppg, while Robinson is averaging 14.2 ppg and 5.6 apg. As a team the Hokies are averaging 78.6 ppg and allowing just 61.6 ppg.

Miami leads the series with Virginia Tech, 22-14. UM toppled the Hokies twice last season and has won four of the last five matchups. In a pair of close matchups last season, UM beat the Hokies, 84-75, on Feb. 3 in Blacksburg and rallied to win, 69-68, on March 3 in Coral Gables in the regular-season finale.

Miami travels to No. 3 Virginia Saturday for a 2 p.m. contest before returning home next Wednesday (Feb. 3) to take on Notre Dame in a 7 p.m. matchup.