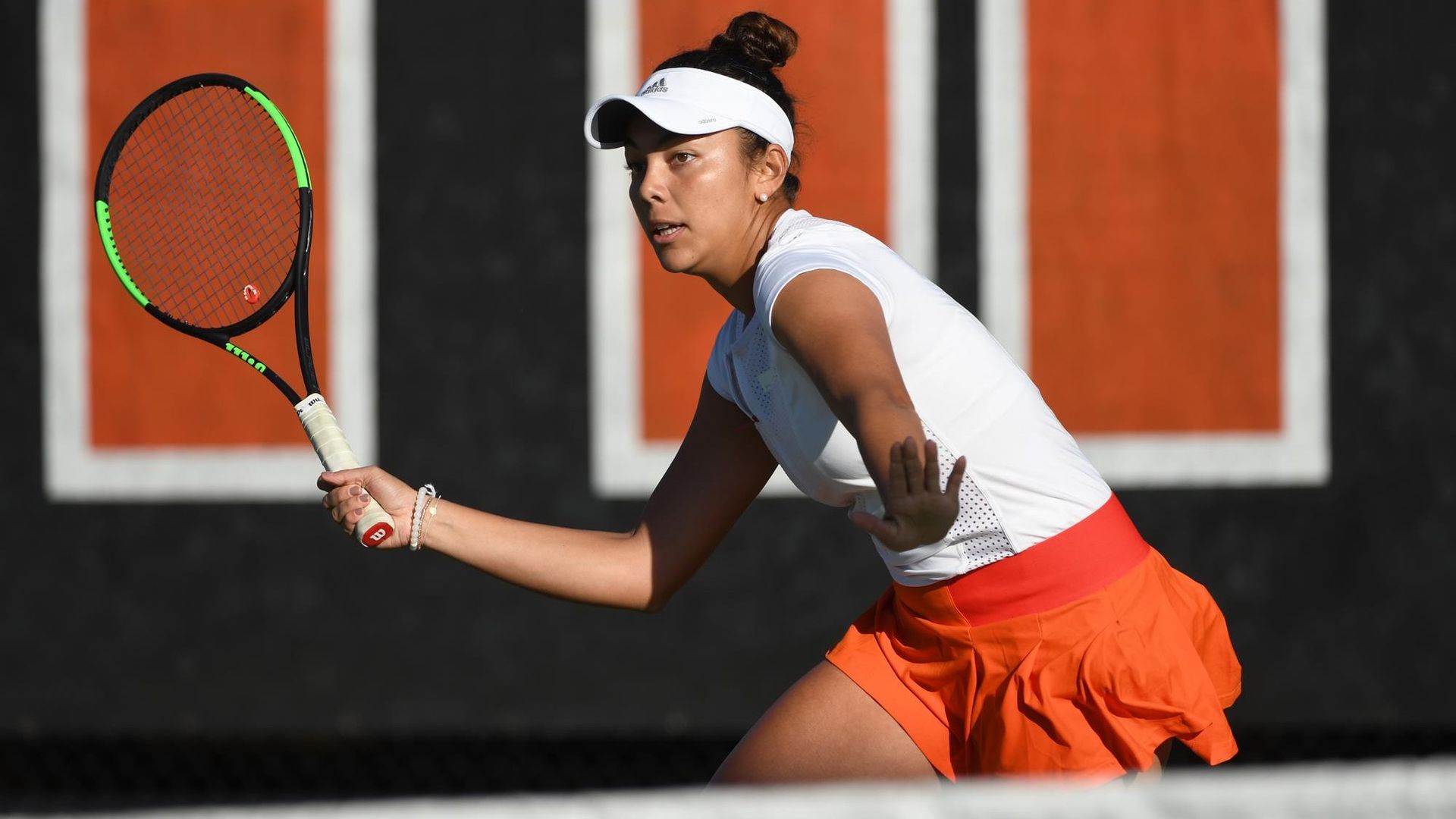 CORAL GABLES, Fla. – The University of Miami women’s tennis team retained its No. 17 position in the Oracle/ITA national rankings, as announced Wednesday afternoon.

This is the first rankings release since the initial announcement came Jan. 9. After opening play in the Miami Spring Invite Jan. 11-13, the Hurricanes began dual match play over the weekend.

Miami first notched a 7-0 victory Friday at Florida Atlantic, before traveling to Fort Myers, Fla., for a pair of matches the next day. The Hurricanes defeated FGCU, 6-1, and then topped Cornell by the same score in a neutral-site affair.

The Hurricanes are one of seven ACC schools in the top 25, alongside third-ranked North Carolina, fourth-ranked Duke, No. 13 Georgia Tech, No. 15 Florida State, No. 21 Virginia and No. 24 Syracuse. In addition, NC State is one of two teams in the receiving votes category.

Miami resumes play this weekend in Evanston, Ill., for ITA Kick-Off Weekend. All four schools in the pod are in the top 25, as the Hurricanes are joined by No. 20 Northwestern, No. 22 UCF and No. 23 Tulsa.

The Hurricanes open play Saturday at 3 p.m. ET versus Tulsa and then play one of the other two teams the following day at a time to be determined.