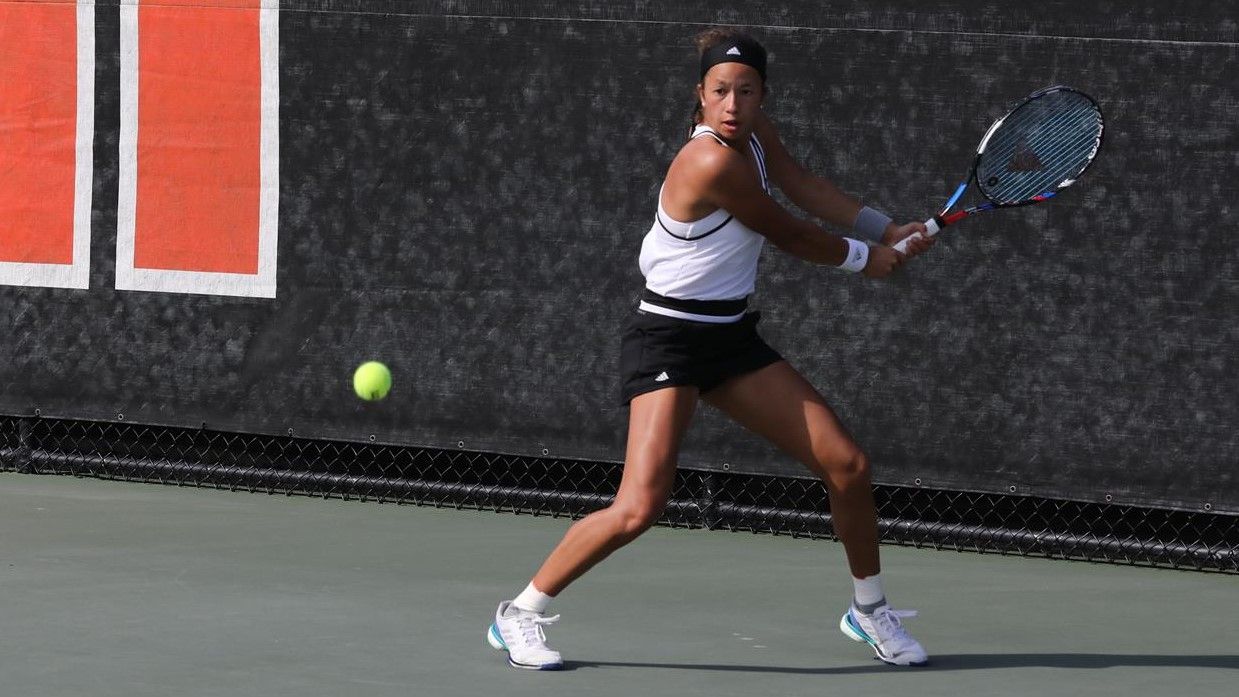 CORAL GABLES, Fla. – The University of Miami women’s tennis team will play its first doubleheader of the season Saturday in Fort Myers, Fla.

The Hurricanes are 4-0 all-time against FGCU, but have never previously played the Eagles away from Coral Gables. Most recently, Miami logged a 4-0 victory on Feb. 10, 2018 at the Neil Schiff Tennis Center. The Hurricanes have not previously faced the Big Red.

Miami has two nationally-ranked singles players in junior Estela Perez-Somarriba and senior Daniella Roldan, checking in at seventh and No. 82, respectively. In doubles, junior Yuna Ito and sophomore Ulyana Shirokova form the No. 51-ranked duos in the country.

FGCU is 1-1 thus far on the season, while Cornell begins dual match play Saturday at 10 a.m. against Georgia State. Neither team has any ranked individuals or pairs.