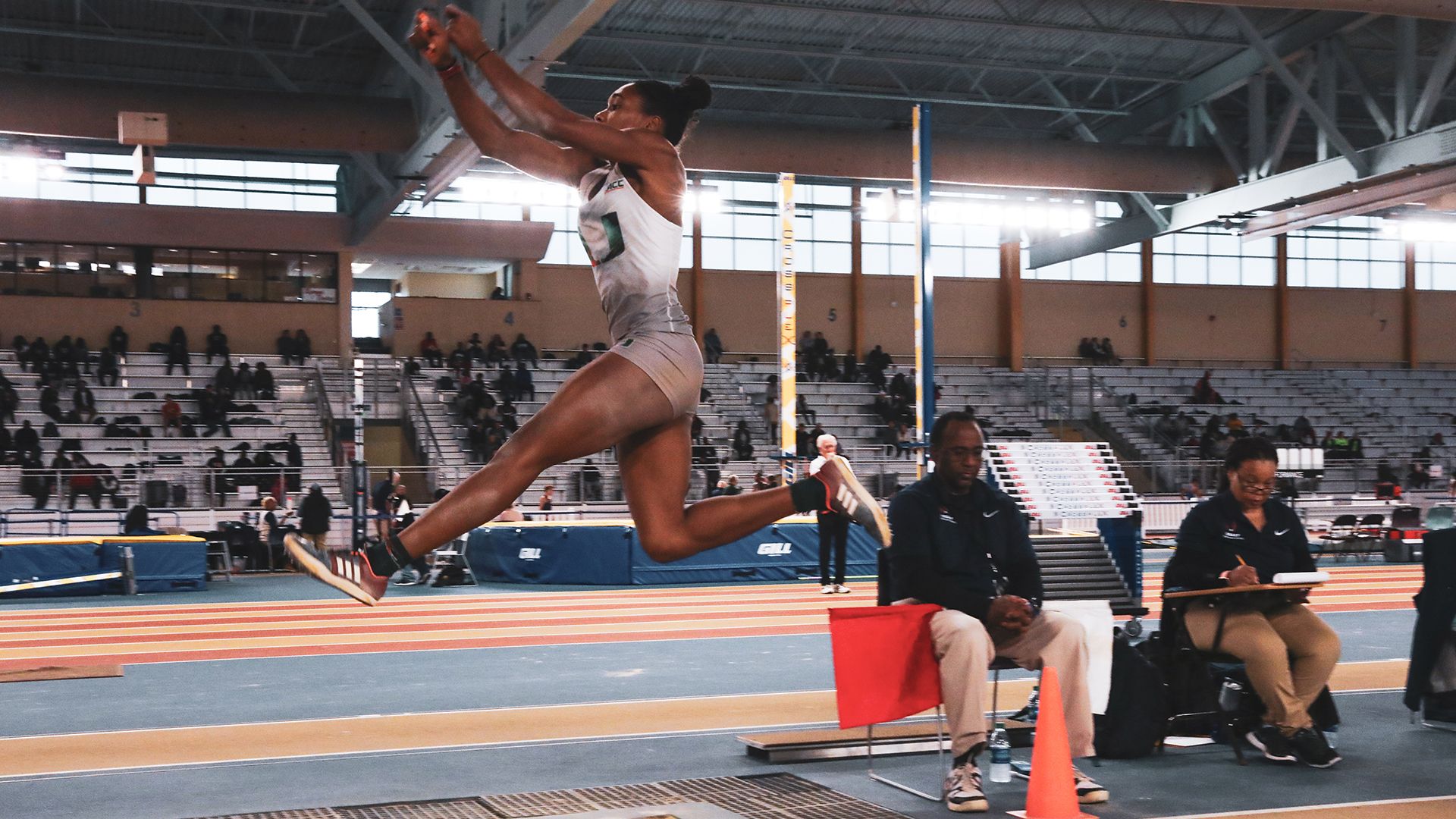 BIRMINGHAM, Ala. – The University of Miami track and field team closed out the opening weekend of the 2019 indoor season with wins in both the women’s shot put and long jump at the Vulcan Invitational.

“Part of the training plan coming into this weekend was to double the athletes and have them come back and run a second day,” head coach Amy Deem said. “I was really pleased with the field events. I think we accomplished what we set out to do today and I’m looking forward to getting ready for the next one”

The 2018 ACC Outdoor Field MVP Michelle Atherley led the Canes in the field with a personal best mark of 5.93m in the long jump on Saturday, winning the women’s long jump. Junior Darlene Charles continued her success from Friday’s meet into the long jump and finished ninth with a mark of 5.23m.

“Michelle’s personal best was great to see and it was good because this is her only meet to prep for the multis in a couple weeks,” Deem said.

Miami dominated the women’s shot put taking both first and second place thanks to freshman phenom Selina Dantzler who won her first event with the Canes with a mark of 15.38m. Sophomore standout Debbie Ajagbe finished close behind with a mark of 15.08m for second.

“Selina came in and threw so well as a freshman, coming off the big year that she had last year and the break,” Deem said.

Sherry Lubin’s mark of 14.23m was good for sixth place, while freshman Hannah-Sophia Hall placed seventh with a mark 13.98m. Andreas Christodoulou came in fifth in the men’s shot put with a mark of 12.31m.

The Canes were well represented in the track events with plenty of newcomers making early names for themselves.

Kayla Johnson was .02 seconds away from her personal best time in the 400m finals,  recording a time of 54.26 for second place. Sophomore Isabella Gentil closed out her weekend with a time of 1:00.72 in the same event.

For the men, freshman Thomas Burns ran a dominating race finishing second overall with a time of 47.94 seconds. Fellow freshman Davonte Fuller posted a time of 48.89 to place sixth. Paul Spada and Luca Bhalla finished with a time of 51.75 and 53.07, respectively.

Freshman Tia Murray concluded her debut weekend with the Canes running a 7.97 in the 60m preliminaries, besting her qualifying time of 8.03 seconds.

Auburn transfer Xavier Coakley had a standout opening weekend for Miami reaching the finals of the men’s 60m hurdles with a time of 8.18 seconds. Coakley didn’t finish the finals.

“I think Xavier is going to do a lot for us in the hurdles in the future,” Deem said. “For coming to us at the midterm, he really put on a good race earlier today and I think it will give us something to build upon.”

The Canes have a week off from action before heading to Lubbock, Texas, for the Texas Tech Classic on Jan. 25 and Jan. 26.
For all the latest information on the Miami Hurricanes, follow the official Twitter feed, @MiamiHurricanes, or “Like Us” on Facebook at http://www.facebook.com/MiamiHurricanes. Follow @CanesTrack on Twitter for specific news on UM track and field and cross country. The program is also on Instagram.