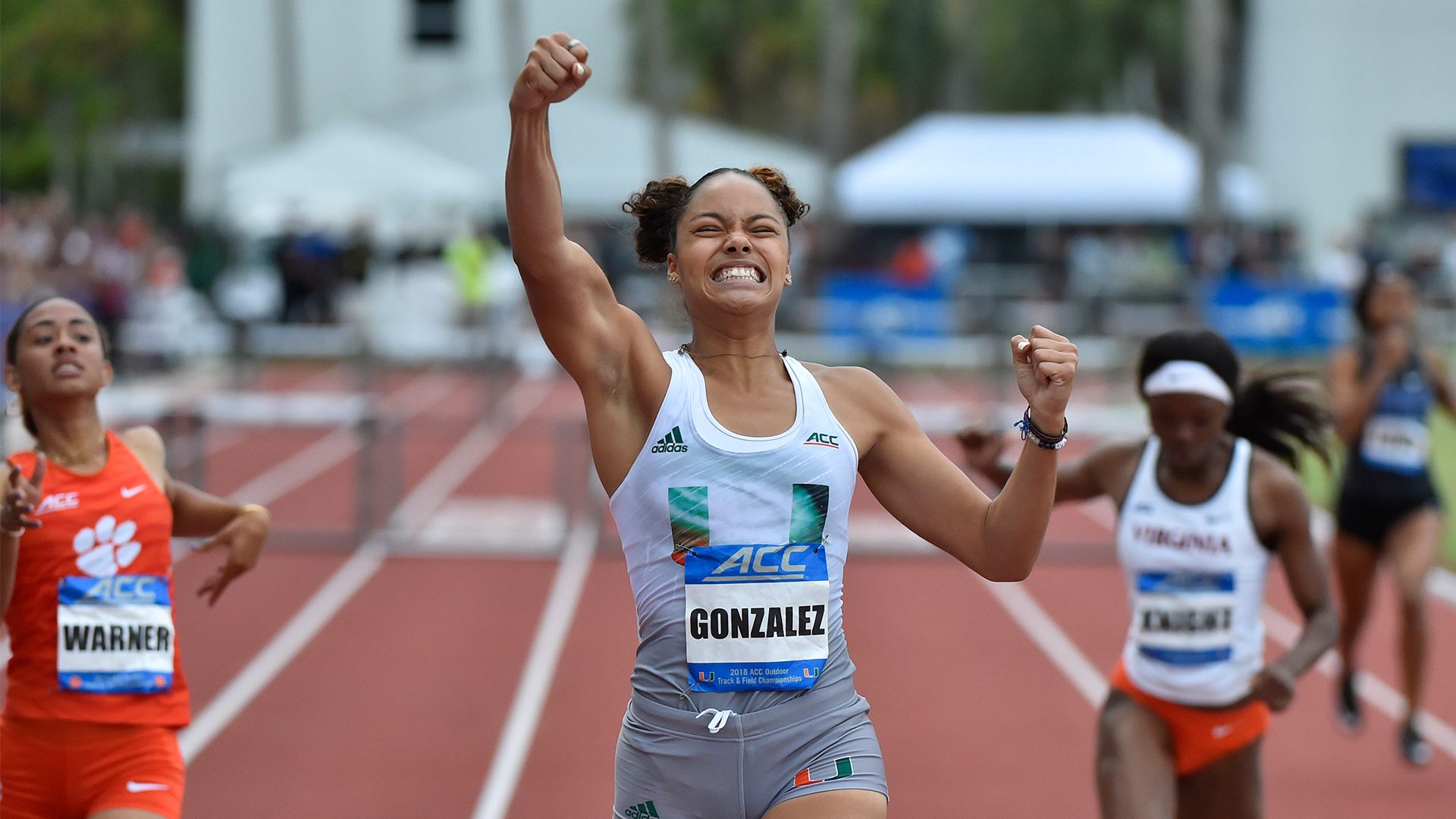 Following the Blazer Invitational, a number of Canes are set to compete in the Vulcan Invitational held by the Blazers on Saturday.

Saturday’s meet will again begin with the men’s shot put starting at 8 a.m., with more field events to follow and the first track event, the men’s 5,000m, set to start at 11 a.m. The 4x400m relay and the women’s weight throw will conclude the final day of competition for the Canes at 6:15 p.m.

This is the second straight season the Canes will begin the indoor season in Birmingham and will return a variety of talented athletes to the Birmingham CrossPlex. Miami brings back 2018 ACC Outdoor Track MVP Symone Mason and 2018 ACC Outdoor Field and Michelle Atherley.

In addition to Mason and Atherley, the Canes return a core group of veterans in Anne den Otter, Brittny Ellis, Samantha Gonzalez, Anna Runia and Celine Thompson. That group is bolstered by European standout freshman Molly Caudery in pole vault and Selina Dantzler in the shot put.

On the men’s side, Miami is led in the field by 2018 ACC medalist Kevin Arreaga who earned a bronze medal in the weight throw at the conference meet. Seniors Andreas Christodoulou and Isaiah Taylor are two more veteran leaders for the Miami men, with Christodoulou excelling in the multi-events and Taylor in the sprints.

Hasani Knight returns to Birmingham one year after an outstanding collegiate debut at the 2018 UAB Blazer Invitational. Then a freshman, Knight earned ACC Performer of the Week honors after winning the men’s triple jump at the meet with the fourth-best mark in school history.

Six freshmen will make their Miami debut on Friday in all track events, along with senior Auburn transfer Xavier Coakley in the 60m.

Following this weekend’s action at UAB, the Canes will have one week off before traveling to Lubbock, Texas, for the Texas Tech Classic on Jan. 25.