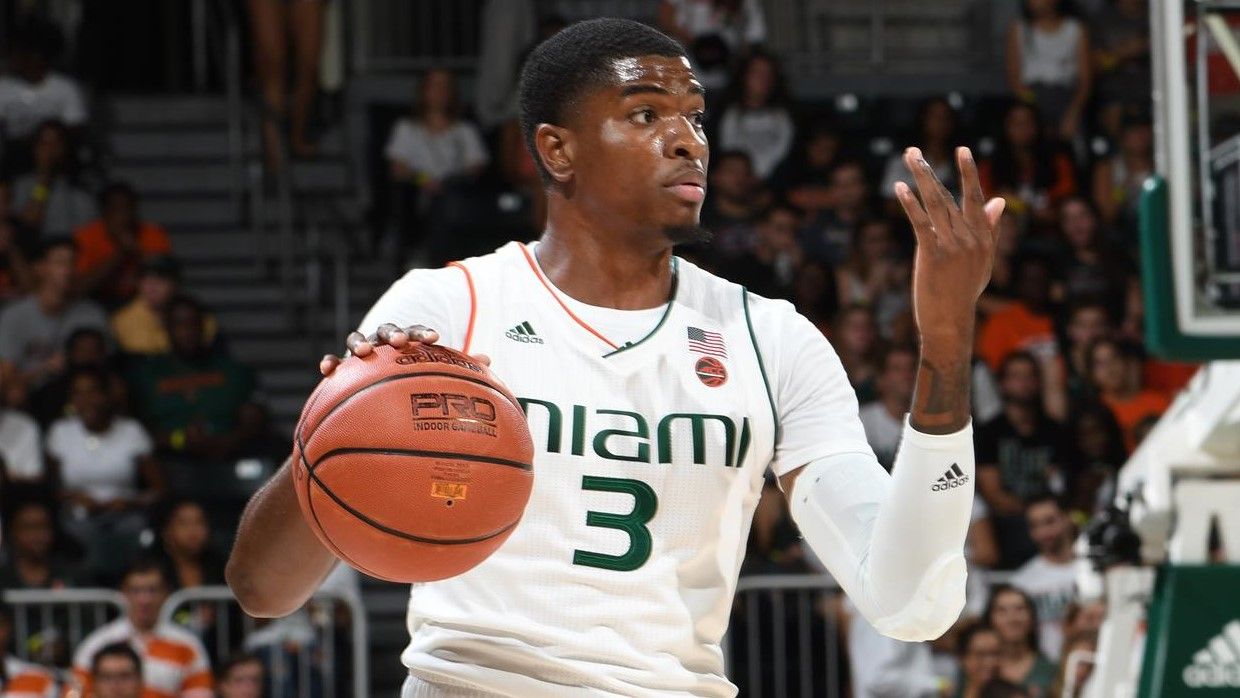 CORAL GABLES, Fla. – The University of Miami men’s basketball team opens ACC play at 7 p.m. Thursday when it entertains No. 18 NC State at the Watsco Center.

Tickets remain available and can be purchased online HERE or at the Watsco Center ticket office.

Things To Know
• Miami is the only ACC team with five players averaging in double-figure scoring.
• Miami was picked 10th in the 2018-19 ACC Preseason Poll but UM exceeded its predicted finish in each of Jim Larrañaga’s first seven seasons.
• UM joins Virginia, Duke and UNC as the lone teams to win 10 or more ACC games each of the last four years.
• Ebuka Izundu leads the ACC in field-goal percentage (.693) and is fifth in rebounding (9.3).
• Anthony Lawrence II has averaged 15 points and seven rebounds in Miami’s last three wins.
• Zach Johnson reached 1,500 career points with his 22-point effort Saturday (first three years at FGCU).
• DJ Vasiljevic has hit at least one 3-pointer in 25 straight games – the longest current streak in the ACC.
• Chris Lykes is 10th in the ACC in scoring (16.6).
• UM averages 8.8 3-pointers per game (third in ACC). NC State is fourth at 8.7 per game.
• Junior forward Dewan Hernandez has been withheld from competition thus far as the University and NCAA review his eligibility.

Winners of three straight games, Miami (8-4) is facing its first top-25 opponent of the season. Nine of UM’s 18 conference games pit the Canes against teams currently ranked in the AP Top 20, including home-and-homes with Florida State, North Carolina and Virginia Tech. Miami and Wake Forest each play a league-high nine games against ACC teams that currently are ranked in the top 20.

After scoring 21 points Saturday against Campbell, Lykes leads five Miami players who are averaging in double-figure scoring this season at 16.6 points per game. Lawrence (13.3), Johnson (13.3), Vasiljevic (12.5) and Izundu (12.2) also are averaging over a dozen points per game. Miami is scoring 77.6 ppg this year and giving up 67.6 ppg.

Miami plays its first ACC road game on Sunday (Jan. 6) when it travels to Louisville for a 6 p.m. game that will be broadcast by ESPNU.