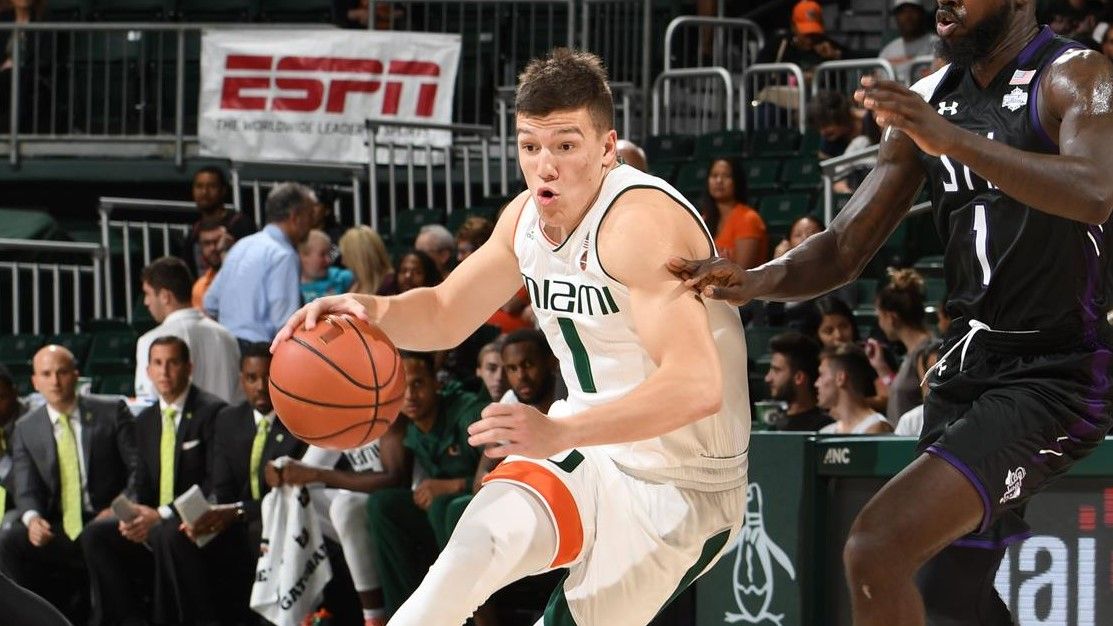 CORAL GABLES, Fla. – The University of Miami men’s basketball team heads downtown Saturday night to take on Yale in the Hoophall Miami Invitational at AmericanAirlines Arena. Game time is 7:30 p.m. ESPN3 has the live broadcast online via ESPN3, while the Canes’ radio broadcast airs on AM-790 The Ticket and also streams online on HurricaneSports.com, Radio.com and the TuneIn app.

Tickets remain available and can be purchased online HERE.

Things To Know
• Miami is playing its fifth game in a stretch of six games in 13 days prior to heading into its break for final exams.
• Miami is averaging 79.3 ppg this season, while Yale stands at 87.8 ppg.
• Miami is the only ACC team with five players averaging in double-figure scoring.
• Opponents are shooting 27.9 percent from 3-point range (second lowest in ACC).
• Ebuka Izundu has scored 10 or more points in all but one game and ranks fourth in the ACC in rebounding at 9.0 per game.
• Chris Lykes is seventh in the ACC in scoring (17.7).
• Zach Johnson averaged 18.0 ppg at the Wooden Legacy and was named to the all-tournament team.
• Junior forward Dewan Hernandez has been withheld from competition thus far as the University and NCAA review his eligibility.

Miami has dropped back-to-back close games following a 57-54 home setback to Rutgers on Wednesday evening. The Canes shot a season-low 33.8 percent from the field, including 7-for-28 from 3-point range. Anthony Lawrence II led Miami with 16 points, while Ebuka Izundu recorded 12 points and 12 rebounds before leaving the game because of leg cramps.

The matchup with Yale features two high-powered offenses. Miami is scoring 79.3 ppg this year and allowing 65.0 ppg. The Bulldogs rank 17th nationally in scoring at 87.8 ppg. Yale is giving up 77.0 ppg.

Yale is 2-2 after a 103-61 victory at Bryant on Wednesday evening. It marked the second time in four games that the Bulldogs eclipsed the 100-point barrier. Miye Oni leads the team in scoring at 16.0 ppg, while Jordan Bruner has tallied 13.5 ppg. Yale is shooting 51.4 percent as a team and 45.7 percent from 3-point range. The Bulldogs opened the year with a 76-59 neutral-site victory over California.

Miami leads the series with Yale, 4-2, although the programs have not met since Dec. 29, 1986. In the last matchup, also on a neutral floor, Miami scored a 78-75 overtime win in the Palm Beach Hurricane Classic. This is Jim Larrañaga’s first-ever game against Yale as a head coach.

Miami wraps up its busy stretch of games on Tuesday (Dec. 4) when it travels to Philadelphia to battle the Penn Quakers. Game time is 7 p.m. at The Palestra. The game will stream online via ESPN+.