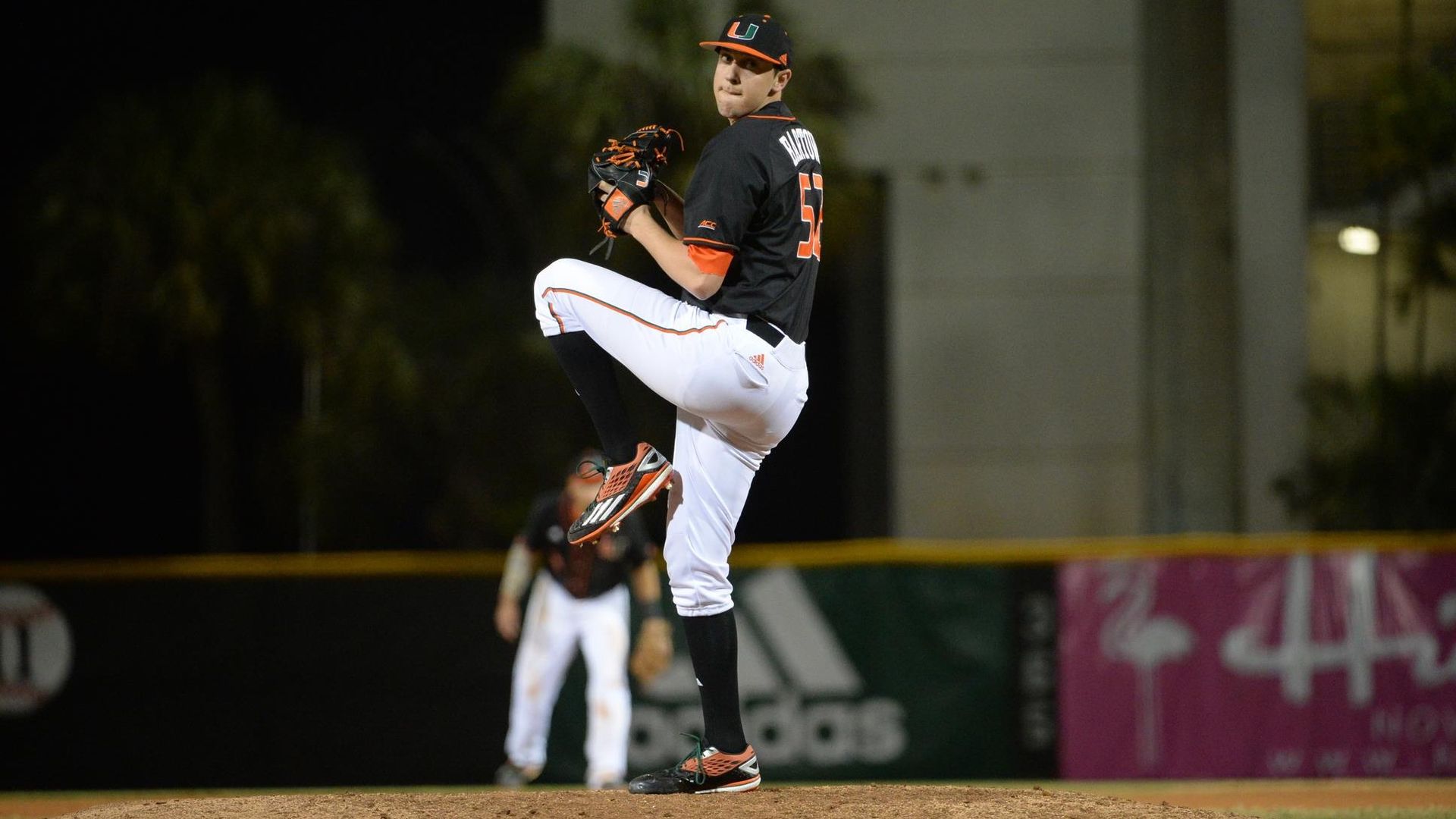 ATLANTA — Miami will be looking to continue its momentum in a weekend series at Russ Chandler Stadium, as the Hurricanes battle host Georgia Tech from March 30 – April 1.

Though the Hurricanes (12-12, 6-3) dropped two of three at a top-25 Duke team in their first weekend of that three-man rotation, Miami’s pitching staff has been sensational recently. Cabezas is 2-0 with a 0.75 ERA in two starts, McKendry has won three ACC Pitcher of the Week awards, and Bargfeldt has continued with the same impressive repertoire that earned him second-team All-ACC honors a season ago.

While McKendry has starred in the rotation with an ACC-leading strikeouts-per-nine mark of more than 14, it appears the Hurricanes are well-positioned heading into the middle part of a grueling ACC schedule.

Freshman righthander Daniel Federman (1-1, 1.51 ERA) has been dominant against talented midweek competition, and is coming off a hard-luck loss in a complete game effort Wednesday night. Federman tossed a career-long eight innings and struck out a career-high seven, but an unearned run proved the difference in a 1-0 loss in Fort Myers.

Bartow, in particular, has been a shining spot in the bullpen; the Miami native has yet to allow an earned run in 10 appearances spanning 15.0 innings. He has 14 strikeouts compared to just two walks and is holding opponents to a .182 average.

The Hurricanes are one of just two teams in the ACC with a staff ERA of under 3.00 (2.78) and rank first in the category. Miami has been even more impressive in conference play, where the Hurricanes have a 1.98 staff ERA against ACC foes.

Miami will need its staff to perform against a Georgia Tech team that is hitting .310 with 31 home runs in offense-friendly Russ Chandler Stadium through its first 25 games.